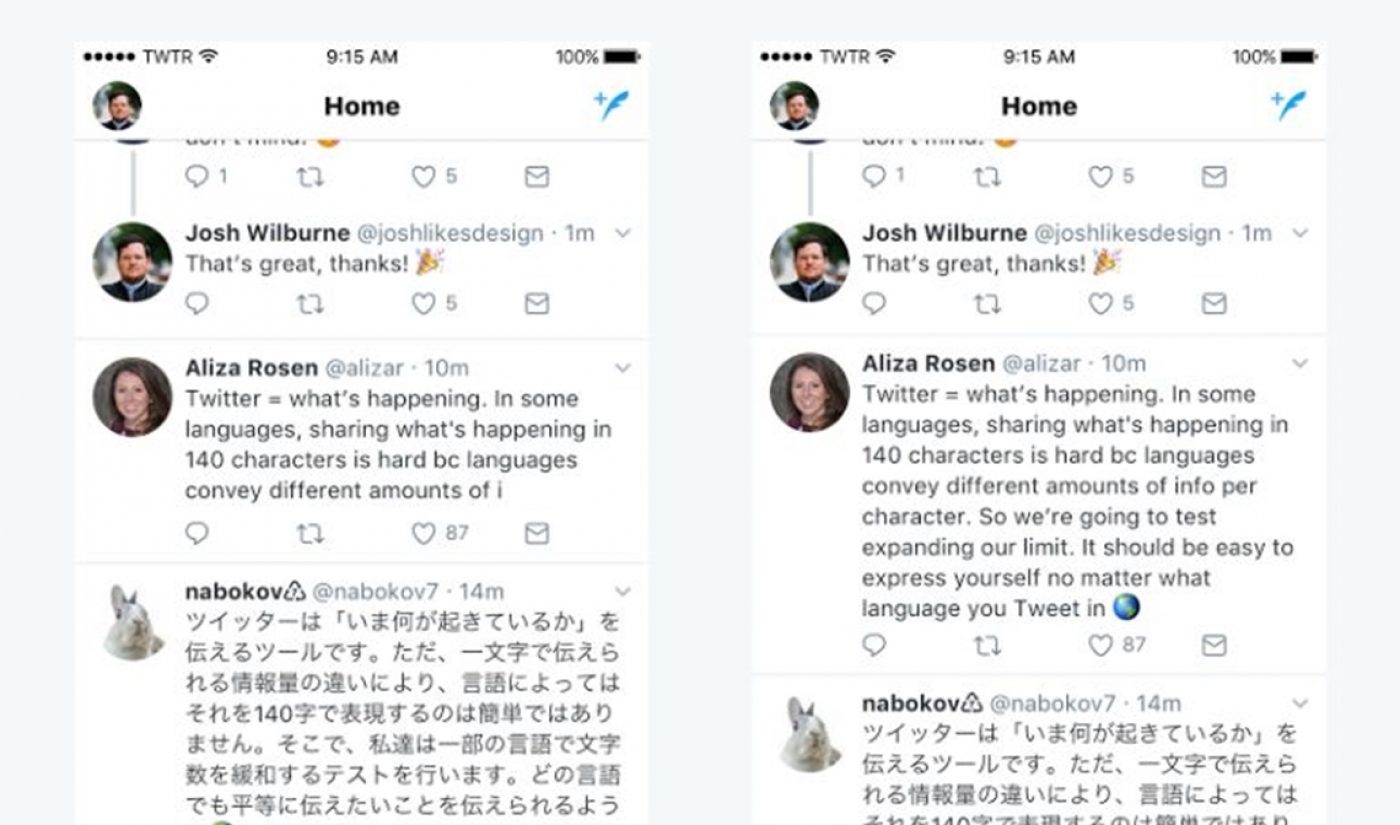 Twitter is testing a new feature that would drastically alter one of its founding principles.

The company shared in a blog post yesterday that it is piloting a doubled 280-character limit to select users in every language except Japanese, Chinese, and Korean. Twitter says that languages like English, Spanish, Portuguese, and French are “impacted by cramming” — meaning that it wants to help users avoid editing out important words from their Tweets that “convey an important meaning or emotion.”

Twitter, which was founded upon a 140-character limit, is rolling out expanded Tweets to a small subset of users, per product manager Aliza Rosen and senior software engineer Ikuhiro Ihara.

Twitter added that it is making the change because only 0.4% of Japanese Tweets push the 140 character limit, whereas in English that ratio is 9%. The fact that Japanese users generally have more room to spare, Twitter found, lessens frustrations around the Tweeting experience and results in more usage. Twitter will continue to collect data and feedback throughout the pilot test, it says.

And while the company says it expects some users to be emotionally attached to 140 characters, it will still remain committed to brevity — calling 280 characters a “new, still brief, constraint.”