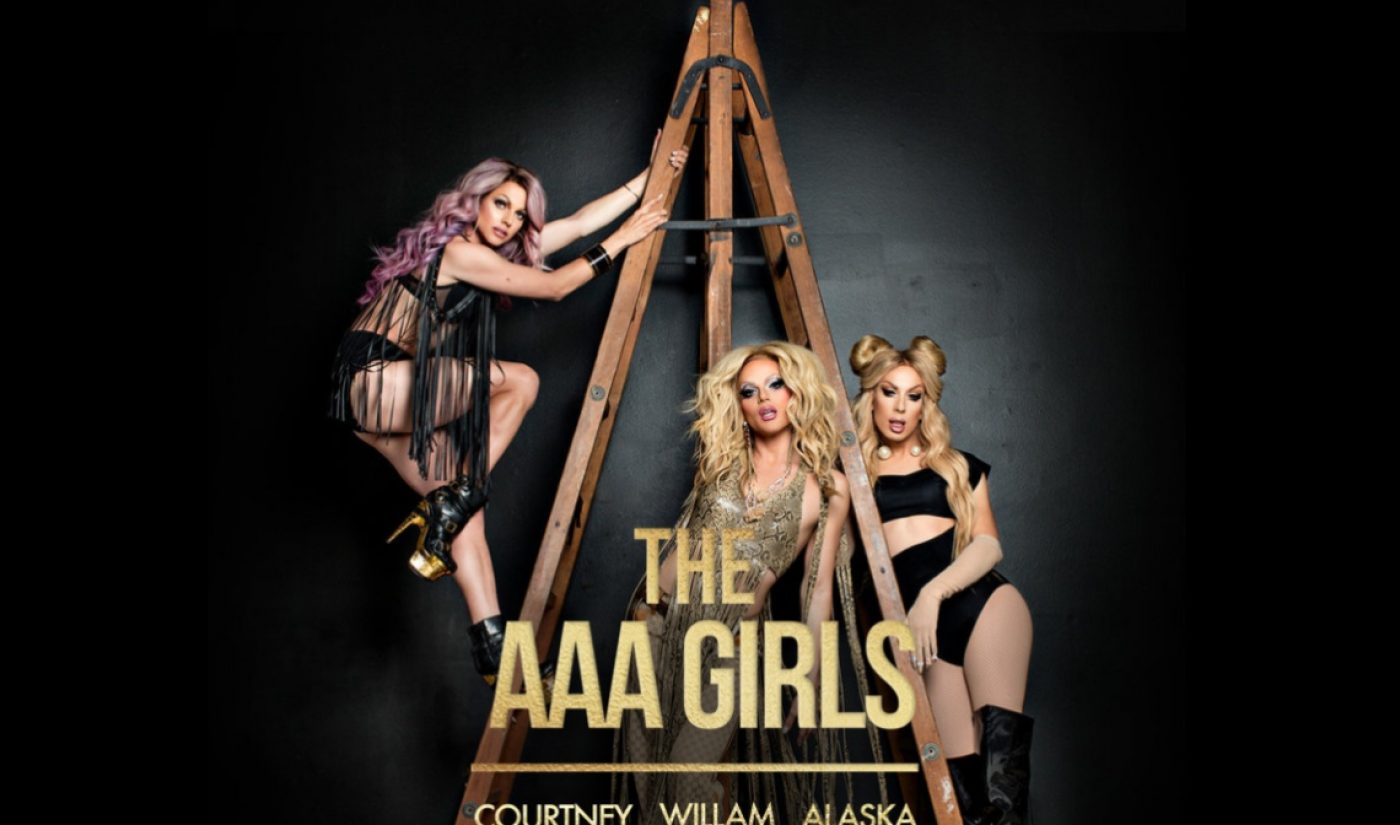 The competition series RuPaul’s Drag Race, which pits top drag queens against one another across a series of fabulous, colorful challenges, is having a moment. It drew record ratings for its season nine finale and hauled in its first-ever crop of Emmy nominations a few weeks later.

Meanwhile, on platforms like YouTube, some of the queens who have appeared on Drag Race are finding big audiences for their vlogs, music videos, and other pieces of glammed-up content. Now, three of those performers, spurned on by their digital successes, are hitting the road. Willam, Alaska Thunderfuck, and Courtney Act, each of whom count hundreds of thousands of subscribers on their respective YouTube channels, are the stars of The AAA Girls, an upcoming tour presented by Fullscreen Live.

The AAA Girls tour will consist of 15 shows across the United States, beginning in Dallas on September 20 and ending in Portland, OR on October 14. At each performance, the leading ladies will entertain fans by performing their songs in over-the-top fashion. The big single on the setlist is titled “AAA,” which stands for “Access All Areas” and comes off The AAA Girls’ first EP.

“I think girl groups are so compelling because they’re sexy and dynamic,” said Alaska in a press release. “I feel very blessed for having made such fun music and content with two people I consider dear friends. These ladies work so hard, and I’m really proud of the work we’ve done together.”

Beyond the upcoming tour, the members of The AAA Girls have managed to parlay their drag careers into a number of opportunities. Willam, for example, is the star of an upcoming Fullscreen show called Suck Less.

Tickets for all the dates on The AAA Girls’ nationwide bash are available through the tour’s website. General admission passes will run you $39 each.