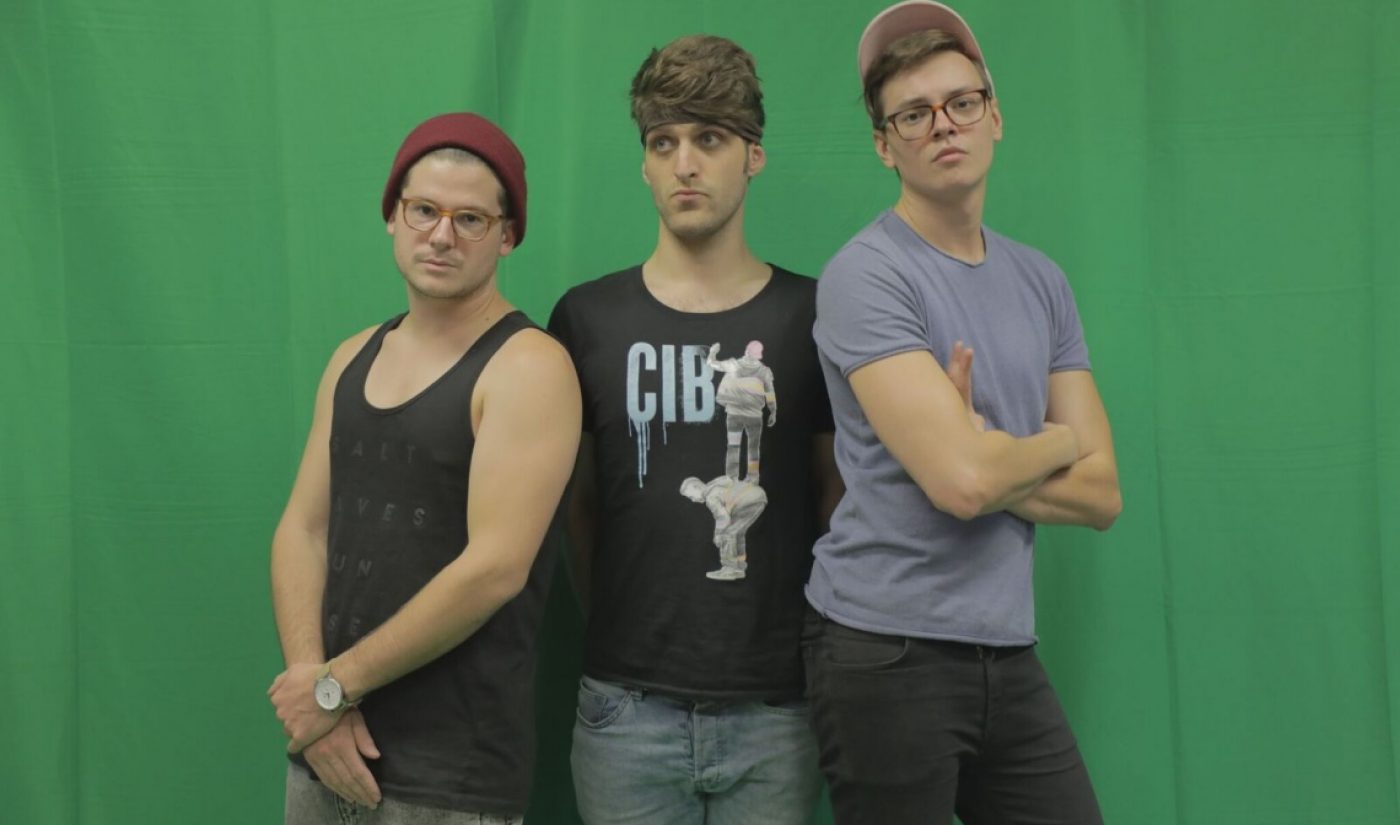 For Steven Suptic, the “alternative lifestyle” is the way to live. That descriptor, delivered with eye-winking humor, serves as the tagline for Sugar Pine 7, a project Suptic has focused on since leaving his previous gig at SourceFed and linking up with Rooster Teeth earlier in 2017. On its surface, Sugar Pine 7 appears to be a standard vlog channel, but watch any of its videos long enough and you’ll discover both its satirical nature and its absurd characters. Beyond Suptic, the Sugar Pine 7 cast includes Clayton “Cib” James, James DeAngelis, and Autumn Farrell. Dive into their adventures, and you’ll discover a world where anything goes — so long as it’s sufficiently irreverent.

Tubefilter: How does it feel to have one million subscribers on your channel? What do you have to say to your fans?

Steven Suptic: We haven’t had much time to really even think about it. It hasn’t exactly set in for us yet, but we’re grateful to everyone watching and allowing us to make videos we’re truly proud of.

TF: How would you define an “alternative lifestyle” vlog for someone new to your channel?

SS: I would describe our version of Alternative Lifestyle as: Freeze-frame narrated, hyper-surrealistic, improv-based comedy that uses the vlog format as a vehicle to promote a character-driven story. Or just shitty videos, that works too.

TF: How did the members of Sugar Pine 7 come together?

SS: 5 years ago I stumbled into a house during a convention and a naked man was lying in bed, ass out, dead asleep. He later became my best friend Cib. I met James when I hosted at SourceFed. He was a smaller man. One I had little interest in. Eventually, he proved his worth during a conversation about the Dakota Access Pipeline and we bonded over inequality. I found Autumn on Craigslist — sorry — at SourceFed as well.

TF: It’s my understanding that your videos are improvised. Why have you opted for a less “scripted” approach?

SS: There’s something about shooting the shit without a script that allows for a more organic and authentic experience. The funniest moments happen off camera, but doing improv each scene allows us to catch some of those moments.

TF: What’s the most unusual message you’ve received from a fan so far?

SS: Cib got a crayon-drawn letter of him and a little black boy holding hands that said “This was us, why did you leave?”

TF: What strategies do you use to weave real-life events into videos that otherwise seem to take place in their own little universe?

SS: We think about 2 things usually: Vlog-esque ideas and storylines. We know where we want to go with the story, but the hard part is fitting it into a vlog format to be more approachable to the YouTube audience. After those 2 ideas are set, we’ll bulletpoint potential ‘bits’ and the rest is left to THE SKYBRIDGE CHANCELLOR.

TF: Is there anyone/anything in particular that Sugar Pine 7 is satirizing within its videos?

TF: Given that many members of Sugar Pine 7 are video game fans, do you see gaming content becoming a bigger part of the channel in the future?

SS: Coming from a gaming background, I’m totally done making consistent gaming videos. However, we’ve filmed a couple bits involving video games, maintaining a similar “alternative lifestyle” vibe and had a lot of fun doing so. If we can do it right, we might do a ‘Rooster Teeth only’ gaming series that will hopefully be true to SP7.

SS: I’m a firm believer that if you talk about any big plans you have, you’ll be less likely to commit to them. We have a two year plan right now and are hoping to fund an “off of YouTube” episodic project. If I say any more, I’ll feel like I already completed it. Super big problem that’s plagued me my entire life and I think it’s been the cause to many unfinished projects.