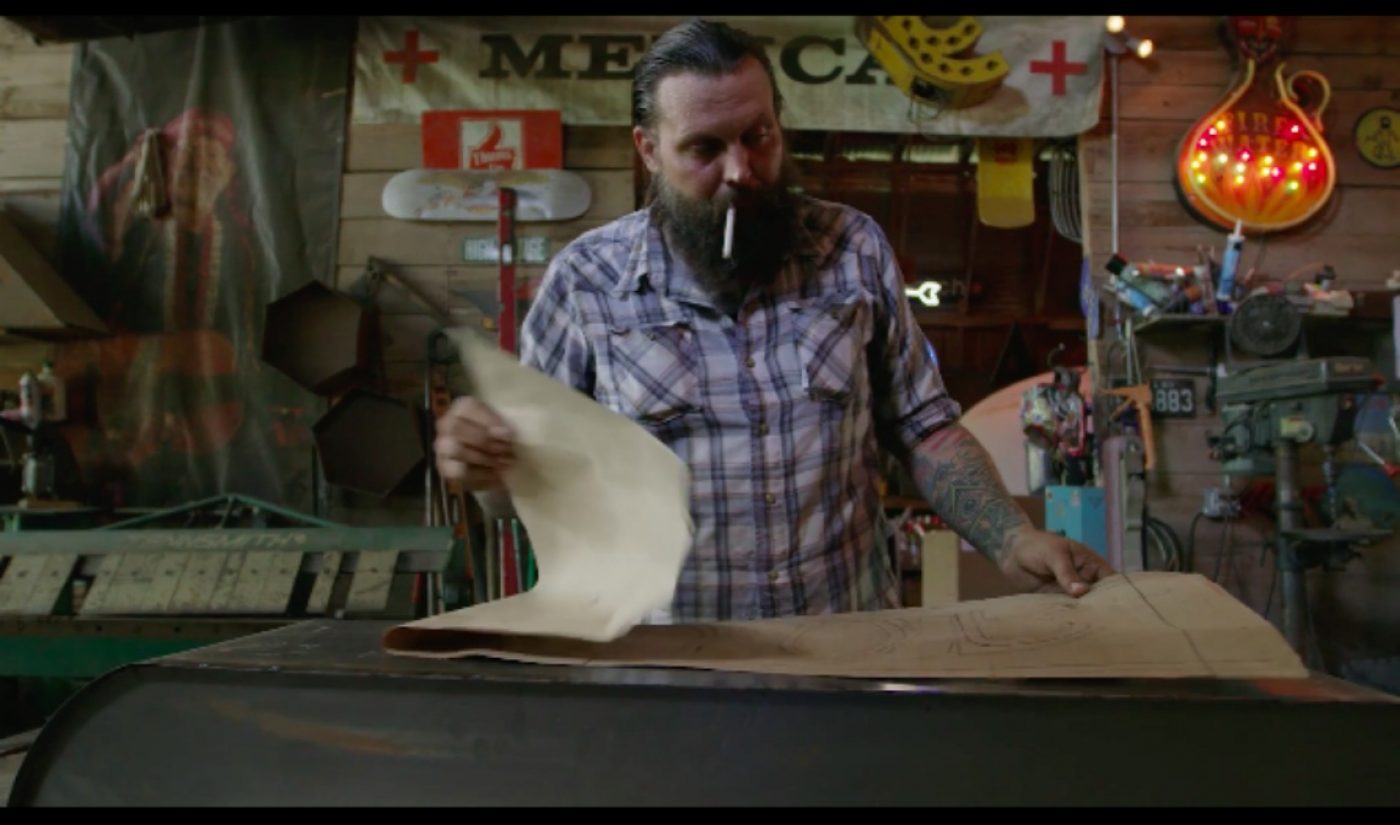 TheCHIVE is the latest digital media company with a big appetite for video. The website known for distributing viral images has launched Blue Collar, a web series that profiles professionals who aren’t afraid to get their hands dirty.

The first episode of Blue Collar heads to San Marcos, Texas, where we meet Jay Gordon, who makes old-school neon and metal signs. Gordon is a foul-mouthed, chain-smoking chip off the old block whose badass sensibilities are likely to appeal to the millennial male viewers who TheCHIVE sees as its target demographic.

Blue Collar is one project to come out of Chive Studios, which serves as the media company’s video wing. After establishing itself as a home for shareable images — you may remember this post from 2010, which was ultimately revealed to be a hoax — TheCHIVE has now joined many other digital players by recognizing the power of video and increasing its production in that area. A lot of content has come to the company’s YouTube channel over the past year, and its Facebook page, which serves up a combination of images and videos, has now surpassed three million followers.

As for Blue Collar itself, at least three episodes of the show are expected to be produced. A press release notes that the workmanlike series is “the first move towards developing high-quality original content on [TheCHIVE] that provides insight into the lives of real people.” If that sounds like your jam, you can keep a lookout for new episodes over the next few weeks.