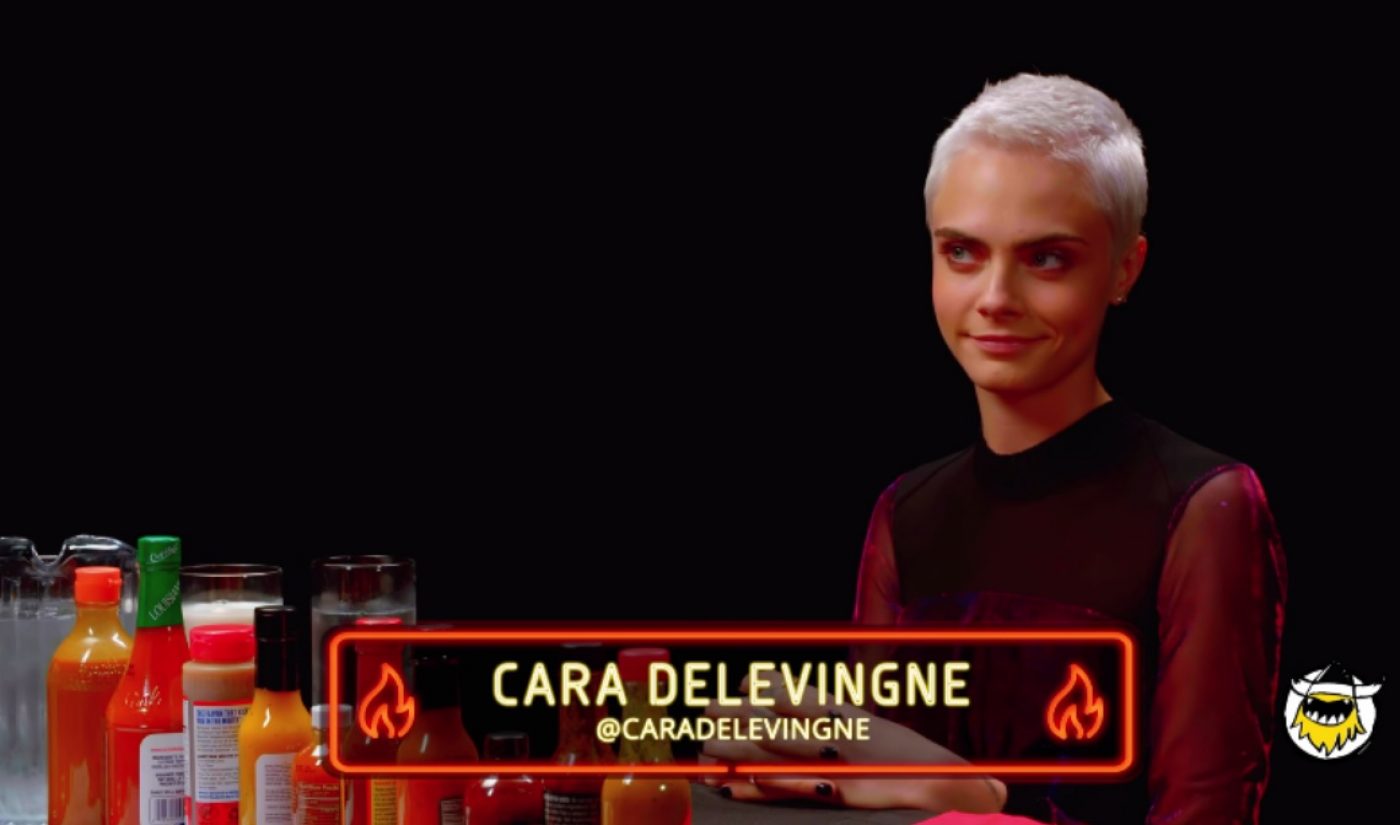 One of the breakout web series of the past year is back with new episodes. Hot Ones, in which host Sean Evans interviews his guests as they eat their way through a lineup of hot sauces, has launched its first season on the Complex Networks-run channel First We Feast.

As each episode of Hot Ones moves along, Evans and his guests must consume buffalo wings that are covered in sauces of increasing hotness. As they do, Evans’ questions get more pointed. After previously revealing the hot sauce lineup for Hot Ones’ fourth season (including a Hot Ones-branded offering on the hot end), Evans has now resumed his Scoville scale-shattering interview format. Cara Delevingne, the star of the upcoming film Valerian and the City of a Thousand Planets, is the first guest who must sit in the so-called “hot seat.” As she consumes her portion of wings, Evans asks her about everything from Burning Man to celebrity eyebrows.

This season is Hot Ones’ fourth, and it will look to continue the string of viral hits — aided in part by the support of Reddit — that have turned previous iterations of the show into must-watch content. Most of the 24 installments from season three have surpassed one million views. The most-viewed clip from that group, featuring astrophysicist Neil DeGrasse Tyson, is approaching four million hits.

As Complex Networks continues to build up its digital lineup, which will soon span 40 weekly series, Hot Ones will surely remain a foundational show. New episodes will arrive each Thursday at 11 AM ET.