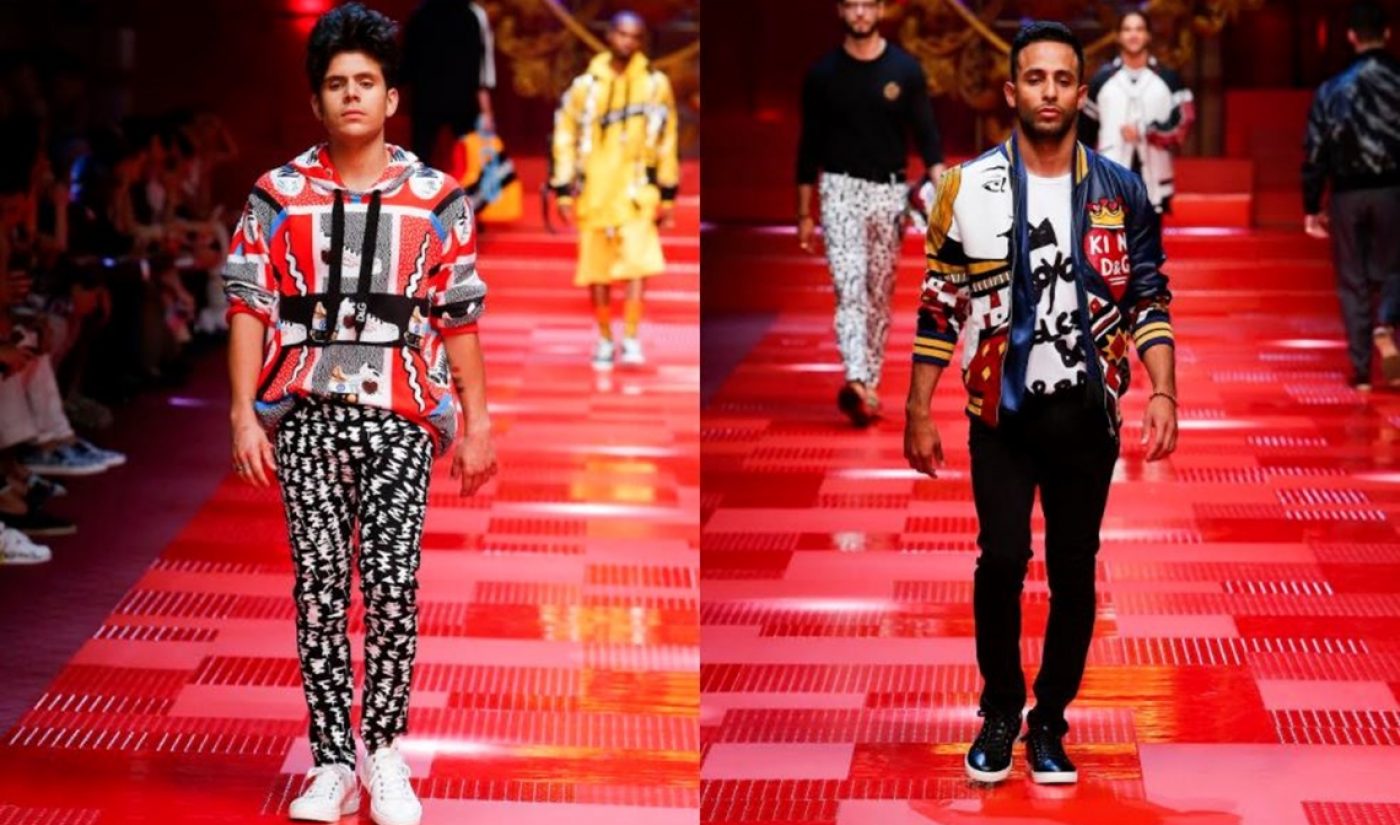 Italian luxury label Dolce & Gabbana showed off its spring 2018 menswear collection in Milan over the weekend, and, once again, a handful of top digital influencers strutted their stuff on the runway.

In addition to Rudy Mancuso, Anwar Jibawi, Juanpa Zurita, and King Bach, the show also featured the Instagram-famous children of illustrious celebrities, including the sons of Pierce Brosnan, Pamela Anderson, Shaquille O’Neal, Isabella Rossellini, and Billy Ray Cyrus. Jibawi called the experience “one of the best days of my life,” while Mancuso thanked fans with a photo of himself from the show on Instagram.

“I loved going back to Italy,” Mancuso, who counts 2.5 million subscribers on his YouTube channel and who has opened up for Justin Bieber on tour, tells Tubefilter of the experience. “I am one-half Italian, and I am proud of my Italian heritage. It felt good representing D&G in Milan, and it felt especially great to have my father in the crowd during Father’s Day weekend.”

Adds Jibawi, who counts 1.3 million subscribers and 148 million views: “I’ve never done a show like this and Dolce & Gabbana made me feel like family. I was honored to be part of it and look forward to doing more with D&G.”

Mancuso and Jibawi are both managed by Shots Studios, which also produces their videos.