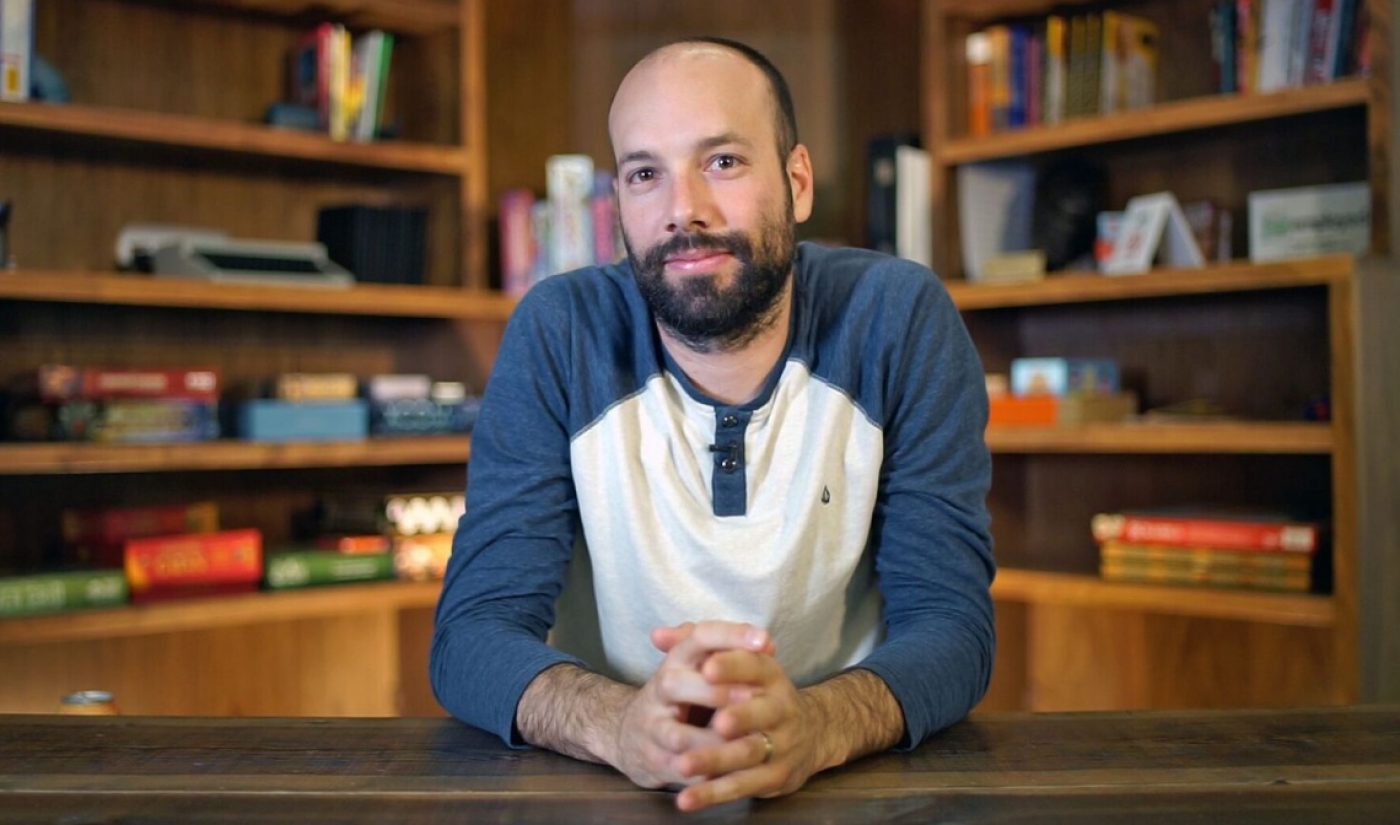 Patreon is announcing its most dramatic update to date. Among other changes, the fan funding platform founded in 2013 by musician and YouTuber Jack Conte (pictured above) will launch a redesigned platform, a mobile app called Lens, a thorough customer relationship management (CRM) tool, an early access feature, and a partnership with live streaming platform Crowdcast.

These updates, taken as a whole, will provide “easy ways for creators to give back to their fans,” Conte told Tubefilter. The Crowdcast integration, for example, will let creators launch live streams that can only be viewed by contributing Patreon donors, who are referred to as “patrons.” While some Patreon users previously used unlisted links to create semi-exclusive broadcasts for patrons, the new partnership will allow for the creation of gated streams that only backers can access. “We’re excited about unlocking value for patrons on other platforms other than Patreon,” Conte said.

Another one of those platforms is Lens, which lets creators post updates for their patrons. The app’s posts disappear after a day, just like Snapchat Stories. By utilizing that format, Patreon is the latest tech company to launch its take on Snapchat’s signature feature, joining the likes of Instagram, WhatsApp, and Skype.

Patreon is also bringing the signature feature of Vessel, the now-bygone video site built around windowed content, to its users. Patreon’s take on early access will let creators choose how early their patrons get to see new content while also ensuring that nothing arrives late to the public.

On the business side of things, Conte describes the new customer database as the “first time in history that creators will get a real functioning CRM.” Users can sort their patrons by pledge amount and length, can find email addresses, and can send out messages to certain groups, such as those who are celebrating the “anniversary” of their patronage.

All of these updates will serve the 50,000 creators and one million patrons who use Patreon. In the wake of controversies like YouTube’s adpocalypse, Conte and his team have asserted that their platform is a strong tool for creators who wish to be properly compensated for their work. In May, Patreon announced its plan to pay out $150 million to creators in 2017, and Conte said that some high-profile users, such as the gaming nerds at Kinda Funny, are making over $50,000 per month from patrons.

Thanks to Patreon’s steady customer acquisition (creators who have recently joined forces with the platform include Adam Carolla and Tim Heidecker), its numbers are expected to continue rising, and as it scales, its new features will gain more traction. Referring to his company’s new look, Conte offered a neat summary of all the recent changes. “Patreon’s going to look and feel totally different,” he said.