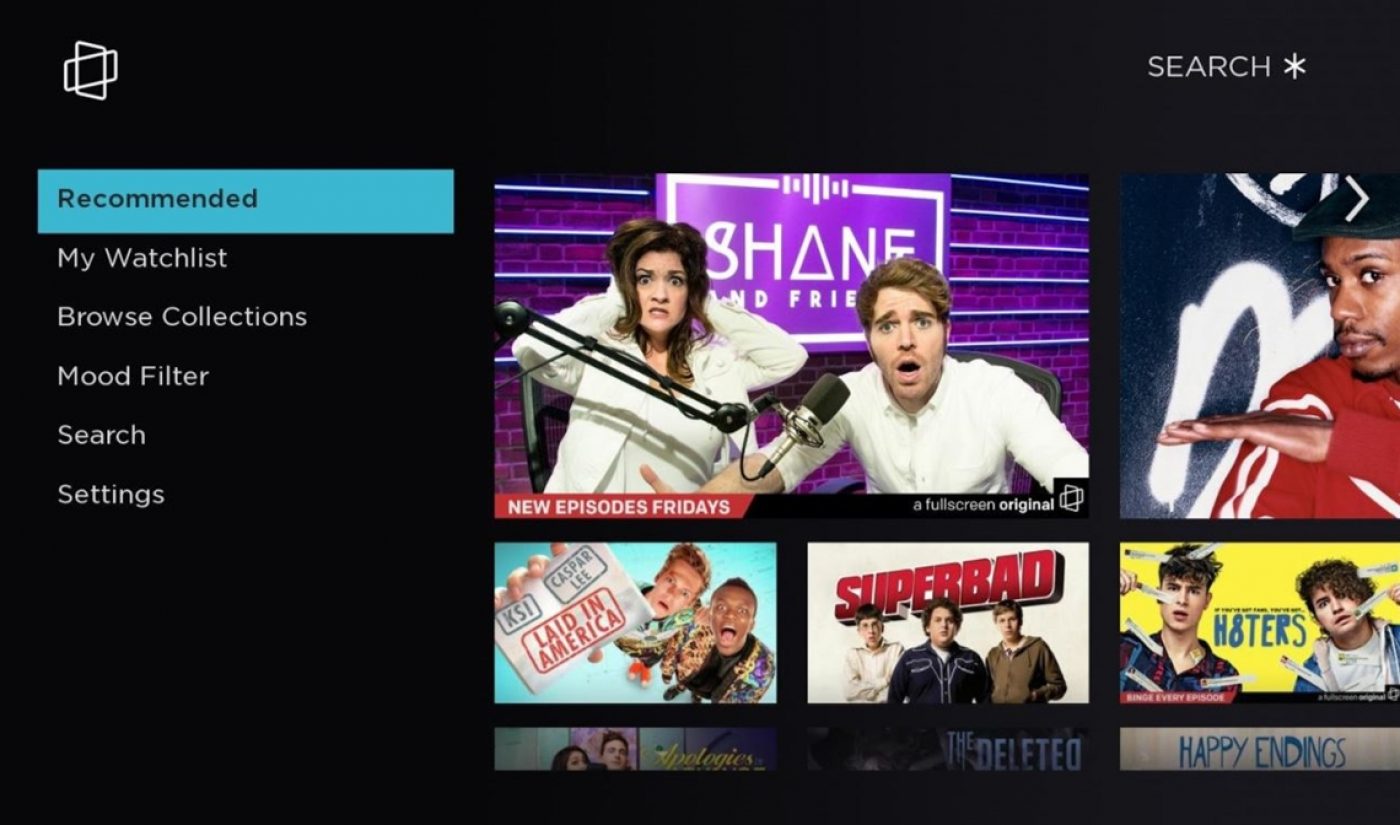 Fullscreen has offically arrived on all Roku devices — including Roku players and TV models.

Now, Roku’s roughly 14 million active users can have access to the latest episodes of Fullscreen’s original shows and films, including video podcasts Shane & Friends and Psychobabble as well as the Kian Lawley and JC Caylen-starring original series H8ters, Bret Easton Ellis’ The Deleted, and the forthcoming Hazel Hayes-directed thriller PrankMe.

Roku consumers will also have access to Fullscreen’s library of licensed series and films, including Buffy The Vampire Slayer, Dawson’s Creek, Superbad, and Hitch.

A Fullscreen subscription is priced at $5.99 per month. The one-year-old service — for which the company has not released any subscriber stats as of yet — is also available on desktops and via apps for Apple and Android smartphones and tablets, as well as Apple TV, Chromecast, and Amazon Channels.