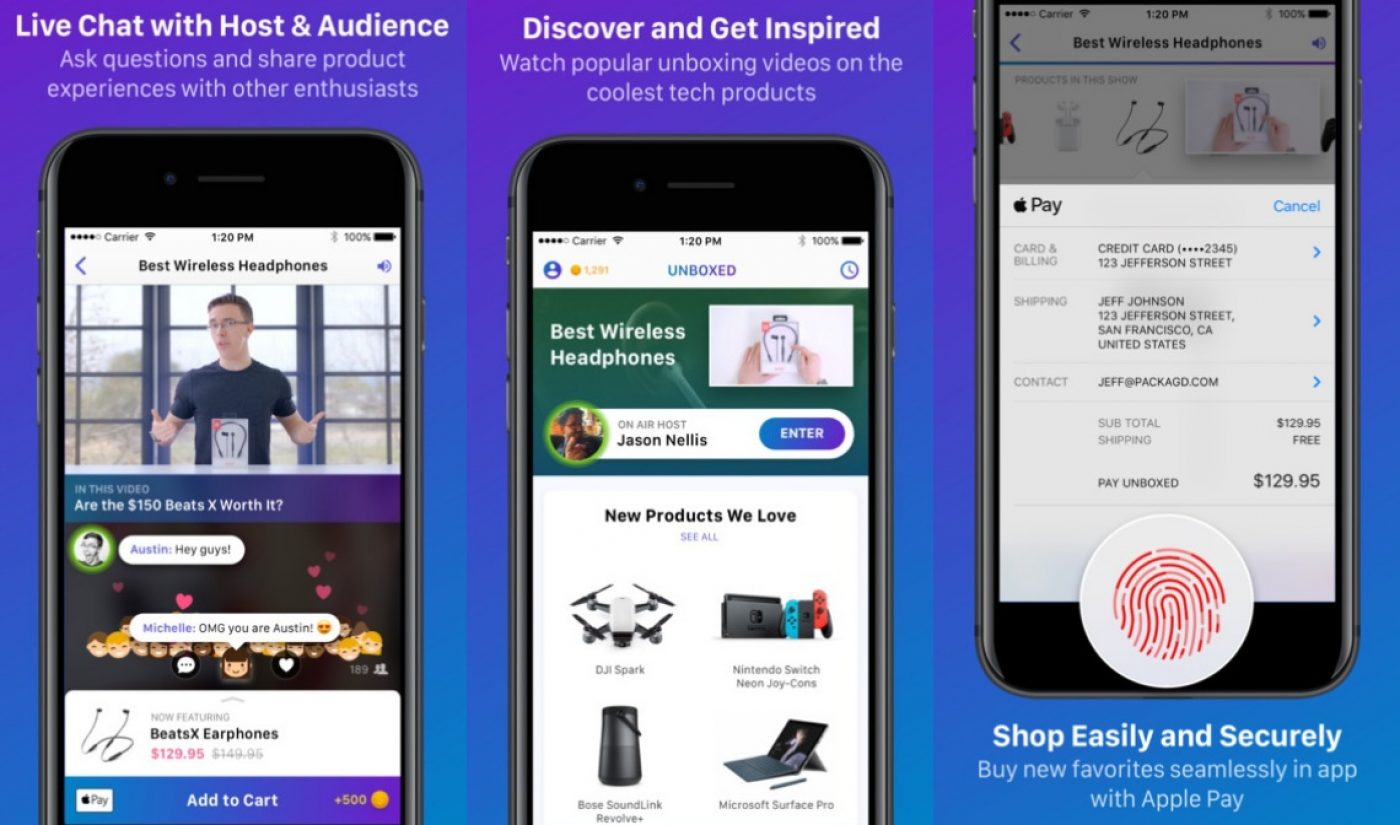 Unboxing is a powerful YouTube format that holds enough sway to significantly influence consumer trends, and a new company wants to take advantage of those truths. Eric Feng, who spent three years at Hulu after being hired as its first CTO back in 2007, is the founder of Packagd, a startup that will leverage the power of shoppable videos through several different products.

At launch, Packagd is throwing its weight behind Unboxed, an app that focuses on the unboxing category and the many popular creators who ply their respective trades within it. The app will share reviews from popular unboxers like Austin Evans, DenkOps, and Dom Esposito. The featured videomakers won’t upload their work directly to Unboxed; instead, the app will fetch content from YouTube and will include a chat section where potential consumers can interact with each other and with the creators whose videos they are watching. Finally, an Apple Pay integration will allow Unboxed users to buy products directly from the app.

The unboxing trend isn’t the only one Packagd is buying into. Its general concept — a platform focused on converting viewers into buyers — follows efforts by tech companies like YouTube and Instagram, which have worked in recent years to make their content shoppable.

As noted by Variety, Packagd closed a $6 million funding round led by Forerunner Ventures and GV shortly before launching Unboxed. “Packagd’s apps have the ability to redefine the mobile shopping industry, combining the best aspects of YouTube with Facebook’s live social interactions and Amazon’s effortless shopping experience in one platform for consumers,” said Forerunner Ventures founder Kirsten Green in a statement.

Beyond Unboxed, Packagd also has at least two more apps in the works. One will focus on toys and the other will hone in on the massive beauty category.