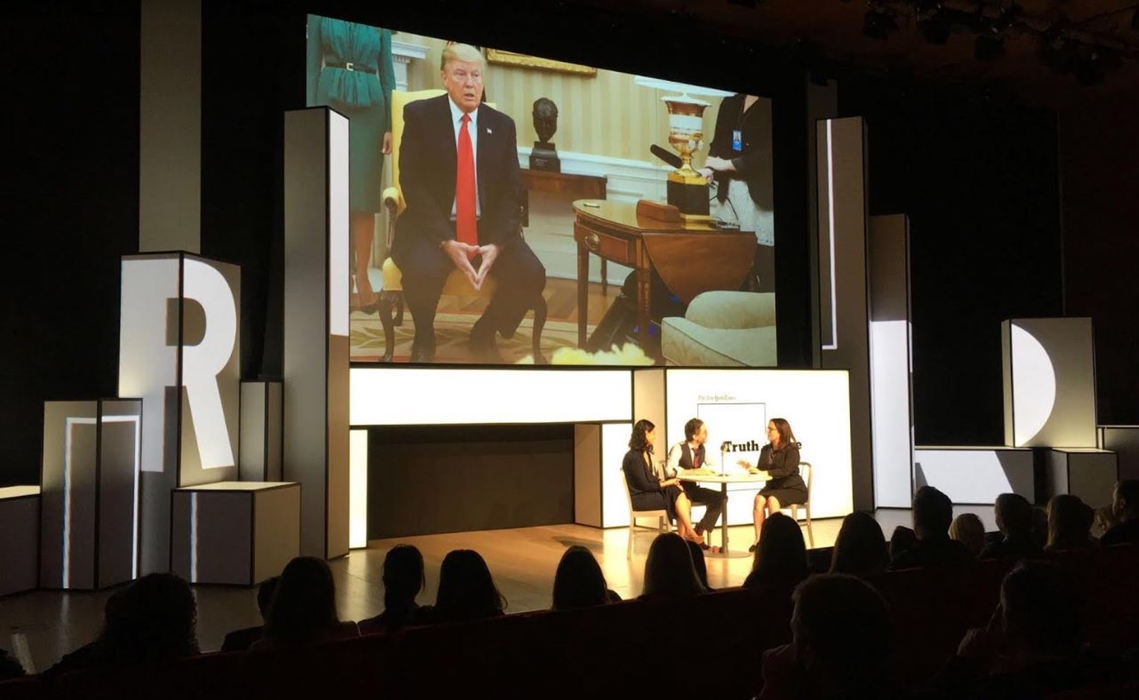 There isn’t a NewFronts equivalent for podcasting (just yet), but at its presentation this morning, The New York Times shone a massive spotlight on its audio hit The Daily — which has accrued 25 million listens since its debut last February alongside launch sponsor BMW.

The presentation kicked off with The Daily host (and Times journalist) Michael Barbaro describing how the podcast ultimately sought to determine what The New York Times “should sound like.” The Daily has helped readers connect with the Times journalists behind their bylines, Barbaro said, and has also helped give the long-established paper a newfound human touch. A weekend version of The Daily is set to launch this summer, and S-Town and Serial-style podcasts — featuring top-tier Times journalism — are also in the works.

The Times also showcased the latest iterations of its buzzy The Truth Is Hard ad campaign this morning, featuring breathtaking images snapped by famed photojournalists compiled into commercial form by noted director Darren Aronofsky (below). And given that 70% of its readership occurs on mobile devices, the paper also touted its foray into Snapchat with a six-day-old Discover channel.

The Times’ original video efforts are also continuing to gain traction — its short documentary 4.1 Miles was nominated for an Oscar this year, and the publisher clocked 200 million views last year on Facebook Live, said director of shows and series Kaylee King-Balentine. Video output grew 40% overall, she said, and 660% on Facebook Live.

Upcoming programming will include: a look into artificial intelligence and its impact on the future of the workforce, an animated series about motherhood, and a report about The Isle Of Man TT — the most dangerous motorcycle race in the world.