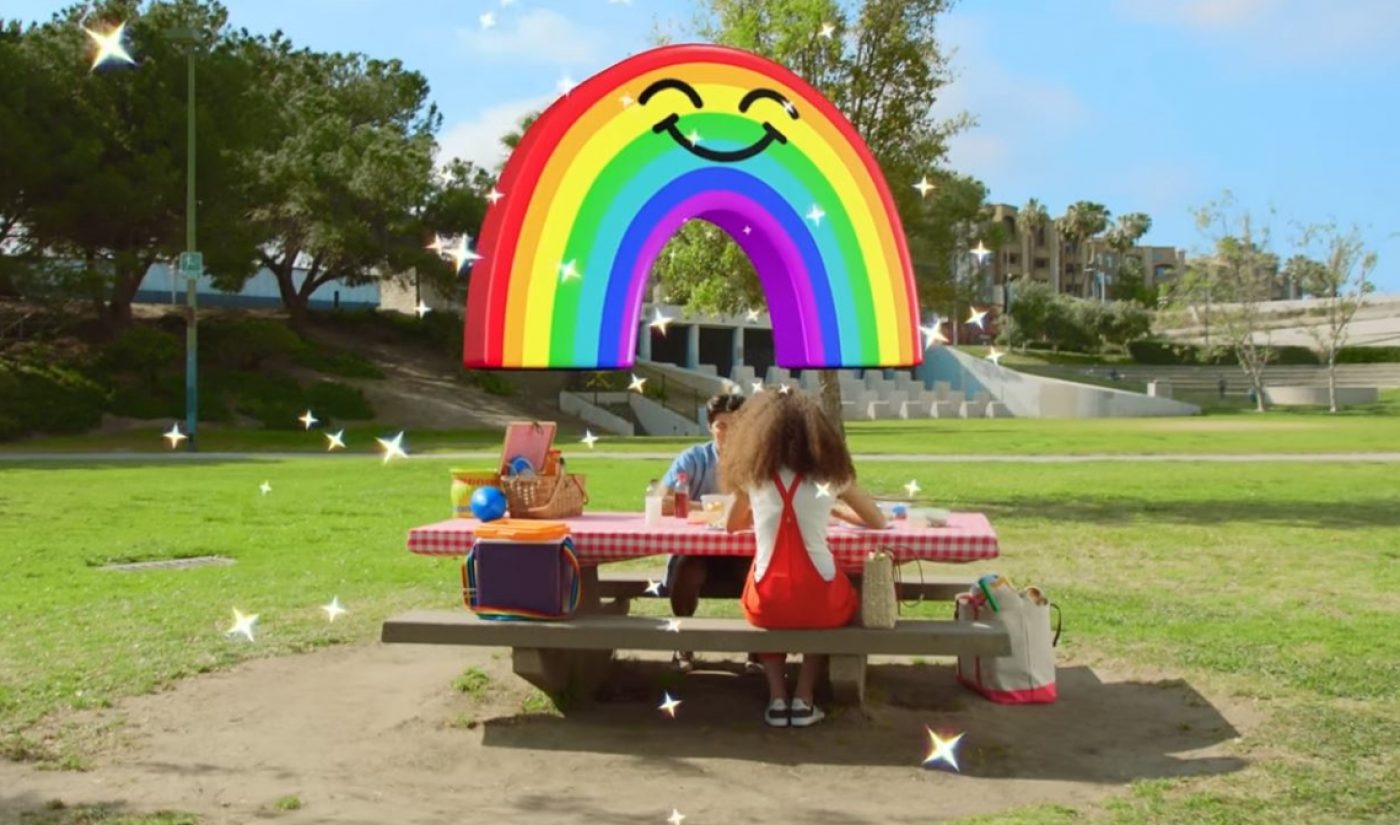 Snapchat has launched today a brand new feature dubbed World Lenses — an evolution of the augmented reality selfie Lenses that the company launched roughly a year ago, and which enable users to transform themselves into cartoon puppies or puke out rainbows.

Now, by using the rear-facing camera, users can access World Lenses, which Snapchat describes as a way to “paint the world around you with new 3D experiences.” In an introductory video, cartoon stickers of crying clouds, smiling rainbows, and captions like ‘OMG’ can be inserted into the world of a Snap. Like standard Lenses, different options will be available daily.

Check out the new feature in action right here:

Different colors and Bitmoji can also be incorporated into Snaps through World Lenses, according to the company, by tapping on any surface and swiping through different options that will appear at the bottom of the screen. World Lenses can also be dragged to a specific location within a Snap and pinched to alter sizes and shapes. The feature is currently only available in select markets, according to Snapchat, but will roll out to other areas “soon.” And while sponsored World Lenses aren’t available at launch, per Techcrunch, the eventual advertising opportunities will be presumably vast.

The Information first reported on the development of World Lenses back in February, though Snapchat notably opted to release the feature on the same day as F8, Facebook’s annual developer’s conference. Facebook’s Instagram has notably pilfered many of Snapchat’s key features, and the Instagram Stories feature now counts more users than Snapchat.