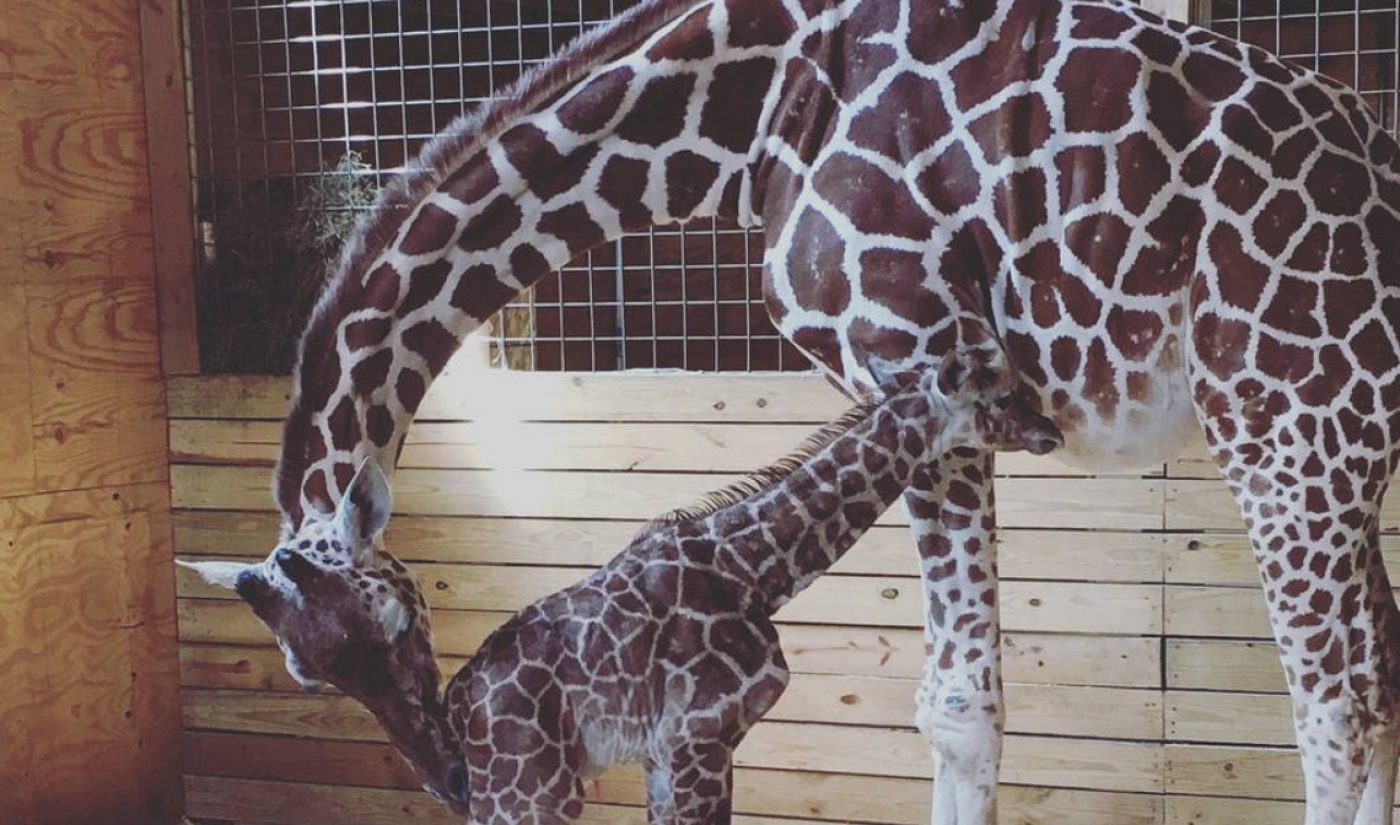 On February 10th, Animal Adventure — a wildlife park located in New York’s Southern Tier region — posted a live stream of a pregnant giraffe named April. A little more than two months later, April successfully gave birth, and by that time, Animal Adventure’s “Giraffe Cam” had caught fire. From beginning to end, the broadcast received more than 230 million views, according to data from YouTube.

YouTube notes that the average viewer tuned in for 30 minutes, which led to a total watch time of 7.6 billion minutes, which translates to more than 14,000 years. The stream peaked on April 15th, the day April gave birth to a baby boy. At one point, more than 1.2 million people were watching Giraffe Cam simultaneously. That viewership density ranks top-five all time on YouTube, according to the video site.

YouTube also shared a chart that shows the views Giraffe Cam brought in over time: Giraffe Cam wasn’t just a huge success in terms of live streams; it was a huge success compared to just about anything. Only four channels have reached 200 million views faster, and by that metric, Animal Adventure is in the company of pop stars like Lady Gaga. The park was also able to extract a significant amount of revenue from its stream thanks to its use of YouTube’s new Super Chats feature, through which it was able to earn more than 4,400 individual donations.

The success of Giraffe Cam shows that, in battling for live streaming supremacy on the web, YouTube can turn to the content that first made it famous: user-generated videos. Cute animals have always been one of the internet’s favorite subjects, and in this case, that truism translated into a massive audience. For more information, check out a recent YouTube blog post.