Insights: How Snapchat Is Changing The Way The Web Works And Looks 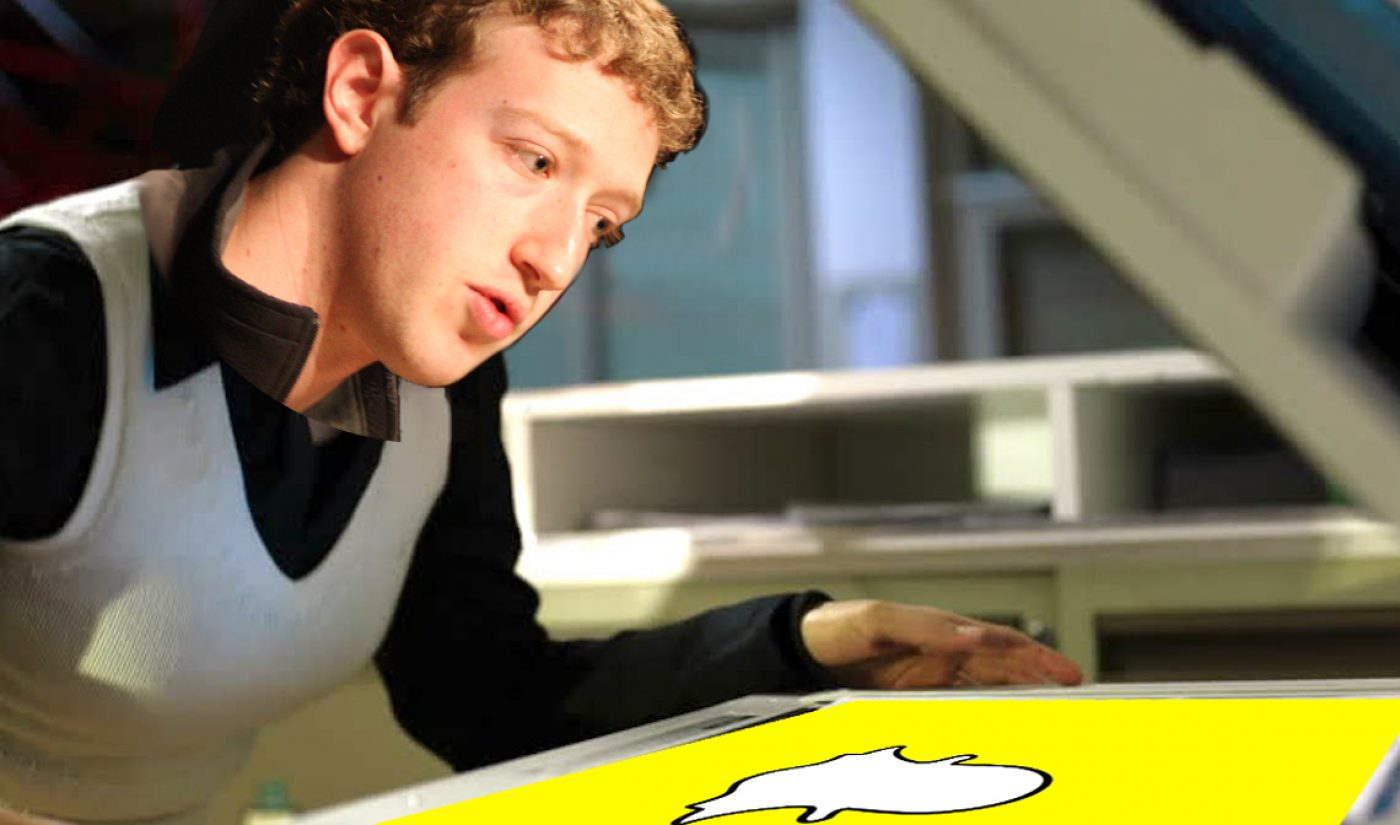 So, that Snap IPO happened last week, playing out about how I expected. If you couldn’t buy shares early, you’ll almost certainly need to hold on for a while, hoping they get back above that $24-plus price you paid.

In the meantime, however, Snap already has had a big impact, and not just on young CEO Evan Spiegel’s now-capacious pocketbook. For more than a year, the company’s design innovations have been transforming the way we’re using smartphones and digital media, even if you’ve never even seen the Snapchat app.

Yes, some condemn Snapchat‘s opaque interface, which befuddles The Olds and gives investors pause about the company’s chances of finding a broad audience beyond its devoted Generation Z users.

But Snapchat is rapidly becoming the most influential new interface on the mobile web.

Most obviously, Snapchat’s interface has been relentlessly, notoriously copied by Facebook, the world’s biggest social-media company, and its mobile subsidiaries Instagram, Messenger, and WhatsApp, each of whose many hundreds of millions of users are now getting used to Snapchat functions.

For instance, the idea of disappearing messages, photos and videos, a differentiating feature of early Snapchat, turns out to be really powerful and useful when you don’t want to strew piles of digital bread crumbs behind you.

Facebook Nation also has been rapidly copying Snap’s Stories component, even down to the name, bringing the functionality to 150 million Instagram users alone.

And it’s not just outlets controlled by Mark Zuckerberg that are dipping into the Snapchat playbook.

Both Forbes with its new Cards and Huffington Post with its “storybook” format have just rolled out interfaces explicitly influenced by Snapchat.

Basically, these functions are becoming part of How We Do Things on Our Phones, regardless of Snapchat’s place in your device’s app collection.

The company’s design influence has other, more subtle effects too, especially in the ad business. Ad units used to be created with the expectation they would be seen on PCs, which have large screens and a horizontal “landscape” aspect ratio. Design for mobile was an afterthought, particularly as responsive design techniques allowed websites to work well enough on both mobile and desktop browsers.

But Snapchat is available only as a self-contained mobile app, and one that works best on iPhones. It’s a very specific design environment. When the app took off with young users, advertisers responded, creating vertically oriented, brief, video-driven ads that would work well within the app’s confines. Those kinds of ads weren’t a thing even two years ago. Now they’re becoming common.

It’s important to note that Snapchat isn’t the only site transforming mobile navigation. Another example is Tinder, the dating app that popularized the navigational brilliance of right-swipe (for “Yes, I want to have sex with you”) and left-swipe (for “uh, no”).

Swiping left or right seems like a small thing, but it has wide applications. Competing dating sites had to adopt the mechanic, of course, but it’s an efficient and now widely understood approach for any mobile site presenting piles of possible choices for quick, easy decision-making. That mechanic works with just about anything from finding places to eat or travel to picking out clothing and shoes.

And just this week came reports that Google is transforming Hangouts – its video/chat/whatever service in search of a purpose – into a robust “Slackalike” tool targeting business audiences with group chat rooms and threaded conversations.

Don’t worry if you don’t understand what those features mean. Depending on where you work, you’ll know soon enough, whether you’re using Slack, Microsoft Teams, Google Hangouts, or other copycats to come.

There’s been a fair amount of hand-wringing over the copycat moves, in particular by Facebook, which has been slammed for both a lack of innovation and a ruthless (and apparently successful) effort to slow Snapchat growth among older and international audiences. Amusingly, even Tinder seems to have recently copied Snapchat, shifting to screen-filling images with minimal text. Imitation is the sincerest form of flattery indeed.

And it’s important to remember there are upsides to all this copying. What’s happening now in digital media isn’t far different from what happened in the early years of the film business.

When The Great Train Robbery debuted in 1903, audiences dove for cover when the steam engine chugged forward on the screen. In 1925, Sergei Eisenstein’s Battleship Potemkin used fast cuts and other new camera and editing techniques, breathlessly building tension and drama with a new visual vocabulary. Orson Welles’ use of rack focus and other visual innovations in 1941’s Citizen Kane made it perhaps the most lauded film in history.

Thanks to those creators and others, we now know how to “read” a movie. But as I wrote last summer, that rich visual vocabulary of cuts, angles and storytelling conventions from film and TV doesn’t translate well even to virtual reality, which looks like film and TV but is in fact a very different medium. There, too, creators are figuring out what works.

We now have less than a decade of experience in navigating and telling stories in mobile platforms, which differ from film and TV even more than VR and haven’t been around as long.

We’re still waiting for our smartphone Welles and Eisenstein, but clearly, the unsung designers behind Snapchat, Tinder, and Slack deserve credit beyond the copying. They’ve created compelling new structures and techniques that appear well on the way to shaping how we use our mobile devices for years to come, on all kinds of apps.

Someday, maybe most of us will think Snapchat’s opaque interface is the most obvious thing in the world. Maybe, by then, that share price will clear $24 again, too.