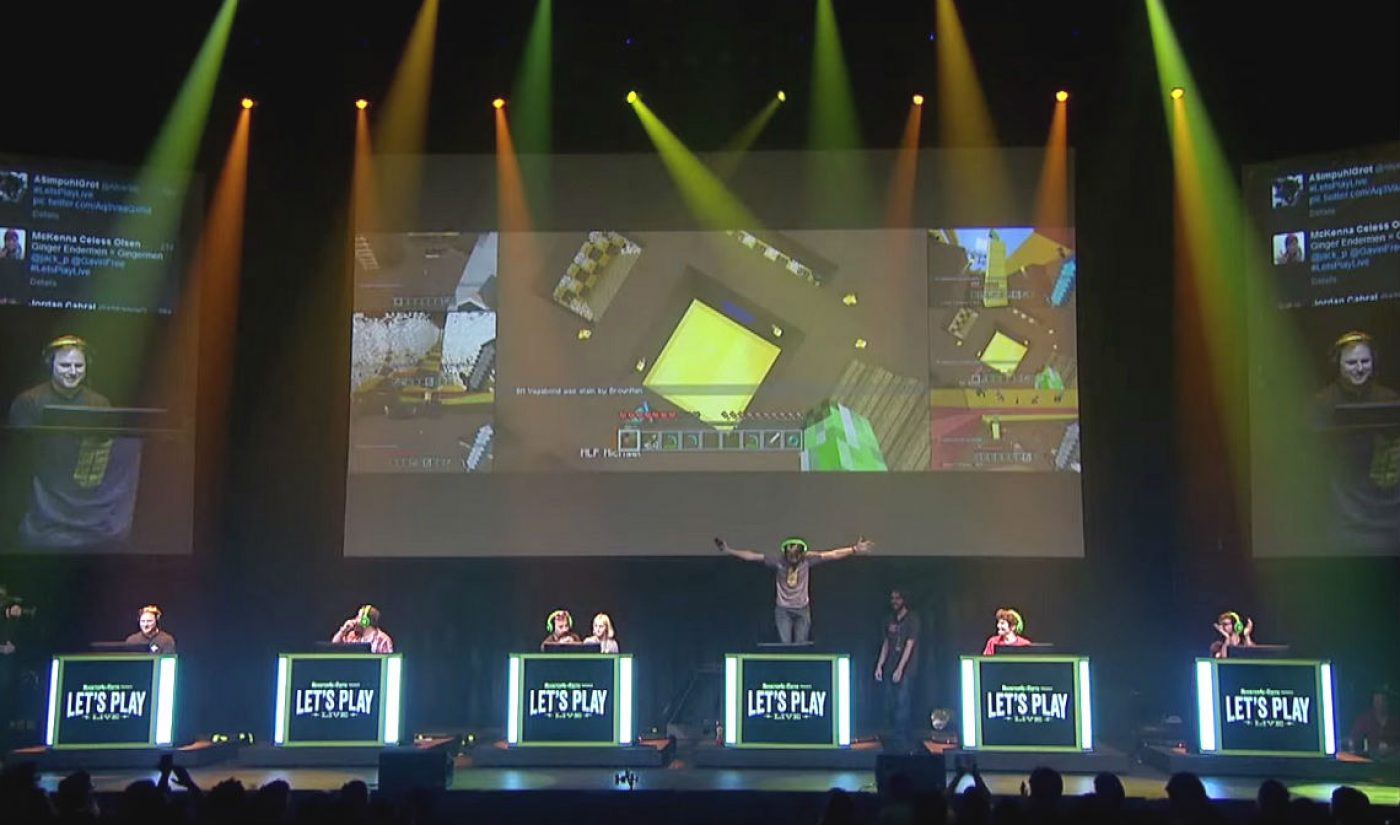 Rooster Teeth’s Let’s Play channel is once again bringing its show on the road. From April 24-30, the video game hub will travel to four American cities as part of its latest Let’s Play Live tour.

At each Let’s Play Live show, the Rooster Teeth personalities who frequently appear on the Let’s Play channel will play games with each other, interact with fans in an “IRL,” and offer an exclusive experience that won’t show up on YouTube. Several members of the Achievement Hunter, led by founder Geoff Ramsey, will attend the events, as will the hosts of the Funhaus channel, a gaming hub Rooster Teeth launched in February 2015.

After first launching Let’s Play Live in its home city of Austin in 2015, Rooster Teeth brought its event series across the nation with a three-city tour that hit New York, Los Angeles, and Chicago in 2016. The 2017 edition of the tour will begin in Newark and will run through Baltimore and Orlando before concluding in Tampa. “We managed to sell out three major cities last year, so we’re not going to rest until we’ve disappointed all of America,” said Ramsey in a press release. “This time around people can expect a more nuanced performance. Think Othello meets The Three Stooges.”

The press release did not reveal pricing details, though previous Let’s Play Live shows have tended to be fairly spendy. Tickets for all four dates will go on sale on March 10th.