Mike Tyson Is Getting His Own Web Series On YouTube 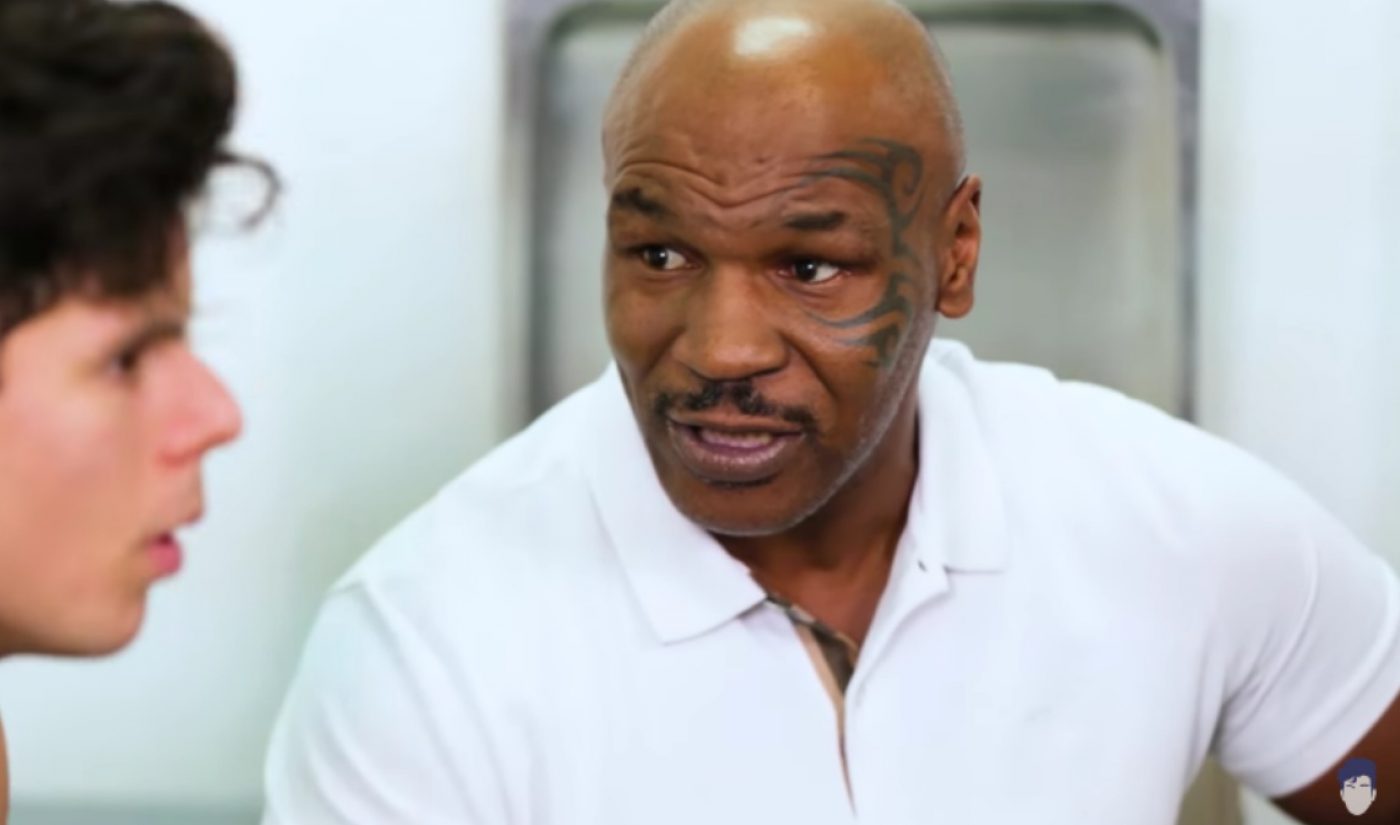 The latest aging celebrity to come to YouTube is Mike Tyson. The one-time heavyweight champion of the world will star in a web series that will see release on his YouTube channel and will be produced by the team at Shots Studios.

The goal, as noted in a Variety article, is to produce at least two videos for Tyson’s channel each month. Shots is galvanized by the success the former boxer has seen on YouTube in 2017. In January, he starred alongside another Shots client, ex-Vine standout Rudy Mancuso, in a video that received more than 2.1 million views. Four days later, the first video on Tyson’s channel, in which he performed a dis rap while other performers lip synced along to the words, also cracked two million hits.

Since retiring from boxing in 2006, Tyson has managed to establish himself as an entertainer thanks to a few memorable roles. He famously appeared in a cameo in The Hangover, and he currently stars in Mike Tyson Mysteries, a cult hit on Adult Swim. Based on his acting chops, Shots believes the 50-year-old Tyson can appeal to the young audience that flocks to YouTube. “Mike’s a very funny guy, on camera and in real life,” said Shots CEO John Shahidi. “We’ll introduce him to a whole new audience, and we’ll introduce our audience to Mike.”

New videos will roll out on Tyson’s channel in March. They’ll have to be awfully good to become the best Mike Tyson videos currently available on YouTube.