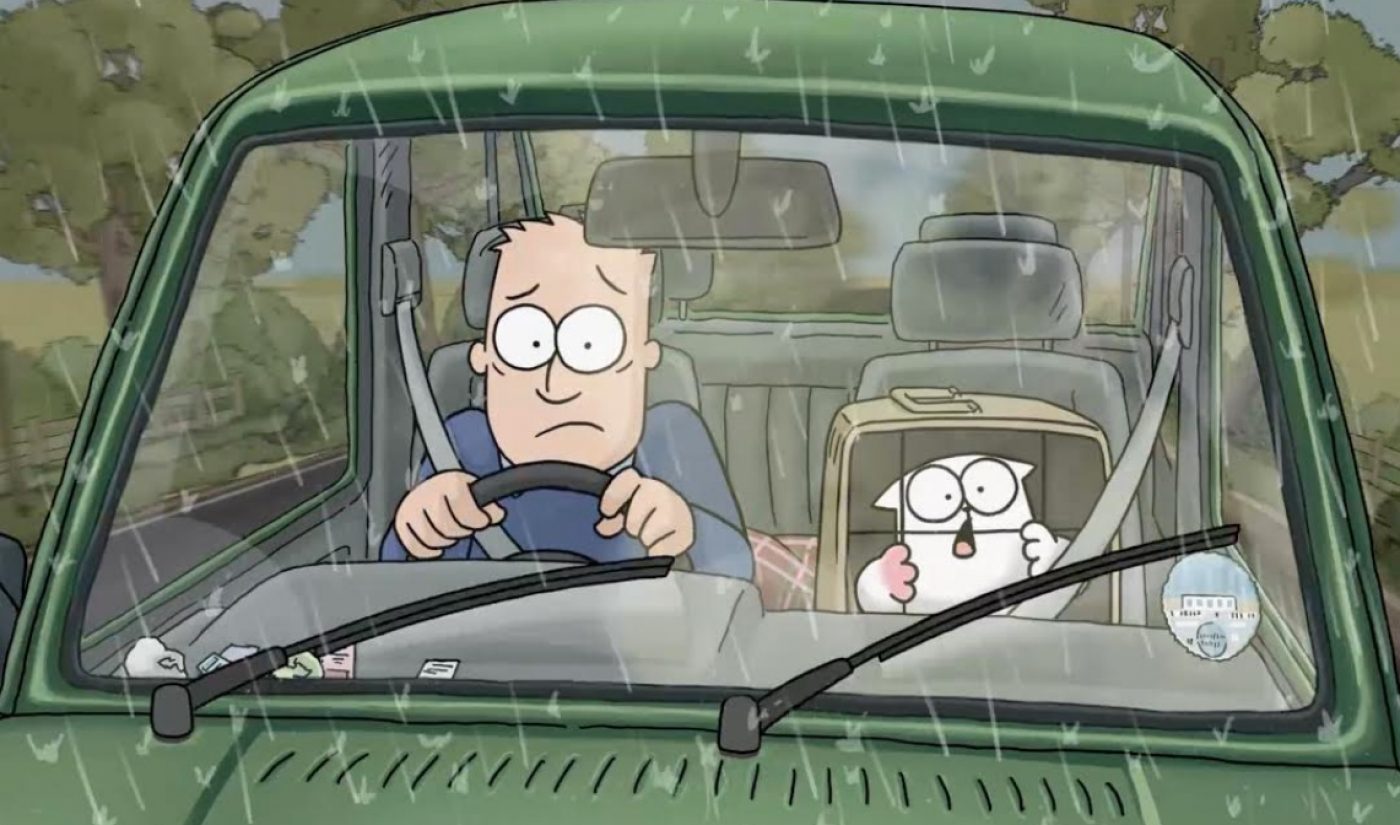 Between its line of merchandise and its fan-funded, colorized feature called Off to the Vet, the animated web series Simon’s Cat has adeptly advanced beyond its short-form roots. Now, series creator Simon Tofield and production company Endemol Shine UK have announced their latest venture: It’s a mobile game based off the show that will arrive later in 2017.

The game, which does not yet have a title or description, will be a partnership between Endemol Shine UK (which owns a piece of the Simon’s Cat brand) and developer Strawdog Studios. Presumably, the focus will be the mischievous feline of the show’s title, who spends her days finding new ways to irritate her frazzled owner. The game will be free to play with in-app microtransactions.

“We are always developing new and exciting ideas to entertain Simon’s Cat fans and the upcoming game is going to be a really fun way to enjoy the antics of our mischievous furry friend,” said Tofield in a press release. “I’m delighted that so many people have enjoyed the recent release of Off to the Vet and would like to say a massive thank you to everyone who made the film a possibility.”

The mobile gaming industry has become a lucrative avenue through which YouTube stars can extend their respective brands. The endless runner genre has served as a particularly popular choice, with creators like Dude Perfect and Roman Atwood buying into that format.

The Simon’s Cat game has no definite release date as of yet, but it is expected to arrive on Android and iOS devices in June 2017.