Insights: TV’s Super Season Kicks Off This Weekend – Will The Industry Score? 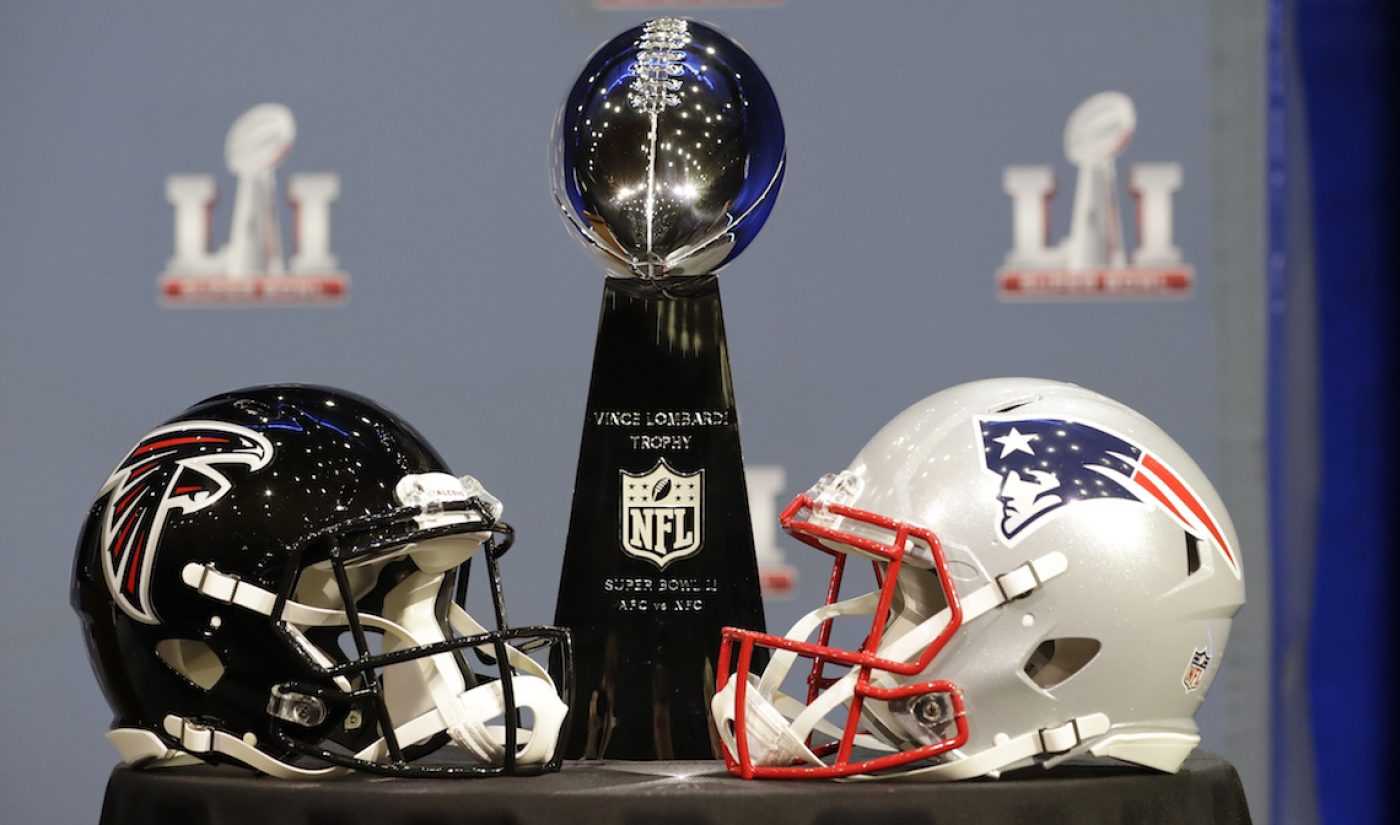 For the past few decades, February has been television’s biggest month. On one end is the Super Bowl, far and away the year’s most-watched event. On the other, the Oscars, usually the second-most watched event. In between, we have the Grammys (typically in the Top 5), a bunch of pre-Oscar awards shows, and a raft of gimmicky castings, Very Special Episodes, and event miniseries devised to boost sweeps-month ratings.

In short, this is money time for the TV business. Or not. One of the things to watch in this time of transition is how well this February goes amid all the shifts hitting linear TV.

Let’s start with this weekend’s Super Bowl. It’s the biggest thing on American television, easily the most-watched show each year by an order of magnitude. Except NFL regular-season ratings were down 9% last fall and a set of desultory first-round playoff games did nothing to boost prospects for Super Bowl LI.

The issues blamed for those ratings drops (presidential politics, bad matchups, concerns over head trauma) haven’t gone away, but more than 110 million people are still expected to tune in.

Already, about three-fourths of U.S. households have an Internet-connected TV of some sort (Apple TV, game console, Roku), up dramatically in just four years, according to The Diffusion Group. Last year’s Super Bowl drew an average TV audience of nearly 112 million, but only 1.4 million watched it through Internet live-streaming on CBS and NFL properties, CBS said. If in fact something like 16% of viewers watch on streaming sources this year, that’ll be a massive shift.

Also of note: this year’s game broadcaster is Fox, which partnered with LiveLike to show virtual-reality highlights of the game in near real time, a first. The highlights will include each quarter’s four most important plays plus other highlights. Viewers will be able to watch the clips from six camera angles.

Meanwhile, the Super Bowl is also the Very Big Game for brands, their over-the-top ads as much a reason to watch as the contest on the field. And brands are shifting their tactics too, seeking new ways to get value for the $5 million they spent on 30 seconds of airtime.

This year, it looks like that means stunts, from Snickers’ live ad with Adam Driver to Hyundai’s post-game 90-second spot, which will be directed by Hollywood veteran Peter Berg and cut together from footage shot during the game.

That said, the strategy of releasing ads and teasers ahead of the game is significantly down, according to iSpot.TV, which tracks ad spending. The number of advertisers releasing online previews by the Monday before the game was down a quarter, from 28 to 21. The number of ads was down even more, from 59 to 26. And spending around those preview ads is down 24% through Monday, to $5.5 million.

One company that benefitted from both an early release and a gimmick was the web-design site Wix, which debuted teasers of its ad on Facebook Live and YouTube Live on Jan. 17. The teaser starred actors Gal Gadot and Jason Statham, and has been one of this year’s biggest early performers, according to iSpot.

Even the counter-programming is resorting to gimmicks. Over at Animal Planet’s Puppy Bowl XIII, they will include both a virtual-reality “pup’s-eye view and branded content tied to the match between adoptable underage canines.” (link:

“If you show a brand to consumers, they’ll remember it maybe half of the time,” said Vince Cacace, CEO of VR ad-tech company Vertebrae. “But if you let them experience something, they’ll remember it 90 percent of the time. The Puppy Bowl had more than 10 million viewers last year, so including VR in this year’s broadcast will be a huge step in continuing to drive VR adoption.”

It’s worth noting that the Puppy Bowl is second behind only Shark Week among Animal Planet’s franchises, so keeping those eyeballs engaged, even through VR and other gimmicks, is high on Discovery Communications’ priorities.

But it’s also worth noting that relying on tricks to goose interest may suggest concern that audiences will tune out otherwise.

Certainly, interest in the game itself (between league stalwart New England, making its seventh appearance, and Atlanta, making only its second, and with little national following) seems oddly muted this year. That’s reflected in a small way with depressed ticket prices, down 18% from the same period last year. We’ll see how it plays out in viewership, but I’ll say now that if the high-flying Atlanta offense gets stifled by New England’s No. 1 defense, all the stunts and gimmicks won’t be enough to head off a drop in viewers.

I’m also skeptical about prospects for this year’s Oscars. Nominations last week were dominated by the musical La La Land, which received 14. It’s an enjoyable and accessible film, a love letter to both Los Angeles and to creators (which Academy voters love to celebrate). The film has grossed $109 million domestically after two months in theaters, excellent for a small film, but no blockbuster.

And thank goodness the Academy voters rediscovered people of color this year. One Best Picture director, three Best Documentary directors and seven of the 20 acting slots are African-American or other people of color. So at least #OscarsSoWhite won’t dog this year’s awards.

But ratings for one big pre-Oscar awards show/predictor, the SAG Awards, were down 31% from 2015 and 16% from last year. It’s hard to know if that was fatigue over awards shows in general, annoyance with winners’ political statements or other factors.

But given that awards shows are, like sports, one of network TV’s remaining few tune-in opportunities, there may be reason for concern, compounded by the small footprint La La Land occupies in the cultural conversation. Viewers who didn’t watch or like La La Land aren’t likely to tune in to root for even smaller and far more somber challengers such as Manchester by the Sea or Moonlight, or possibly even late-charging challenger Hidden Figures.

After last year’s broadcast, which had the lowest ratings in eight years, it’ll be interesting to see what hold the Oscars still have. Meanwhile, I’ll just note a couple of other small tidbits from this week:

So, as you spend your February watching some of TV’s biggest shows, keep an eye on the game behind the game. If the big events stop drawing, the networks are really in trouble.