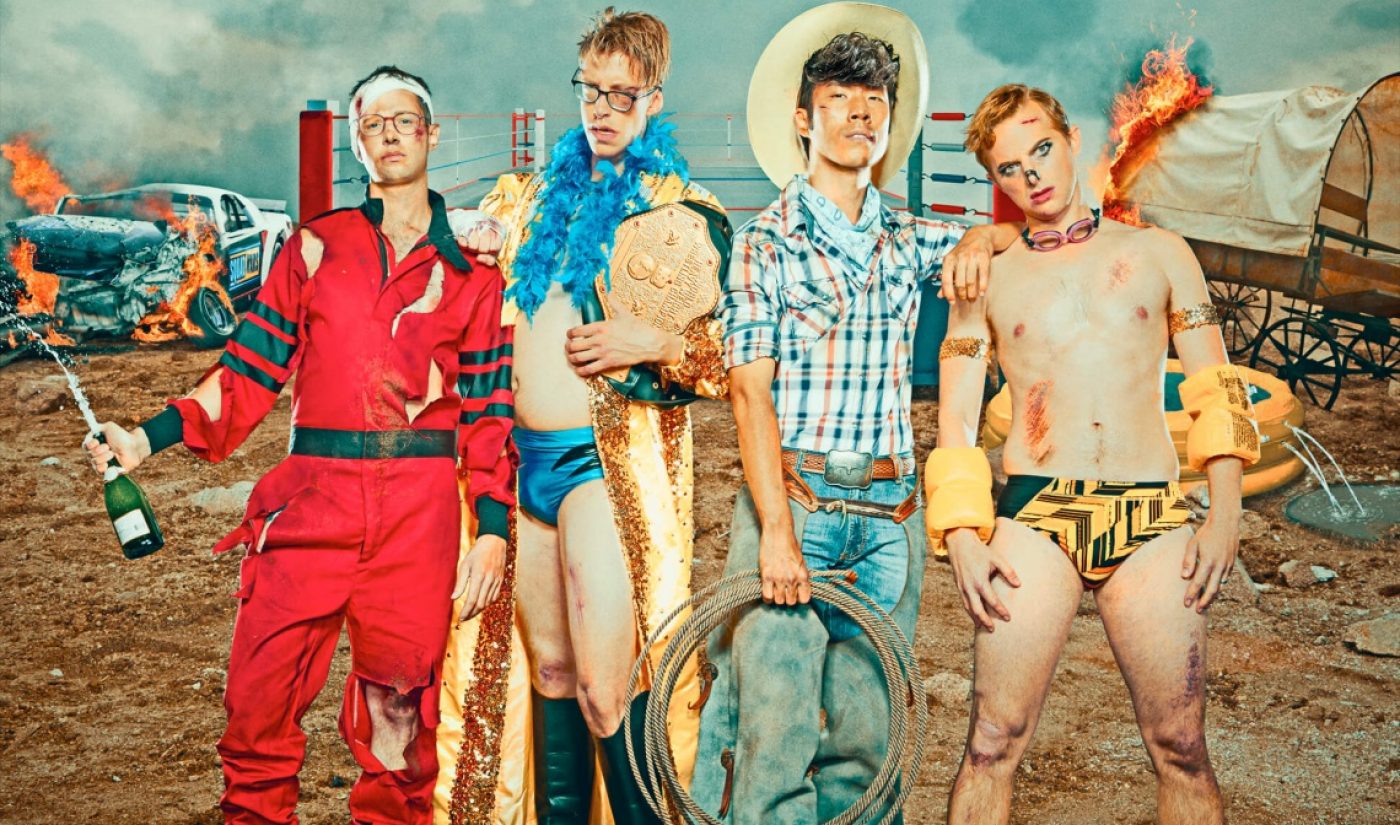 In an effort to appease the on-screen hosts who have made its video content so popular, BuzzFeed has worked with those hosts on long-form projects. One of those projects is Squad Wars, a new YouTube Red series produced by BuzzFeed Motion Pictures that stars the outlandish foursome known as The Try Guys.

In the BuzzFeed-produced videos they are known for, The Try Guys — Eugene Lee Yang, Ned Fulmer, Keith Habersberger, and Zach Kornfeld — take on challenges ranging from labor pains to ancient Olympic sports, with often hilarious results. Their YouTube Red show invites famous “squads” to take on similarly ridiculous tasks, with The Try Guys (as well as a few celebrity guests) serving as judges. Each episode will feature two teams battling it out in a specified competition to see which one gets to take how the coveted prize known as the “Try-phy.”

The combatants will be famous showpeople in their own right. Among the nine episodes in the first season for Squad Wars, viewers will watch UFC fighters take on drag queens in a cowboy competition and will see Rebecca Black and her friends square off against celebrity realtors in the arena of Bollywood dancing. Up first, however, is a “Pirate Adventure Challenge” featuring the casts of American Ninja Warrior and Project Runway.

Squad Wars, which was announced last year, is one of two BuzzFeed shows available through YouTube Red. The other one, Broke, premiered last September. A subscription to YouTube Red, which costs $9.99 per month, is required to watch these programs.