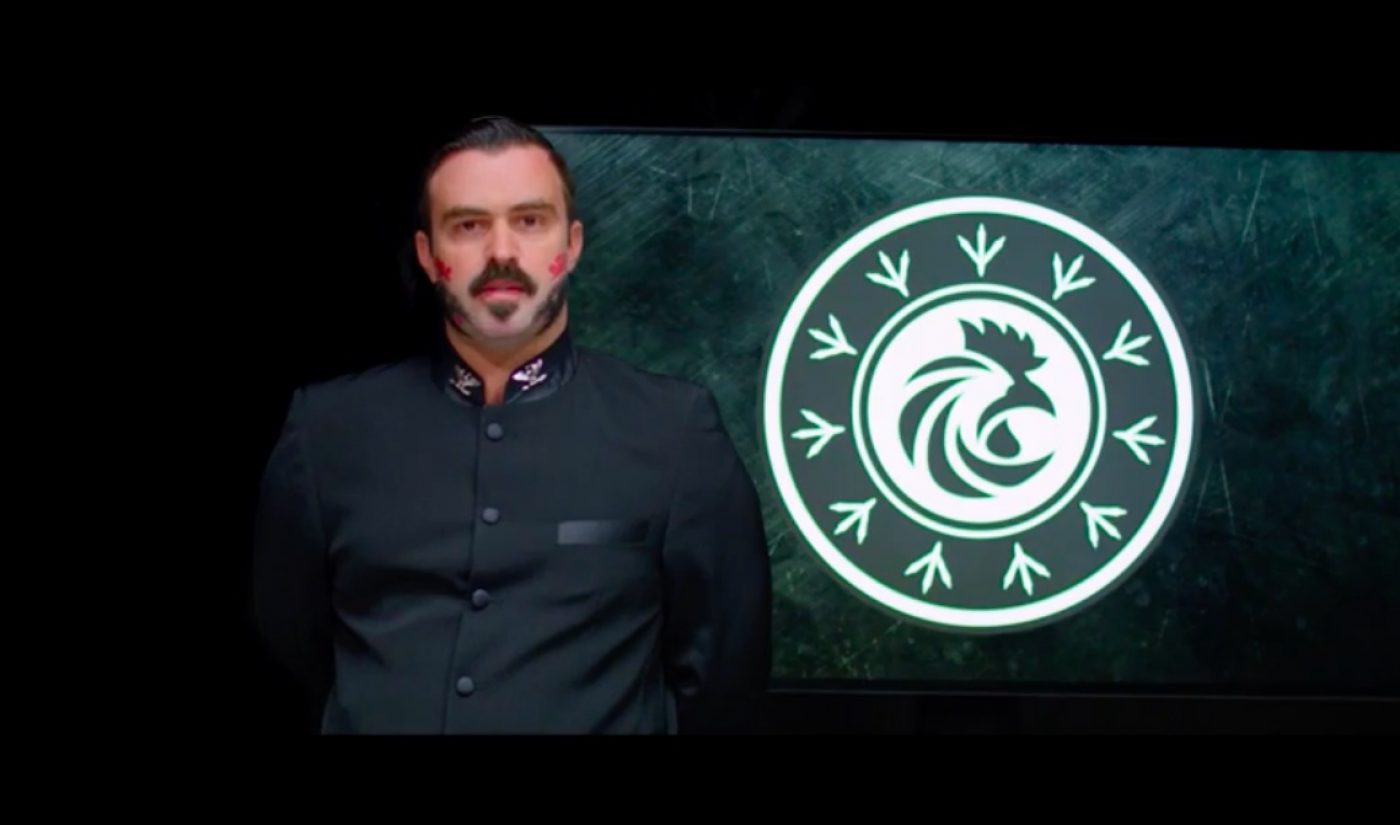 In 2014, the digital entertainment studio Rooster Teeth invited its fans to suss out the details of a murder-mystery when it launched a series called Ten Little Roosters. A sequel to that show has since been greenlit, and it is now just a few days away from its premiere date. A trailer has arrived for The Eleven Little Roosters, a spy-mystery-thriller that looks to be bigger and bloodier than its predecessor.

The titular Roosters are international spies who must figure out which one of them is a traitor. In each episode, characters will be killed off, and the viewers who accurately predict plot points by synthesizing clues like hidden QR codes, in-dialogue hints, and audio cues will win prizes.

Even for viewers who aren’t super sleuths, The Eleven Little Roosters will have plenty of entertainment value. Its offbeat characters will generate plenty of comedy, and Rooster Teeth aficionados will recognize many of their favorite personalities among the cast. Burnie Burns, Gavin Free, and most of the other Ten Little Roosters performers will return, and new characters will be portrayed by Geoff Ramsey, Zach Anner, and the Funhaus crew, among others.

Josh Flanagan, the director of both Ten Little Roosters and its forthcoming sequel, offered up a few of his thoughts to Tubefilter:

“I always viewed Ten Little Roosters as a proof of concept, for the different kind of experiences that web series can offer. Spicing in an interactive backbone, TLR sent the Rooster Teeth audience on a sprawling, sleuthing experience as they worked both with and against each other, trying to stay one step ahead of a masked killer. I guess someone liked it, because now they’ve let me make another one, and now we get to fully deliver on the concept with an expanded cast, scope, and story—and a whole new level of interaction. Whether you want to dig for clues in our sprawling metagame, where you’ll sometimes entirely rethink how you’re watching an episode, or simply enjoy a fun spy comedy with twists and turns, The Eleven Little Roosters probably has something for you to enjoy.”

The Eleven Little Roosters will premiere on January 16th on the Rooster Teeth website. In the meantime, a 360-degree prologue to the series is available on YouTube.