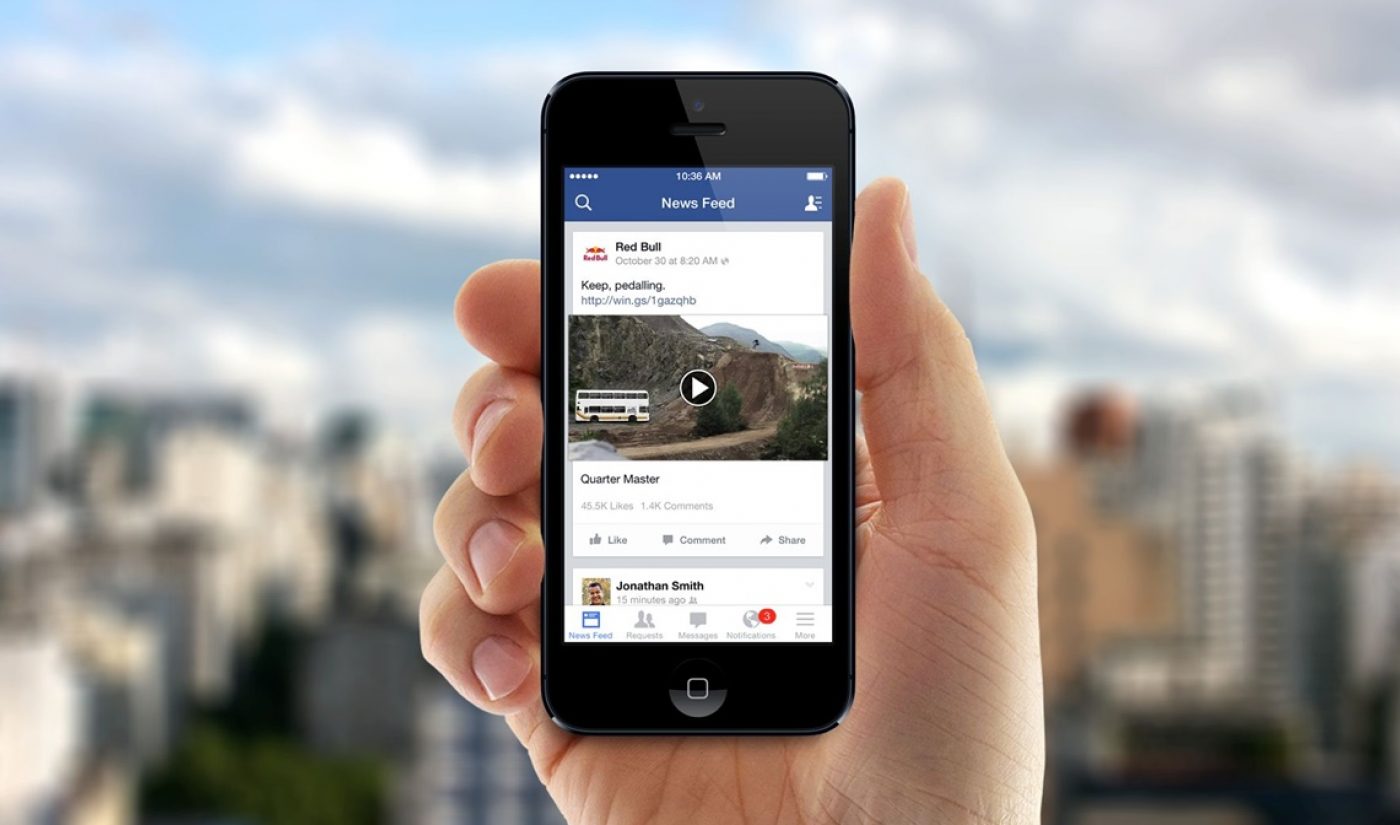 Facebook has paid creators to share and live stream content on its video platform, and it has spent tens of millions of dollars per month advertising its live broadcasting capabilities. Now, the social media giant is taking the logical next step: It is planning to fund a selection of scripted and unscripted original programs.

Recode notes Facebook’s original programming plans are still in their most nascent stage, so there aren’t any details about about specific producers, content creators, studios, etc. the company will work with, how much programming it plans to fund, or how much money it’s willing to spend on this particular initiative. We do know that Ricky Van Veen, who helped build CollegeHumor into one of the foremost comedy brands on the Internet, will lead the programming push as Facebook’s Head of Global Creative Strategy. And we know that Van Veen has connected with creators and media companies since he assumed his current post earlier in 2016.

We also know Facebook’s original programs will be featured on the social media site’s video tab, which launched on its mobile app back in April 2016  and has recently seen a wider rollout among Android and IOS devices in the United States (to the apparent delight of marketers, no less).

“Our goal is to kick-start an ecosystem of partner content for the [Facebook video] tab, so we’re exploring funding some seed video content, including original and licensed scripted, unscripted and sports content, that takes advantage of mobile and the social interaction unique to Facebook,” said Van Veen in a statement. “Our goal is to show people what is possible on the platform and learn as we continue to work with video partners around the world.”

With so many platforms now chasing premium original content, it is becoming harder for individual players to stand out, though many are trying. YouTube, for example, has funded original programming through multiple strategies, including a $100 million initiative from earlier in the decade and the year-old subscription service YouTube Red. Facebook has plenty of money to throw around, a huge user base, and a capable exec leading its programming push, so we’re curious to see what sorts of shows it offers up.