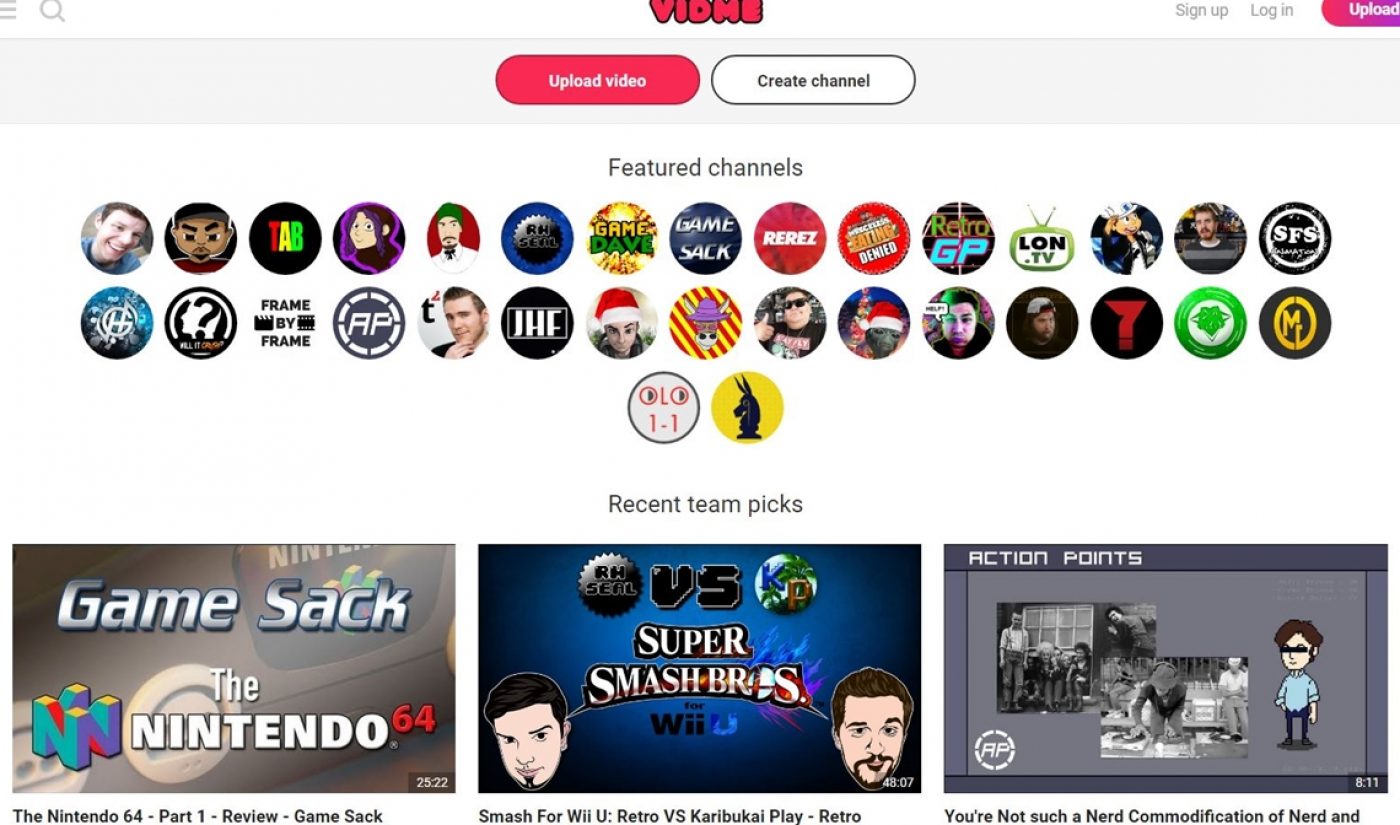 Vidme had previously raised a $3 million Series A round in April 2015.

The company, described as a cross between YouTube and Reddit, offers seamless uploads that can be posted to various categories within the platform, such as gaming, animation, movies, and entertainment — which serve as Subreddits of sorts. Vidme says its latest round will aim to develop features that help creators earn more money through the platform, including a recently-rolled out tipping feature that shows the names of donors more prominently (and of which Vidme takes a 5% cut). The company is also developing new non-pre-roll ad formats.

Vidme says it has over 25 million unique monthly users — a base that’s growing 20% month-over-month. Stateside, its demographic skews males aged 18 to 35, according to the company. Bold-faced publications such as USA Today, Huffington Post, Billboard, and People often embed videos from the service. Notable creators on the platform include I Hate Everything, Channel Awesome, Ozzy Man Reviews, Piemations, Wisecrack, and Your Movie Sucks.