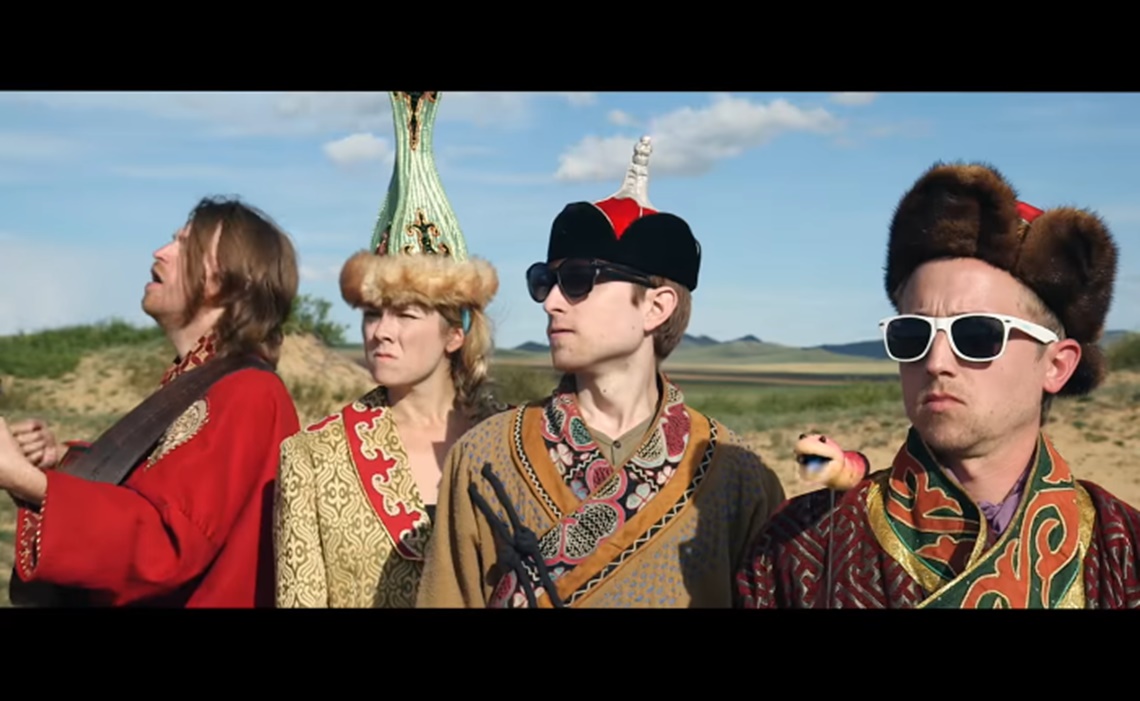 The Gregory Brothers are four members of YouTube’s old guard, but despite the fact that they’ve been making videos for a long time, Andrew, Michael, Sarah, and Evan Gregory are still innovating. Their latest show is Song Voyage, in which they travel the world and make music with local artists.

Across six episodes, Song Voyage follows The Gregory Brothers as they travel to countries like Mongolia, Japan, and Australia. Each episode chronicles a single stop on the journey, and in each nation they visit, The Gregory Bros will conspire with locals to go on adventures, achieve inspiration, and write melodious music. Based on the series’ trailer, it looks like a musical twist on an Anthony Bourdain show.

Song Voyage is a collaboration between two media companies with deep ties to the online video industry. Portal A, the studio known for serving up the annual YouTube Rewind collages, served as Song Voyage’s creator; Maker Studios, which works with The Gregory Brothers on YouTube, is its distributor. Song Voyage is one of 15 programs Maker is using to support the re-launch of its comedy hub The Station. While the show won’t be available on YouTube until December 14th (when it will arrive on The Gregory Brothers’ channel), it can currently be accessed through The Station’s channel on Sling TV.

“From branded content to original shows, we pride ourselves in creating premium content for the digital age,” said Portal A co-founder Nate Houghteling in a press release. “Song Voyage is the type of show that could only have been conceived online. It blurs the line between travel, comedy, and music in a way that makes it truly one-of-a-kind.”

While The Gregory Brothers are best known for their auto-tune videos, they’ve always sought to innovate new formats and keep their content fresh. Song Voyage will allow them to apply their skills in an exciting fashion; once it lands on YouTube on December 14th, new episodes will roll out every other week.