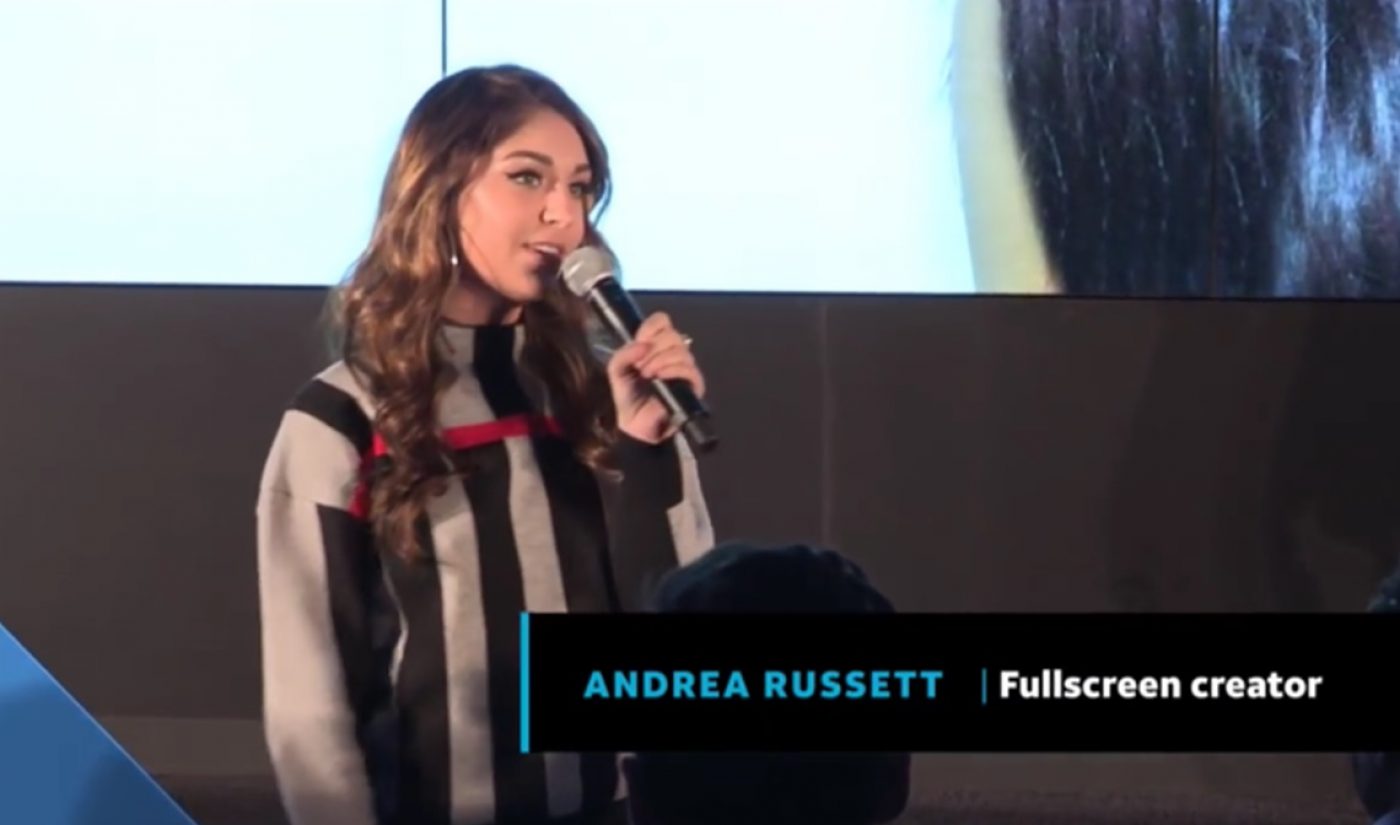 On November 28th, AT&T rolled out DirecTV Now, an Internet-based TV subscription service that serves as a competitor to related products like Sling TV. During the same press conference, AT&T revealed another piece of subscription video on-demand (SVOD) news: It announced a deal through which its existing mobile customers will be able to pick up a free, year-long subscription to the Fullscreen SVOD service.

AT&T, which owns a controlling stake in Fullscreen through the Otter Media venture it co-runs with The Chernin Group, is using its new offer to support an SVOD platform that launched earlier this year. By the terms of the deal, AT&T customers will be able to bundle the Fullscreen app (which normally costs $6 per month) into either new plans or existing ones. Content viewed on the app will be exempt from those customers’ individual data caps.

On the Fullscreen app (which is run by the digital media company of the same name), subscribers can find original programs from some of the biggest names in online video. Three of those creators — Andrea Russett, Brandon Rogers, and Amanda Cerny — showed up during AT&T’s introductory event for DirecTV Now, during which Fullscreen CEO George Strompolos also took the stage. “One of the things that is undeniable about this audience is that they are mobile first,” said Strompolos of Fullscreen’s typical consumers. “They create content with their phones, and they watch content with their phones.”

A stream of the event is available through the AT&T YouTube channel. Strompolos’ presentation begins at the 46:20 mark, with Russett, Rogers, and Cerny’s respective addresses occurring a few minutes later.

Per Engadget, AT&T’s Fullscreen offer will be available beginning on November 30th.