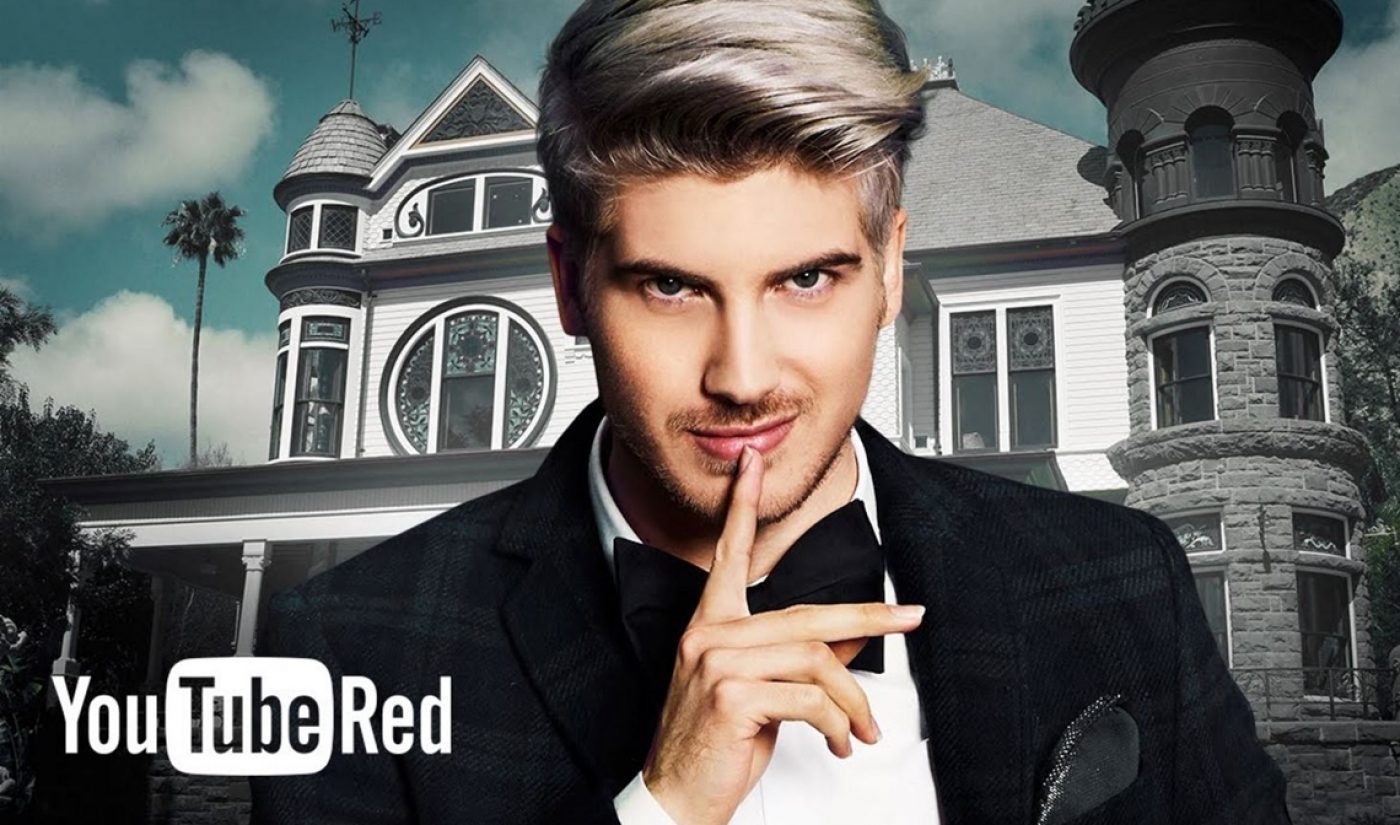 Today at MIPCOM, an annual entertainment trade show held in Cannes, France, YouTube’s global head of content Susanne Daniels shed some insight into the performance of the company’s one-year-old subscription service, YouTube Red, and announced the renewal of one of its original shows, the unscripted murder mystery Escape The Night starring hallmark creator Joey Graceffa.

Escape The Night was a runaway hit and its first episode clocked 9.2 million views and 1.1 billion social impressions, according to YouTube. Graceffa will once again headline season two, which is set to debut next year, alongside 10 fellow YouTube creators who must solve a whodunit murder mystery. Escape The Night is produced by Brian Graden Media and Graceffa.

“Being a part of the YouTube community and getting to create something that really resonated with our fans was truly rewarding,” Graceffa said in a statement. “Season two is going to be just as much fun and I’m looking forward to hosting another killer dinner party.” The cast of season one — including GloZell, iJustine, Lele Pons, Shane Dawson, Eva Gutowski, and others — took home a Streamy Award this year for ‘Best Ensemble’.

And at MIPCOM today, Daniels further expounded upon her overall vision for YouTube Red, where she said audience preferences would ultimately drive programming decisions. “Are we planning to mirror Netflix or Amazon in bringing TV to digital, or recreate the programming themes of MTV? The answer to those questions is no,” she said. “Our goal is to be uniquely YouTube. And our thesis is simple: identify YouTube’s most engaging stars and top genres, and invest in the content that fans tell us they want.”

Daniels shared several stats about the service, including: YouTube Red viewership is rivaling that of U.S. cable shows; half of original watch time is taking place on mobile phones; and Red members watch 75% more YouTube on smart TVs than non-subscribers. The creators who have partnered with Red on original content are also seeing major boosts on their own channels with respect to subscribers and watch time, Daniels said.

Other renewed series previously announced by YouTube include second seasons of both Foursome and Scare PewDiePie, as well as a sequel to Rooster Teeth’s Lazer Team feature film. Daniels also announced three new YouTube Red series at MIPCOM, including a half-hour sci-fi action series from Dwayne ‘The Rock’ Johnson.