McDonald’s Tells Us About Its Food With New Web Series 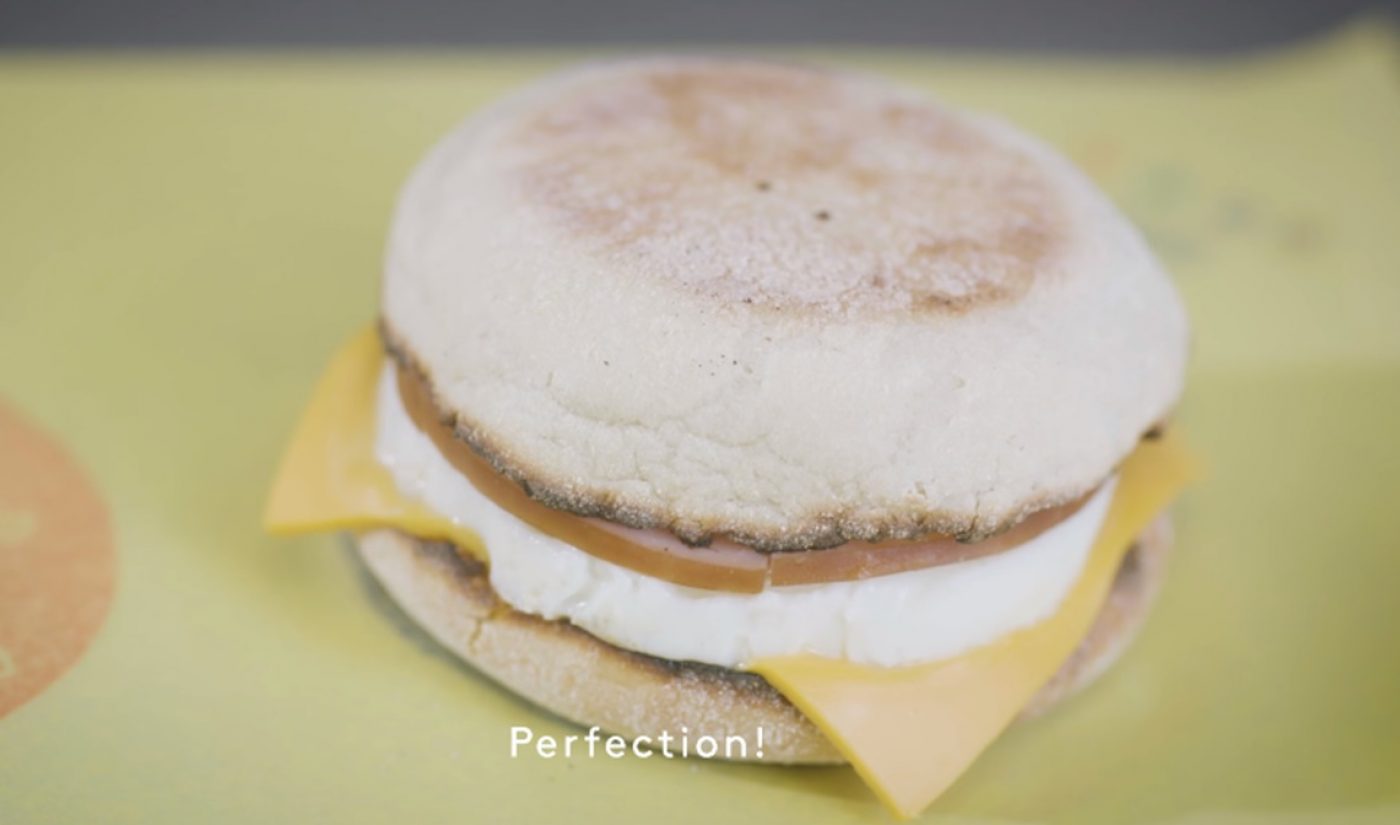 McDonald’s isn’t exactly known for the high-quality ingredients that go into its food, but with its newest project, it’s hoping to shift public perception. The fast food chain is behind What’s Cooking?, a web series will showcase the preparation behind some of McDonald’s most famous menu items.

Many web series from food and drink companies (such as Chipotle’s Farmed and Dangerous and Starbucks’ Upstanders) shy away from including too much brand iconography. With What’s Cooking?, McDonald’s is taking the opposite approach. The series is all about the chain, its food, and its culinary process. In the first episode, viewers learn about the history of the Egg McMuffin. Special attention is paid to the simple cookie cutter-like object that is used to form eggs into circular patties, thus answering any questions diners may have about the mysterious puck shape of their food. The narrator also makes sure to drop the word “foodie” into his discussion of the McMuffin’s inventor, thus making an appeal to gastronomes.

According to Fortune, future What’s Cooking? episodes will take viewers to the California location from which McDonald’s sources its produce and the Idaho farm where it gets its potatoes. “Through this video series, we will showcase our commitment to our food philosophy, Simpler is Better,” a McDonald’s spokesperson told Fortune. “We’ll also spotlight all the recent changes we have made over the last 18 months that show that we are making changes in line with the needs and expectations of today’s consumers.”

McDonald’s has a long way to go before it sells consumers on its menu’s nutritional value, but What’s Cooking? is a nifty little bit of PR. Hopefully, it will provide us with a further explanation about what exactly is in those McNuggets.