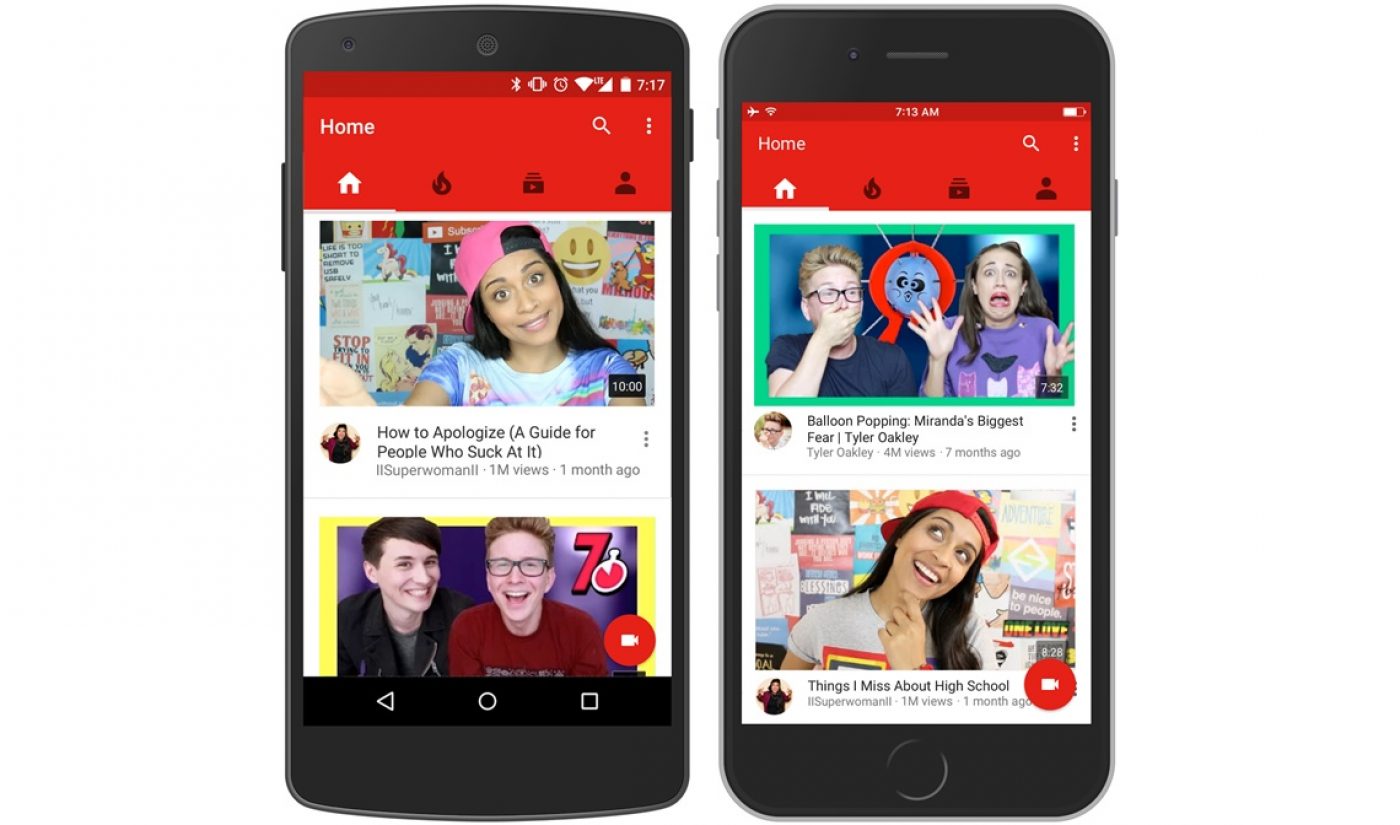 More than half of YouTube’s views come from mobile devices, and in order to satisfy that portion of its user base, the video site has announced a redesign. The YouTube app has been updated, and the new version touts big images that draw viewers into specific videos and an improved recommendation engine.

According to a YouTube blog post, the new mobile design “isn’t just a new coat of paint on the same old Home.” Instead, the video site is using its technology the improve the relevancy of the videos it suggests to individual mobile users. The new recommendation engine is built on Google’s neural network technology, which is discussed in a video embedded in the blog post.

Of course, even with these technical innovations, a new coat of paint was also welcome, and YouTube has given its mobile app a newer, simpler look. As seen in the picture above, the focus is on thumbnails, which have been made bigger and brighter in order to give YouTube some bonus points in the discoverability category. For video creators, this means that thumbnails are now even more important than they already were.

The YouTube mobile app is available from both the App Store and Google Play.