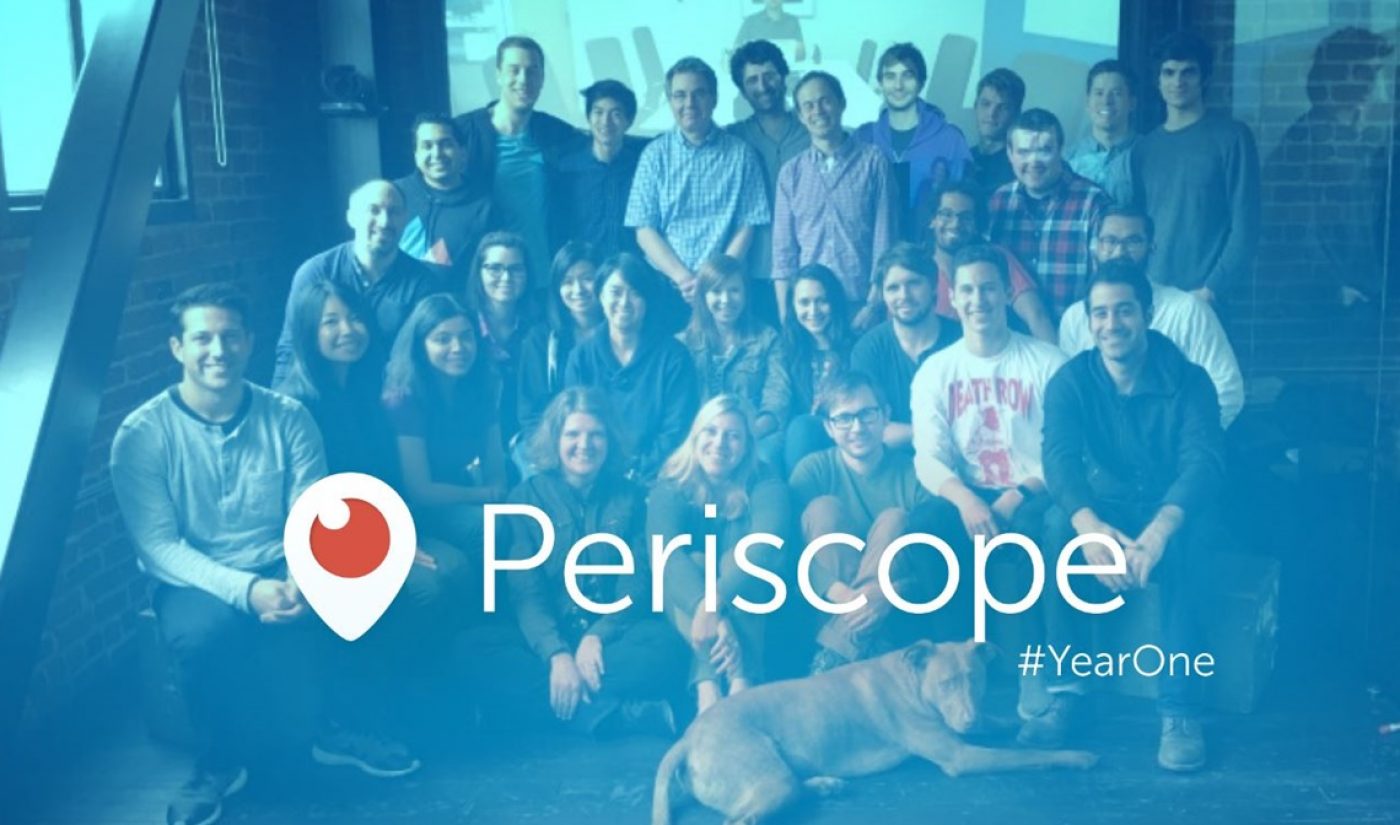 In celebration of its one-year anniversary on Saturday, Periscope provided a glimpse into key growth figures, announcing that it has hosted 200 million broadcasts since its inception and now accounts for 110 years of watch time every day.

This latter figure only refers to live streams viewed on Periscope’s iOS and Android apps, the company wrote in a blog post, and does not include replays or broadcasts watched on Twitter or online at Periscope.tv.

Periscope last announced in August that it counted 10 million total users who were watching 40 years of live video every day — meaning watch time has nearly tripled since then. Time watched is the stat Periscope calls its most important growth signifier, it wrote, and the company has not offered any updates as to how its user count has grown since August.

In January, Periscope said users had created 100 million broadcasts– meaning that this figure has doubled in just two short months.

But how do these stats stack up against competitors? For one, Periscope’s earliest rival (and predecessor) Meerkat announced that it was abandoning livestreaming altogether to launch a video-centric social network. And three-year-old Streamup claims that it’s the fastest-growing streaming platform in the world with 22 million monthly users who generate 310 years of watch time every month. YouNow, founded in 2011, says it hosts 100 million user sessions a month, and 50,000 hours of live video every day.

Facebook has not released any stats for its months-old streaming platform, Live — though it has made changes to its algorithm and reportedly sought celebrities to promote the service in a bid to amp up viewership.

And the latest entry to the livestreaming fray may be the forefather of online video: YouTube is rumored to launch a standalone livestreaming app in coming months called YouTube Connect.