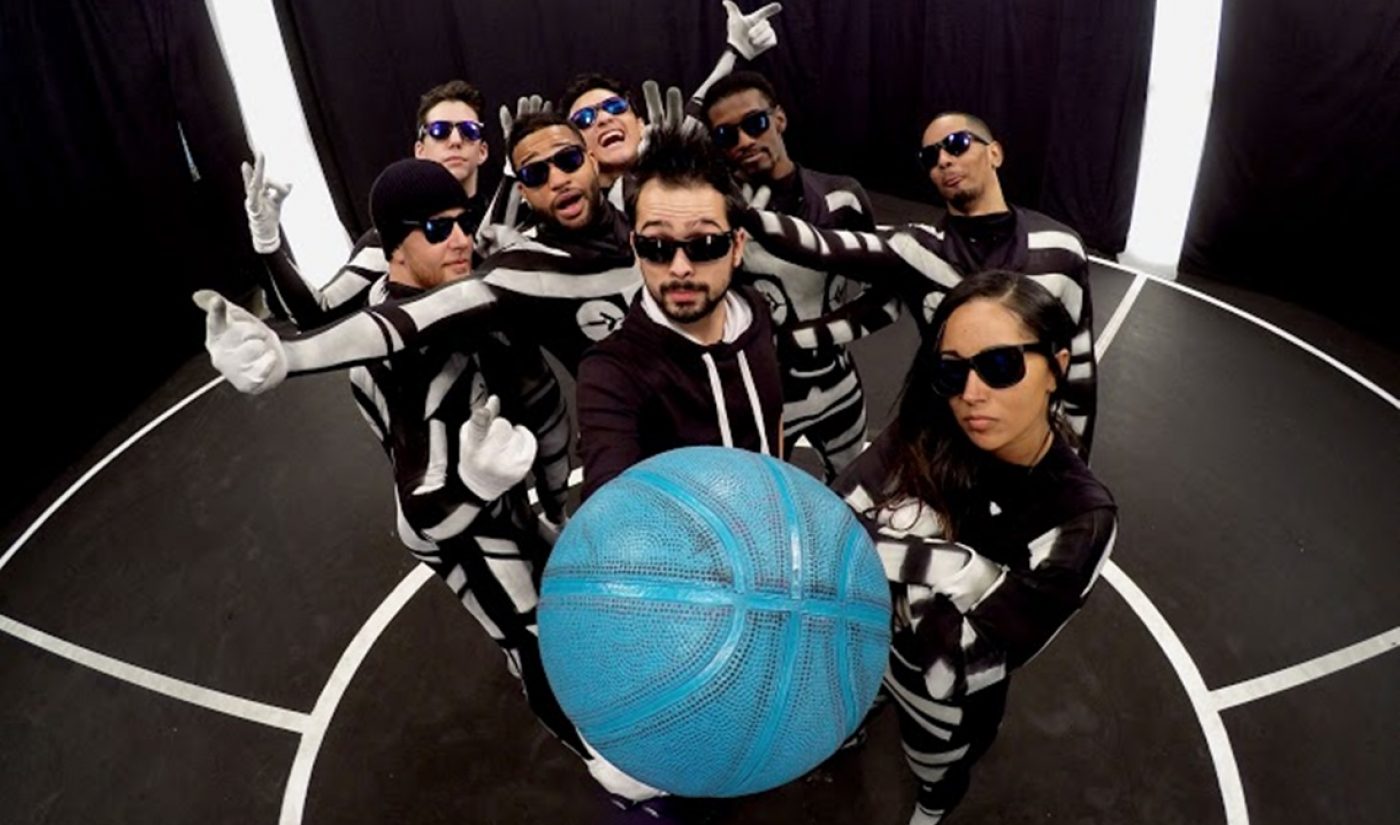 360-degree video is still a fairly new format on YouTube, and as it evolves, creators are claiming a lot of firsts related to it. The latest creator with a unique 360-degree idea is Joe Penna, AKA Mystery Guitar Man, who teamed up with YouTube to create the video site’s first ever 360-degree interactive game.

To create his game, Penna teamed up with Field Day, a YouTube-run channel that launched in May 2015 and gives featured creators the opportunity to film their dream videos. Field Day recruited expert basketball dribblers and roller-skaters who could pass around a series of balls and leave viewers guessing which of the balls is blue. It’s a hard concept to explain, but if you watch the first video in Penna’s series, his vision quickly makes sense. And for those of you that have seen this video, don’t worry; there’s no moonwalking bear hidden in this one.

As with other YouTube-powered games, Penna uses annotations to reward viewers who choose correctly and call out those who don’t. His use of a 360-degree camera in combination with that gamified format, however, is completely novel, and the whole result is brilliantly executed. Penna is no stranger to experimental video formats, but he’s done some of his best work here, and it’s worth checking out. It’s also quite difficult, and I’ll admit I didn’t successfully complete all three rounds of the game on my first try. If you want to bring the difficulty as low as possible (and ensure the smoothest possible gameplay experience), I recommend viewing this video on a mobile device.