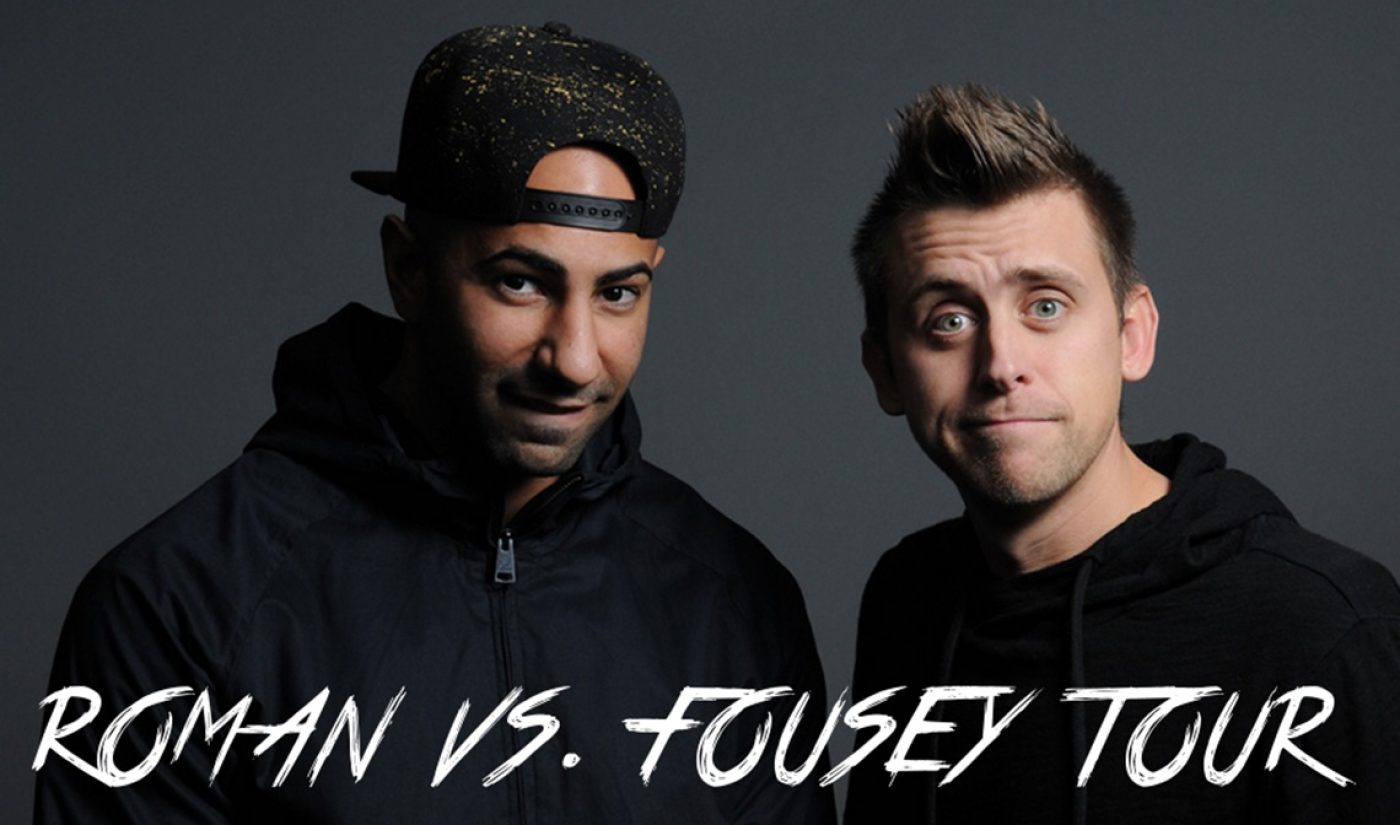 With more than 16 million subscribers between them, Roman Atwood and Yousef “FouseyTUBE” Erakat are two of the most popular practical jokers on YouTube, and in late February, they will team up to co-host a series of performances that will unite their respective fanbases. Atwood and Erakat have teamed up with live event producer Mills Entertainment for “Roman vs. Fousey,” a West Coast tour that will hit five cities in six days.

“Roman vs. Fousey” will begin on February 23rd in Seattle and will hit Portland, San Francisco, and Los Angeles before concluding on February 28th in San Diego. Along the way, members of their respective fanbases–Atwood’s “Roman Soldiers” and Erakat’s “Bruh Bruhs”–will experience sketches, stand-up, and, of course, pranks, all courtesy of the two headlining YouTube stars.

“To be able to connect the Roman Soldiers and Bruh Bruhs at a live show is something that nobody has seen before,” said Atwood in a press release. “I’m excited to finally hang, laugh, and smile more with my fans in person. It’s going to be so fun and so big!”

Mills, which includes live “experiences” led by digital stars among its specialties, has produced events alongside Tyler Oakley, Lilly Singh, Kian Lawley, and JC Caylen. Its two latest poster boys are both repped by the Creative Artists Agency (CAA), which also owns equity in Mills.

Tickets for the five “Roman vs. Fousey” dates will be available from the tour’s website beginning at 1 PM EST on Friday, January 15h.