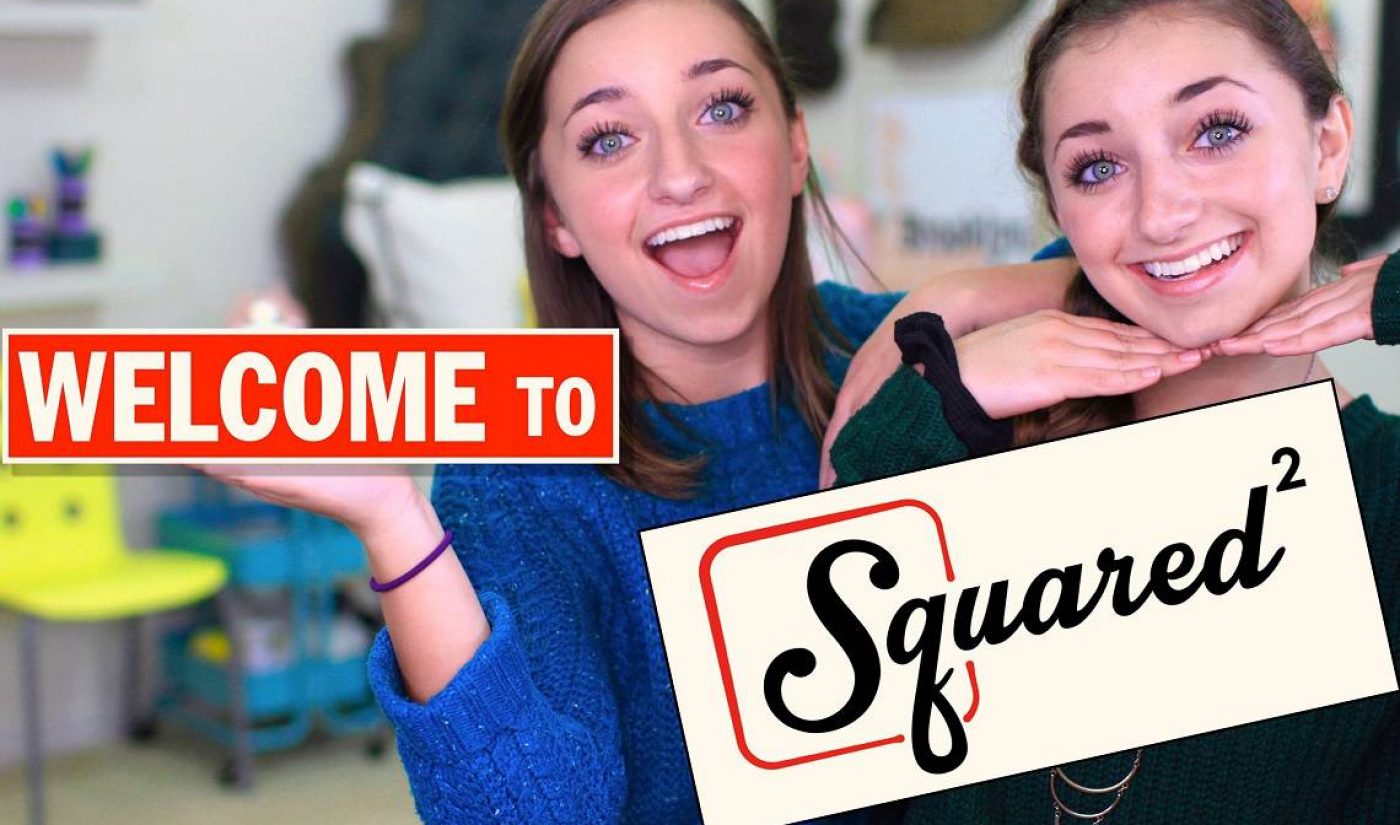 YouTube channel BrooklynAndBailey reached the 1 million subscribers milestone in September 2015 and then the 2 million mark in December. Now, the titular 16-year-old twin sisters behind the channel have a new reason to celebrate. Brooklyn and Bailey have launched a new YouTube channel dubbed Squared, filled with content created only by identical or fraternal twins. It’s kind of like the Twins Days Festival in Twinsburgh, Ohio (yes, it’s a real thing) come to life in the form of millennial-and-younger-oriented online video entertainment.

Named for the algebraic term for multiplying a number by itself (and because twins!), Squared arrived online during the 2015 holiday season, and already boasts over 157,000 subscribers and more than 2.9 million total video views after its six short weeks of existence. The channel features vlogs, advice, music covers, sketch comedy, beauty and fashion tutorials, twin myths and insights videos, and more teen-centered lifestyle content from creators around the world.

“We started Squared because people always seem to have a fascination with twins. Most people often wonder what it would be like to have a twin, so as twins, we are all here to help!” Brooklyn and Bailey explained to Tubefilter. “We also know that part of the success of our own BrooklynAndBailey channel comes from the fact that we’re identical twins. People are drawn in to our weekly videos, trying to learn how we are different, how we are the same, and how we interact with each other as twins! Although multiples are a small percentage of the general population, we wanted to create a place where twins could be featured and people could learn more about them!”

Brooklyn and Bailey said Squared will occasionally have themed weeks mixed in with more “spontaneous” content. The twins helming Squared also noted future videos will feature special guests. While the majority of these guests will be twins (of course), Brooklyn and Bailey said other types of programming “might be other YouTubers pretending to be twins” (because everyone, at sometime or another, loves to be twinsies).

You can watch a new video from one of the sets of twins every day at 2 PM CST on Squared’s channel.