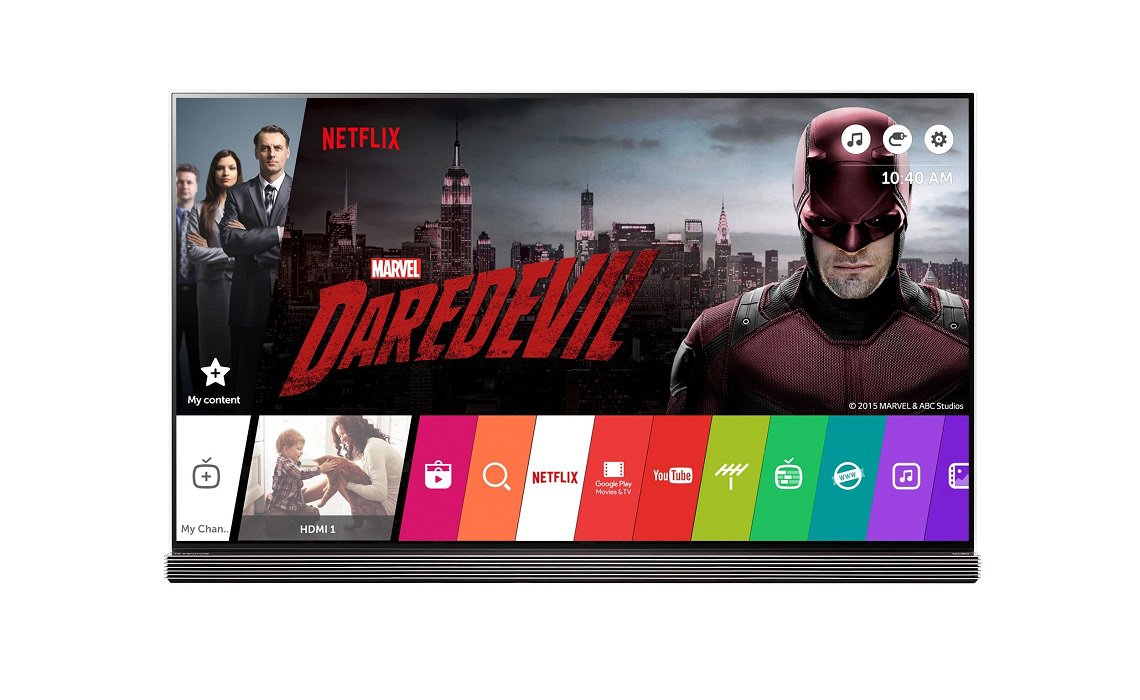 LG is taking its smart TV game to the next level. The Korean consumer electronics manufacturer will add streaming internet channels from brands like BuzzFeed to several new LG smart TV models.

LG announced and demonstrated the streaming internet channels at CES 2016. More than 50 internet-based channels will live alongside channels from traditional television and cable networks on LG’s high-end TVs. In addition to BuzzFeed, television owners will also be able to watch content from companies like GQ, Wired, and Vogue. All internet streaming channels, which will be shown in orange font to differentiate from the typical linear channels, will be available through a dedicated app, as well as accessible via the TV’s main guide.

The internet streaming channel feature on new LG TV’s was born out of a partnership with Irvine-based startup Xumo. That company specializes in adding internet content to traditional television setups and experiences. However, Xumo was only responsible for part of LG’s overall internet channel streaming efforts. The Korean tech brand also partnered with German internet video startup Watchmi to add 300 more streaming channels from around the world to its new smart TVs.

And LG isn’t stopping there in giving consumers access to the most popular digital media entertainment around. The electronics manufacturer also announced a distribution/integration partnership with Netflix. LG will work with the streaming video service to provide pre-paid access to Netflix’s library of licensed and original content (include some titles in 4K and HDR) as part of the streaming service’s recently-announced expansion into 130 new territories.

“We are excited to be the global business partner of the world’s most popular content provider Netflix,” said Brian Kwon, President and CEO at LG’s Home Entertainment Company, in a release. “From our side, LG will continue its dedication to innovating display and audio technologies in order to offer global consumers a superior 4K and HDR viewing experience. By adopting the most promising cutting-edge technological advancements, LG will continue to lead in the global premium TV market.”

“Our global partnership with LG will help entertainment lovers worldwide discover and enjoy Netflix,” added Scott Mirer, VP of Device Partner Ecosystem at Netflix. “We look forward to delighting our members with cutting edge technology and the ability to watch their favorite series in 4K and HDR.”

You can read more about LG’s CES announcements on the company’s official website.