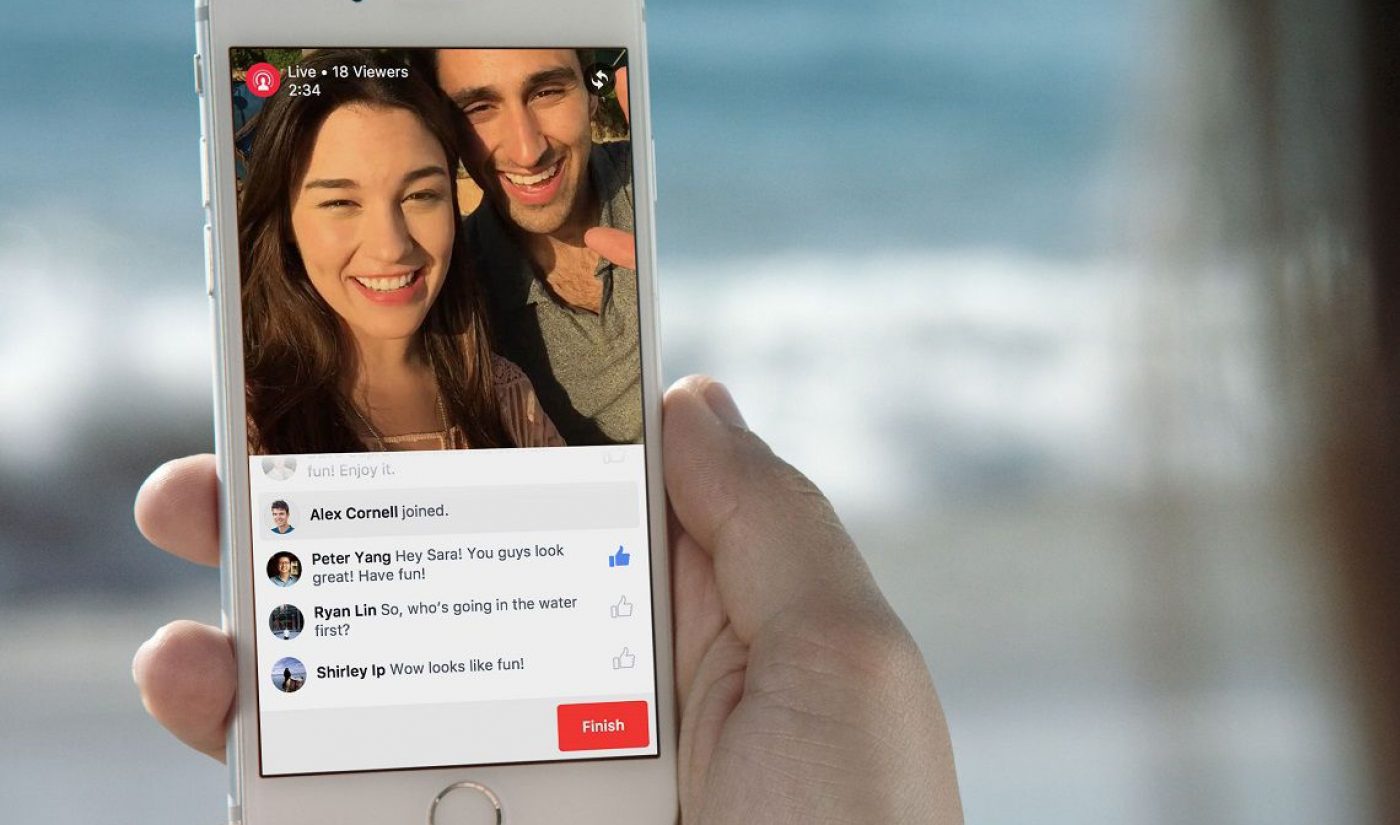 Facebook may get eight billion video views a day, but the social network is looking to up its live streaming game, as well. The online video giant has started rolling out its new live streaming feature to select iOS users in the United States.

Facebook previously released its live streaming feature, dubbed simply Live, in August 2015 to select users with verified accounts, like actor Dwayne “The Rock” Johnson and lifestyle expert Martha Stewart. Now, the same broadcasting feature is available to various users on Facebook’s iOS app. When users go to post a new status update, they’ll see a “Live Video” icon. Streaming users on Facebook can write a short description of their impending stream and choose who to broadcast to (i.e. friends vs. the public) before going live.

Facebook explained in a blog post that “during your broadcast, you’ll see the number of live viewers, the names of friends who are tuning in, and a real-time stream of comments.” Viewers can subscribe to get notified the next time a user starts streaming, as well as see current live streams in their Home Feeds. And unlike Twitter’s Periscope, Facebook’s new broadcasting feature saves completed streams to users’ Timelines for later viewing, just like regular video content.

Because of the live streaming feature, Facebook noted how it’s working to provide a new sharing design for smartphone users on iOS and Android devices. The social networking site is testing the sharing tool with a handful of people who can now click a “What’s on your mind?” prompt at the top of their News Feed in the Facebook app. From there, users can choose to write, live stream, check in, update their moods, or upload a photo/video. The sharing tool, if eventually adopted across all users, will help Facebook “include new sharing features in the future.”

In addition to Live, Facebook also launched its new Collages feature. This media format is exactly what it sounds like – a scrolling, moving collage of photos and videos. With Collages, Facebook will group users’ recent photos and video together so users can edit and rearrange the content before naming the collage and sharing with friends. Collages is now available for all iOS users, and will be available on Android in early 2016.

You can read more about Live and Collages on Facebook’s blog.