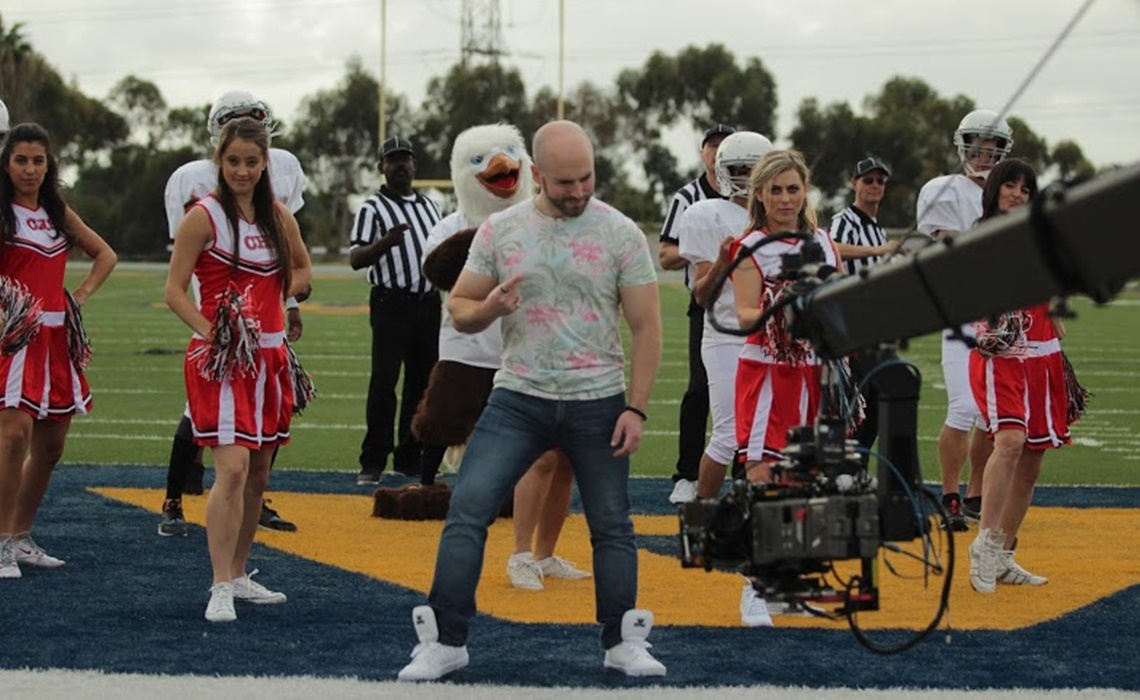 Consumer electronics company Lenovo has added its name to a fair number of sponsored YouTube projects, but its latest partnership with the online video community looks like its most ambitious so far. It teamed up with production company Portal A for a campaign that features YouTube stars Matthew Santoro, EeOneGuy, and TheViralFever.

The campaign is titled #Goodweird, and it gave each of its creative partners the chance to film a dream video using the Lenovo Yoga tablet. Santoro, who hails from Canada, used the opportunity to travel to California and create a video about water; EeOneGuy, from Moscow, elected to shoot a weird music video; TheViralFever, led by its Indian stars, opted for a “weird, crazy Western.” The three creators then convened on Lenovo’s channel for an intercontinental dance-off that features the Yoga tablet front-and-center.

The video is the latest example of Portal A’s ability to link up YouTube stars across multiple oceans. The San Francisco-based studio previously worked with creators in North America, Europe, and Asia for its 2014 YouTube Rewind video.

“Lenovo empowered the YouTube creators (and our team) to create content that will feel truly special the creators and their audiences. It’s a different way of looking at marketing, where the first objective is to delight and entertain millions of viewers, positioning the brand as content creators themselves (as opposed to simply advertisers),” said Portal A’s Zach Blume in an email. “These creators each have their own niche audiences, and what this campaign was able to do was speak to those niche audiences authentically, and build a bridge between them. If you look at the comment thread on just the collaboration video, there are fans of each of the creators around the world participating in that conversation.”

Blume also predicted that the videos within the #Goodweird campaign are expected to combine for more than 20 million views.