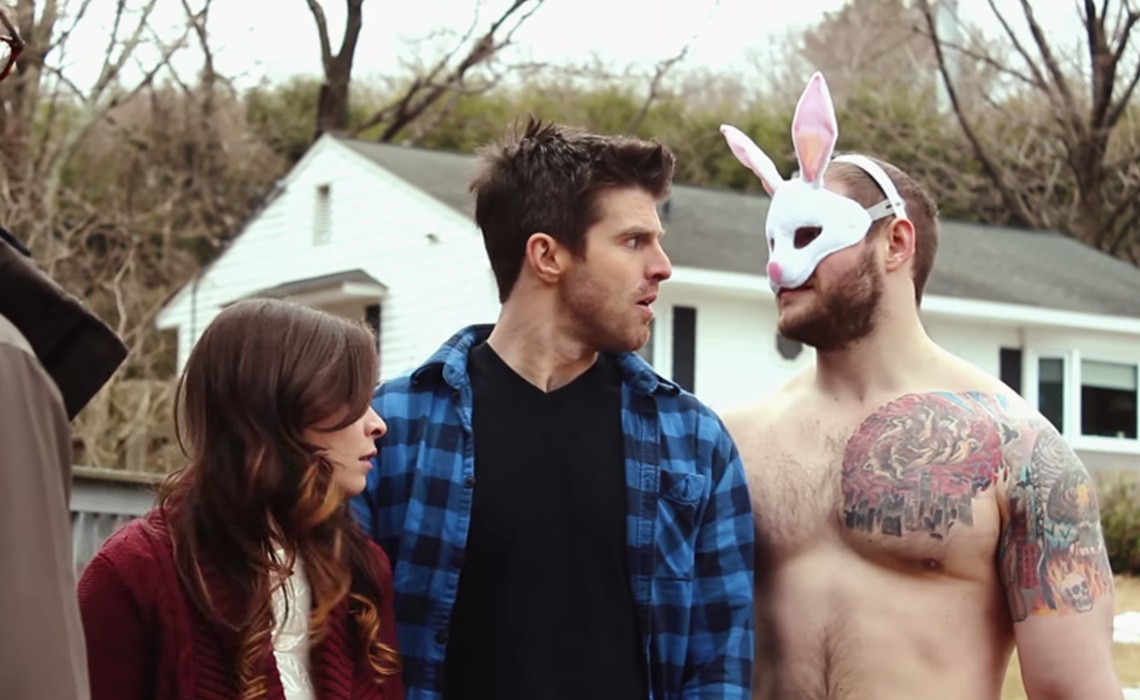 A bizarre suburban neighborhood serves as the setting for a unique new web series. The neighborhood, and the series itself, is called The Shades, and its residents practice an eclectic range of alternative religions.

Many of the characters in The Shades are total weirdos, but the two recurring protagonists are a fairly ordinary married couple named John and Hayley. Over the first few installments, they serve as the straight man and woman as they witness a number of unusual religious practices. In one episode, a Buddhist man is so shabby and humble that they mistake him for a homeless man. In another, they encounter the Satanist bros who live down the street. The pilot, however, takes place at a neighbor’s Easter celebration, which includes a hilarious, Pagan twist.

The Shades features commentary on the world’s religions, but it does not skimp on the comedy. Instead, the series features a dry, subtle sense of humor that provides laughs without being too loud. “Religion is something that governs and shapes so many lives. To limit discussion on it is outrageous,” said creator Kevin Davis in a press release.“Looking at issues through a comedic lens allows The Shades to make points and create humor in new ways.” To see how Davis lives up to his words, check out The Shades on YouTube.