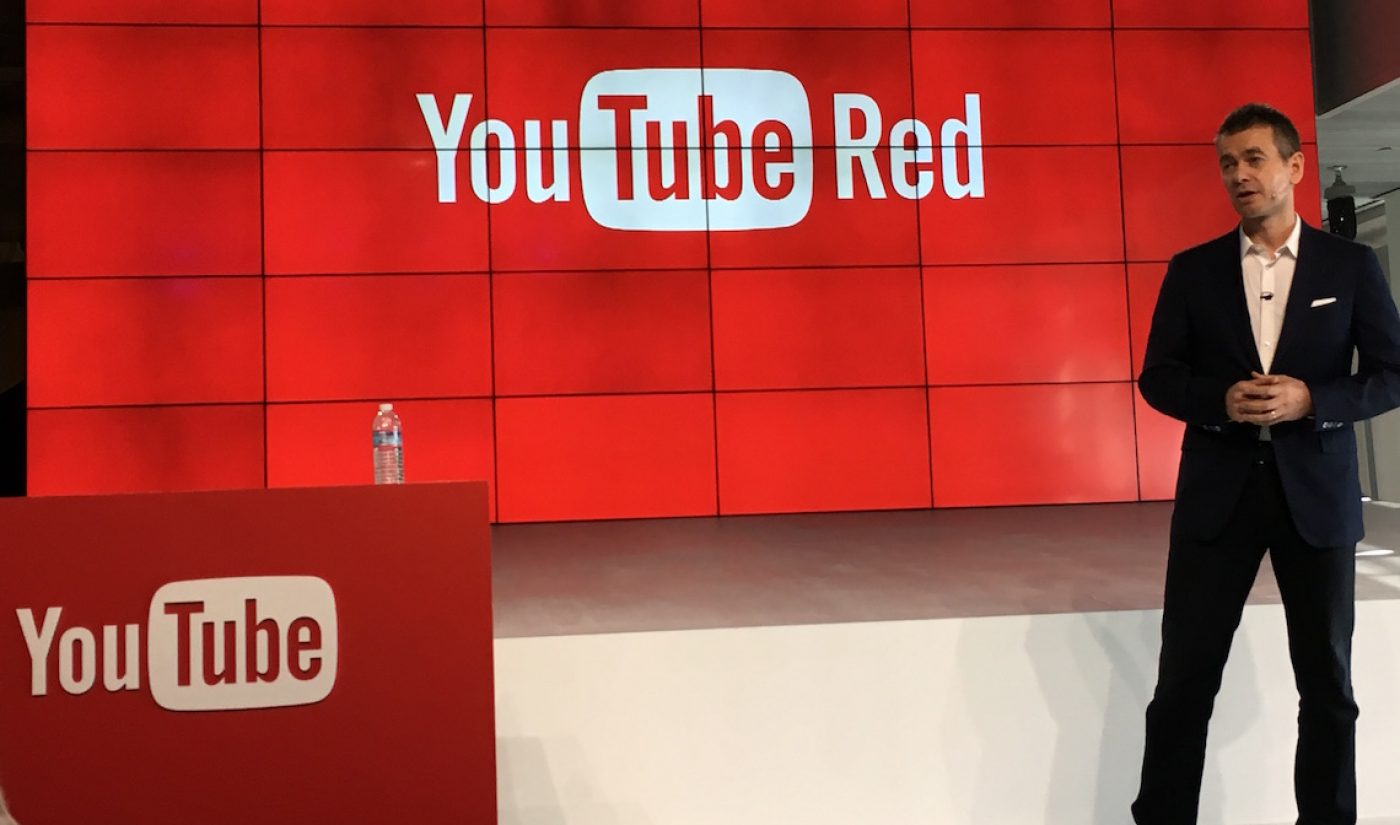 On October 21st, YouTube announced YouTube Red, a premium subscription service that offers ad-free viewing, offline playback, and access to an upcoming library of original programming created by members of the YouTube community. Upon its launch, YouTube Red has inspired a mountain of responses from various media publications, many of which have raised concerns about the new service.

Some of the concerns are valid, but there have also been many articles that have drawn up faux controversies that aren’t based on the facts of YouTube Red. In particular, I’ve noticed at least seven different “myths” pop up in recent articles about it. Let’s go over those myths, one at a time, and debunk them:

Several outlets have looked to compare YouTube Red to Netflix. Fortune took the comparison the furthest, writing “Google wants to compete with Netflix—and Hulu and HBO Go and Comcast’s Watchable—as well as Spotify and Apple Music and Pandora, all at the same time.”

On the surface, this comparison has merit. Both streaming services require a subscription, and both are using the promise of original content to attract new users. The basic prices are even the same; YouTube Red and Netflix’s most popular plan both cost $9.99.

But that’s where the comparisons end. Netflix is a disruptive service and an indispensable tool in the cord-cutter arsenal. YouTube Red, on the other hand, won ‘t help you replace your cable subscription in any way, because YouTube doesn’t have the licenses for TV shows from major networks or movies from major studios–nor does it seem interested in acquiring them. Instead, the YouTube Red original content will come from the online video industry’s creative community, so it’s more accurate to think of the new service as a way for YouTube to upsell its most dedicated users by promising them an exclusive content tier.

If Netflix only produced original content, perhaps YouTube Red could be thought of as a competitor. But that’s not the case, so it’s time to chill on all the “next Netflix” talk.

At this point, most people seem to understand that YouTube Red will not replace the video site’s ad-supported offering, but there have still been some misleading headlines. The Christian Science Monitor termed the new service a pivot, which implies that YouTube will move away from the ad model that has become its bread-and-butter.

There are many reasons why ad-supported YouTube won’t go away, but to put it simply, TrueView ads have galvanized the video site’s growth over the past decade. “If you look at media over time, most of them have both ads and subscription services,” said YouTube CEO Susan Wojcicki a year ago, when she first hinted at the possibility of a premium subscription offering. “YouTube right now is ad-supported, which is great because it has enabled us to scale to a billion users, but there’s going to be a point where people don’t want to see the ads.”

If YouTube ever moved away from its ad-supported model, it would lose millions of users in the process. I can’t imagine a realistic situation where that sort of change makes sense.

Myth 3: YouTube Red is a bad deal for creators, and they’ve only signed up for it because they’ve been strong-armed by YouTube

We’ll spend more time delving into the financial side of YouTube Red in an upcoming post, but the bottom line is that the service’s economics look good for creators. At the very least, creators will see no change. In that worst-case scenario, none of their current viewers will sign up for YouTube Red, and as a result, advertising rates will stay exactly the same.

If viewers do sign up for YouTube Red, though, they become what YouTube Chief Business Officer Robert Kyncl calls “high value” users. “Advertisers tell us what a user’s eyeballs are worth,” he said at the press event where YouTube Red was announced. “Now, it’s the user, voting with their pocket, telling us what their eyeballs are worth.”

To translate this out of business speak, we turn to Hank Green, who posted a recent video discussing YouTube Red. He considers a hypothetical YouTube super-user who watches two hours of video on the site each day. Give the current state of YouTube ad rates, that user will only generate about two or three dollars in revenue each month. If that user signs up for YouTube Red, however, he generates $9.99 per month. And since Kyncl has stated YouTube is sharing the “vast majority” of its subscription revenue with creators, YouTube Red has the potential to make creators a lot more money than they could ever make off ads.

Shortly after the announcement of YouTube Red, Gizmodo pulled a couple of tweets from established YouTubers, which it gathered under the headline “YouTubers Are Up In Arms About YouTube Red.” That’s a bit of an overstatement, since there are YouTubers (like Green) who see YouTube Red as a beneficial service. I want to focus, however, on tweet in particular from a YouTube gamer with more than 800,000 subscribers, Jesse Cox:

Sorry, Jesse. I think your videos are hilarious, but I disagree with you here.

I can certainly see why he would be worried. After all, the creators who will release original programs on YouTube Red all come from the site’s upper echelon. But Green talked about this issue, too, and he suggests YouTube Red might actually be more beneficial for the minnows of the YouTube ecosystem. The reasoning, as he puts it, is that smaller channels could have a larger percentage of dedicated fans who will be willing to pay for the new service, and as we’ve already established, more viewers who are YouTube Red subscribers = more revenue for creators. Subscription revenue from YouTube Red will be divvied up based on watch time for individual channels, so it is possible for everyone to benefit, so long as they can get eyeballs on their videos. This is a myth with some truth to it, since many channels run by ESPN have already been turned private thanks to rights issues stemming from the launch of YouTube Red. Don’t expect many other channels to go dark, though. Kyncl has admitted that his team still has contracts to negotiate, but 99% of YouTube’s creative partners are on board, and Kyncl hopes the others will soon follow suit. “We’re still in the final sprint,” he said.

This is a viewpoint that hasn’t been trafficked much, but it’s certainly worth talking about. In 2013, the last time YouTube tried to launch a paid subscription service, the results were lackluster. That effort, however, was mostly based around traditional media companies, while this one is more focused on the homegrown YouTube community.

Online video stars have displayed their ability to drive a tremendous amount of revenue based around premium content; take, for example, the success of films like Camp Takota and Expelled, which used the appeal of digital star power to generate strong returns. The stars aligned with YouTube Red have enough influence to drive thousands of subscriptions, and that can’t be said for most of the channel owners YouTube tried to sell in 2013.