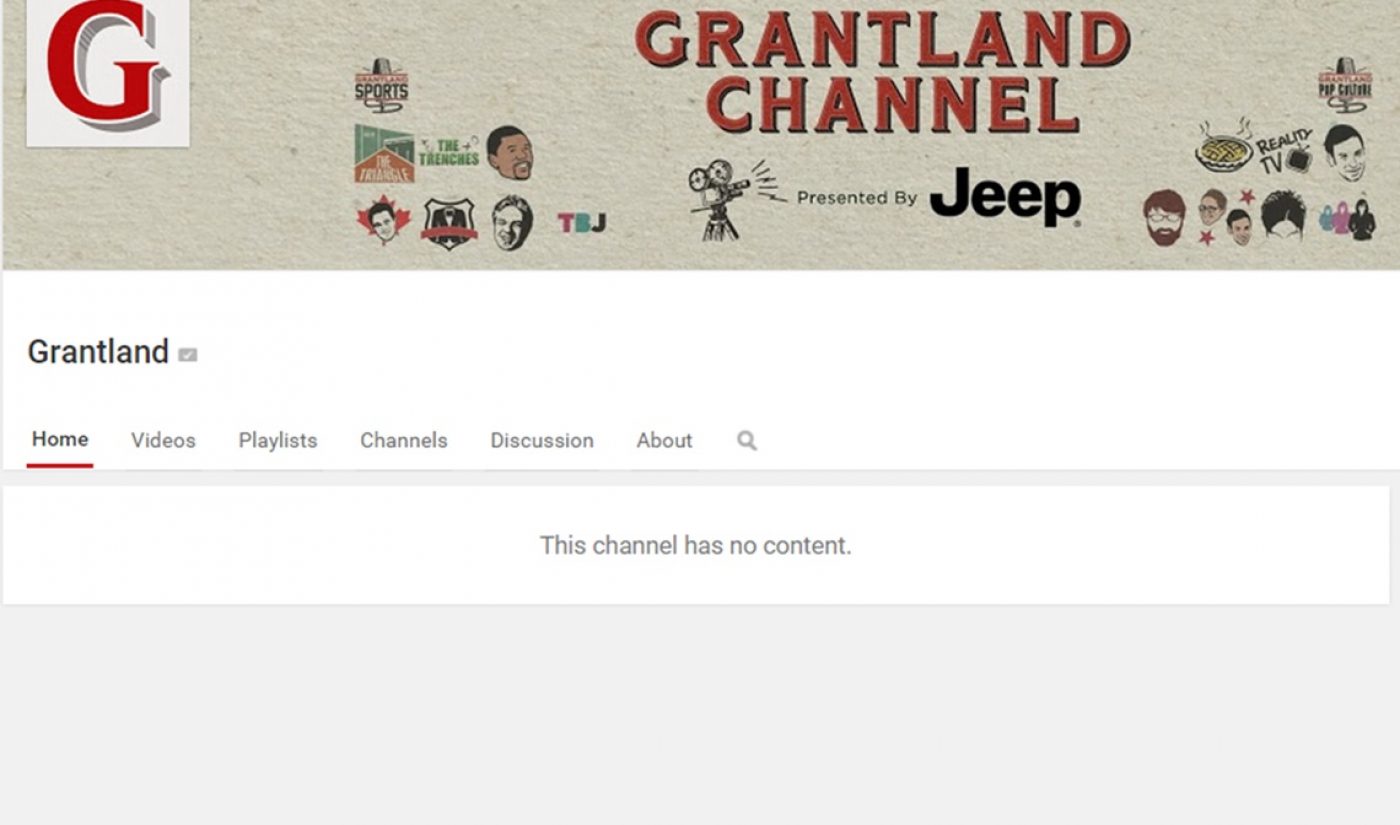 In launching its brand-new YouTube Red service, YouTube made all its content partners agree to make their videos available to paid subscribers. For most channels, this has not been an issue; YouTube Red, which costs $9.99 per month, serves as a new revenue stream for creators, and economically speaking, its gains should outstrip any lost ad revenue.

While most content partners have agreed to YouTube’s terms, sports blog Deadspin noticed one significant holdout–at least for now. Thanks to rights issues and other related legal matters, most of the channels within ESPN’s YouTube network have been turned private.

ESPN is owned by Disney, but the rest of the Mouse House’s properties are on board with YouTube Red. It is only ESPN, which must abide by a number of contracts with sports leagues and distribution partners, that is not included in the deal. As a result, just two ESPN YouTube channels–those of the X-Games and Nacion ESPN–are active. The rest, including the YouTube homes of Grantland, First Take, and the NBA on ESPN, are dark. In total, at least 11 channels are affected by the change.

We’re not expecting many other holdouts to go dark alongside ESPN. Three months before the launch of Red, YouTube said it had 90% of its creative community signed on with the new service. As Red launched, YouTube content boss Robert Kyncl upped that percentage to 99% (with watch time serving as his metric of choice).

At the same time, its not clear when ESPN’s channels will rejoin YouTube. We reached out to a YouTube spokesperson, who confirmed that ESPN videos are not part of the Disney/YouTube deal because of rights issues.

While they may not be available on YouTube, ESPN videos can still be found on the Worldwide Leader in Sports’ own websites. Grantland, for example, has directed potential viewers here.