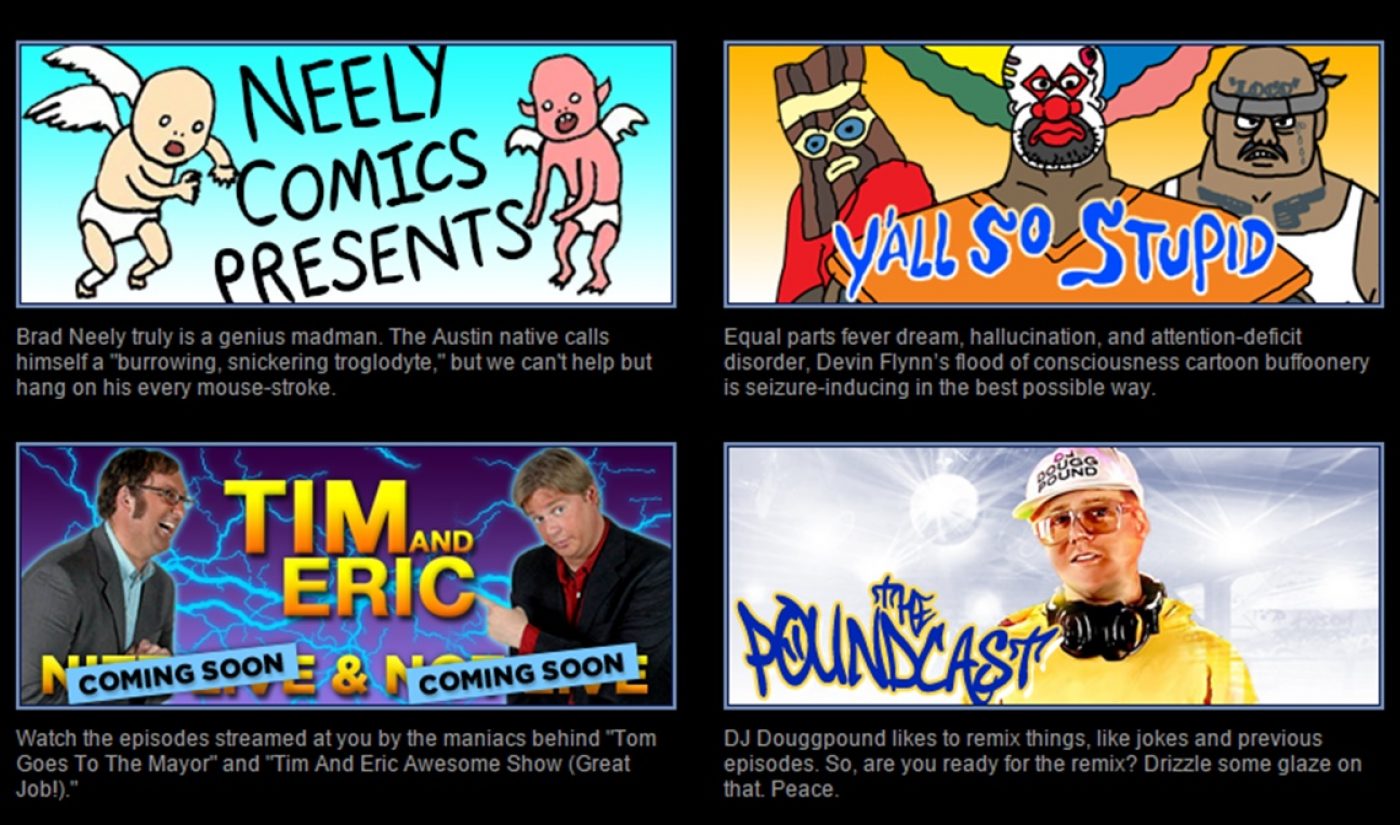 Rejoice, old-school web video fans: Super Deluxe is coming back. The online video destination, which was folded into Adult Swim more than seven years ago, will return in some capacity, according to a new report from Variety.

The original Super Deluxe was launched in early 2007 and featured contributions from a variety of comedy notables, including Maria Bamford, Bob Odenkirk, Tim Heidecker, and Eric Wareheim. The result was an eclectic collection of short videos, web series, and animations, and Super Deluxe generated positive press–including some from us.

Unfortunately, Super Deluxe struggled to attract name recognition, and so Turner merged it with Adult Swim. It was relegated to a barely-active portal within the Adult Swim website, and we thought that would be the last we heard from Super Deluxe.

We thought wrong, because Turner is bringing Super Deluxe back. According to Variety, Turner started staffing the revived venture last year, and it has named former CBS Films execs Wolfgang Hammer and Winnie Kemp as two of the primary Super Deluxe execs. The goal now is to find “emotionally meaningful” comedy content, though Variety notes Turner’s interest in “action and adventure” videos as well, suggesting a wider scope than Super Deluxe’s first iteration.

How will the new Super Deluxe fit into an online video industry that is much more crowded than it was in 2007? Variety suggests the answer lies in Turner’s ability to use Super Deluxe as an “incubator” of sorts, where lesser-known creators can gain exposure before jumping to TV and other platforms. There is a precedent for this: One of the shows on the original Super Deluxe, Brad Neely’s China, IL, ultimately ended up on Adult Swim, where it ran until 2015 and became a cult favorite.

The original Super Deluxe had a knack for distributing worthwhile comedy programming, so while the Internet is very different than it was eight years ago, we’re glad to see Turner’s comedy hub make its return. We eagerly await additional details.