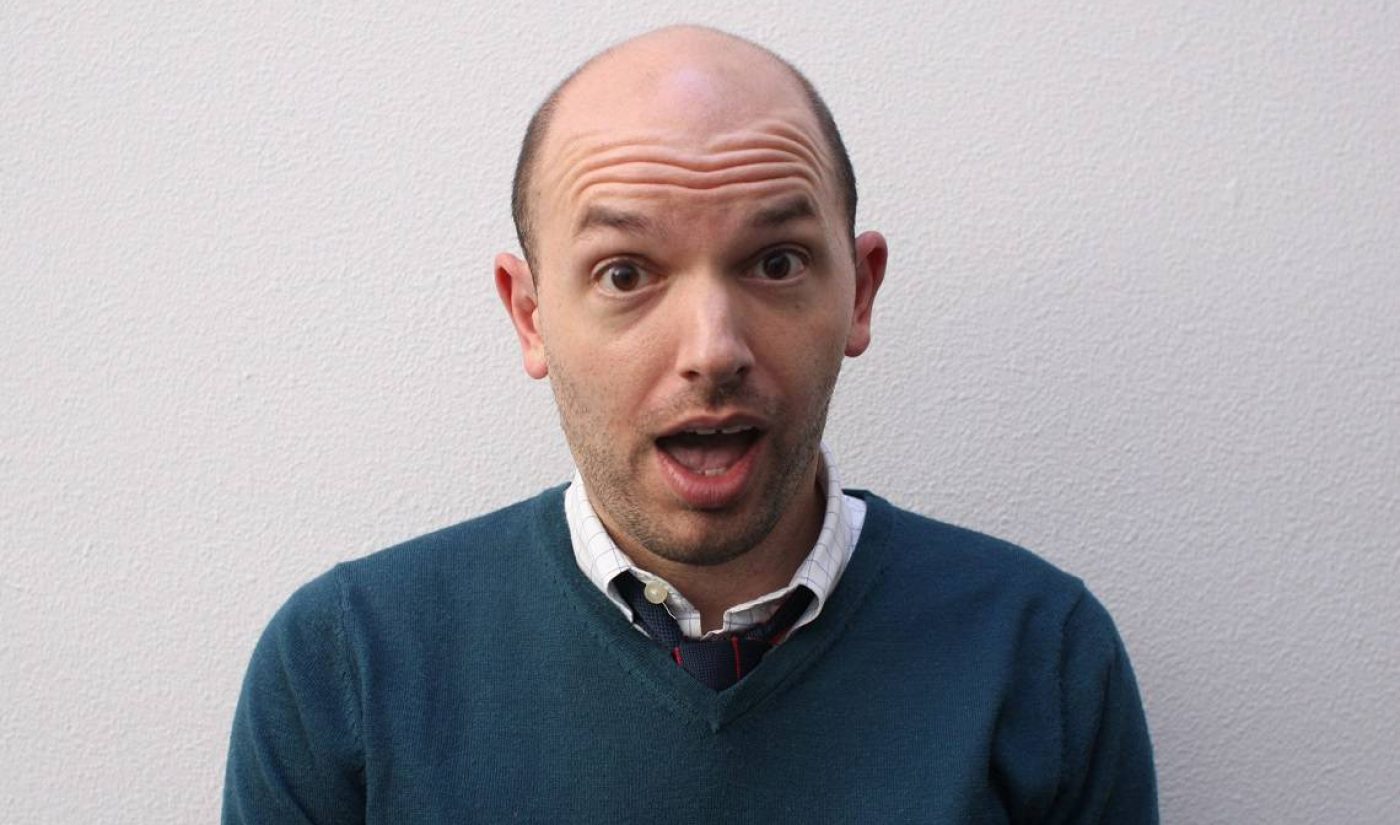 Paul Scheer will lend his voice talents to an upcoming animated series created for exclusive release on Vine. The actor has signed on to the web series White Ninja, set to debut on December 5, 2015.

The White Ninja Vine series is based on a web comic by the same title, which released strips on Cracked.com until August 2013 when the comic went on an undefined hiatus. Scheer, known for his work on shows such as FX’s The League and Hulu’s Hotwives of Las Vegas, will voice White Ninja’s titular character, who is described in a release as “intellectually restricted and, apparently, pain impervious.” White Ninja’s voice cast also includes Kathleen Barr (Ed, Edd n’ Eddy), Shannon Chan-Kent (Littlest Pet Shop, My Little Pony), Brian Drummond (Inspector Gadget, DragonBallZ), and David A. Kaye (Make Way for Noddy, X-Men Evolution).

“We are very excited to have Paul joining an already incredible team of creatives,” said Whiskaye’s Jameson Parker, who is serving as an executive producer alongside Kaye. “The White Ninja name has attracted an amazing selection of writers and directors for the show including some of the biggest influencers in sketch comedy, stand-up, and the YouTube and Vine world. Paul is a huge comedic talent and the perfect choice to bring White Ninja to life.”

This White Ninja series may be one of the first professional serial projects to turn solely to Vine as a distribution platform. Creators have used other social media sites in the past, specifically Instagram, to test the release of web series. But White Ninja looks like it’s breaking some new ground with its focus and release on Vine. You can catch the first five episodes of White Ninja starting December 5 on vine.co/WhiteNinja. Three new episodes (each running roughly six or so seconds, of course) will be released every week until the series concludes.