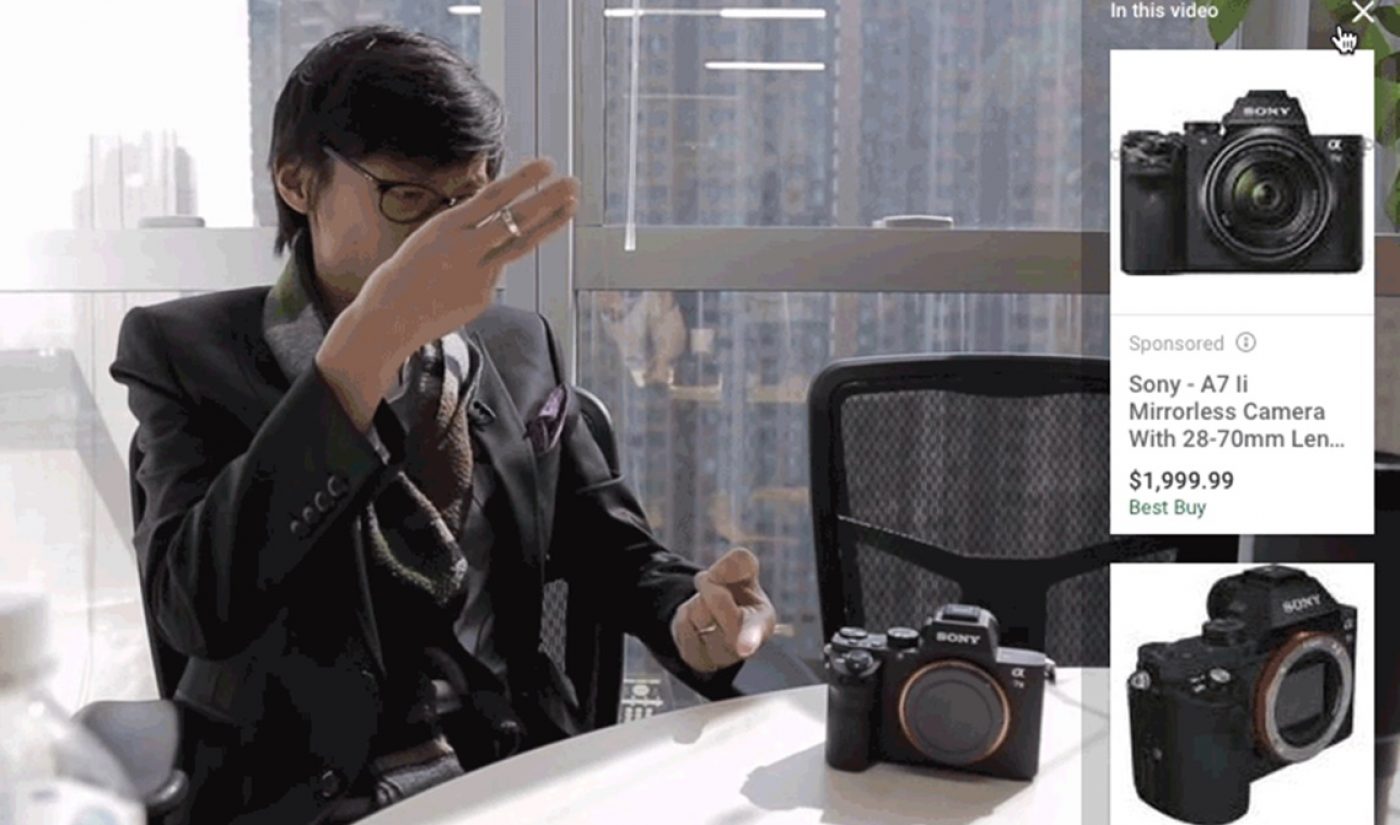 YouTube is making it easier for shopaholic viewers to fulfill their cravings and for its marketers to sell their featured products. The world’s largest video-sharing site announced on September 29, 2015 that its “shoppable” video format is being tested now and through the fall and will be available for advertisers sitewide via Google’s Adwords in the coming months.

The shoppable videos make use of in-video menus dubbed Shopping ads that are reminiscent of YouTube current annotations feature, except slicker and seemingly automagic. As products are presented on screen, viewers can click a small icon in the upper-right corner of the player to see which items appear in that particular video. Viewers can then click on those items to travel to external webpages, where they can obtain more information and purchase the featured products. Here’s how that interaction works, in gif form:

For YouTube, the shoppable videos are the culmination of several changes it has rolled out over the past few months. The shoppable video platform is built with the new “card”-based annotation system YouTube launched in March, and it extends the existing TrueView for Shopping format that arrived two months after that feature became available to creators.

Shoppable videos are obviously of the most use to brands and advertisers, but if expanded, the feature could be incredibly relevant for a certain brand of creators. For “haul girls” and “unboxers” who highlight specific products–sometimes with support from brands–shoppable annotations provide a new revenue stream. The new cards could also make it easier for creators to cite “cite their sources” so to speak. For example, a YouTube beauty guru giving a smokey eyes tutorial can use a Shopping ad to credit the exact kind of mascara highlighted in the video, as well as potentially financially benefit from anyone who uses the Shoppable ad to purchase the product. Also, by extending the capabilities of its shoppable videos, YouTube could keep up with other companies, like Amazon, that have already worked with online video stars to create a product recommendation engine.

Regardless of what features may or may not be added to Shopping ads on YouTube, however, creators still stand to benefit. If the format is successful, that means brands and marketers will devote more advertising dollars to YouTube, which means more revenue and an increased ad rate for the site’s channel partners.

For more information on the Shopping ad format and regular updates about Google’s marketing innovations, keep an eye on the tech giant’s Adwords blog.