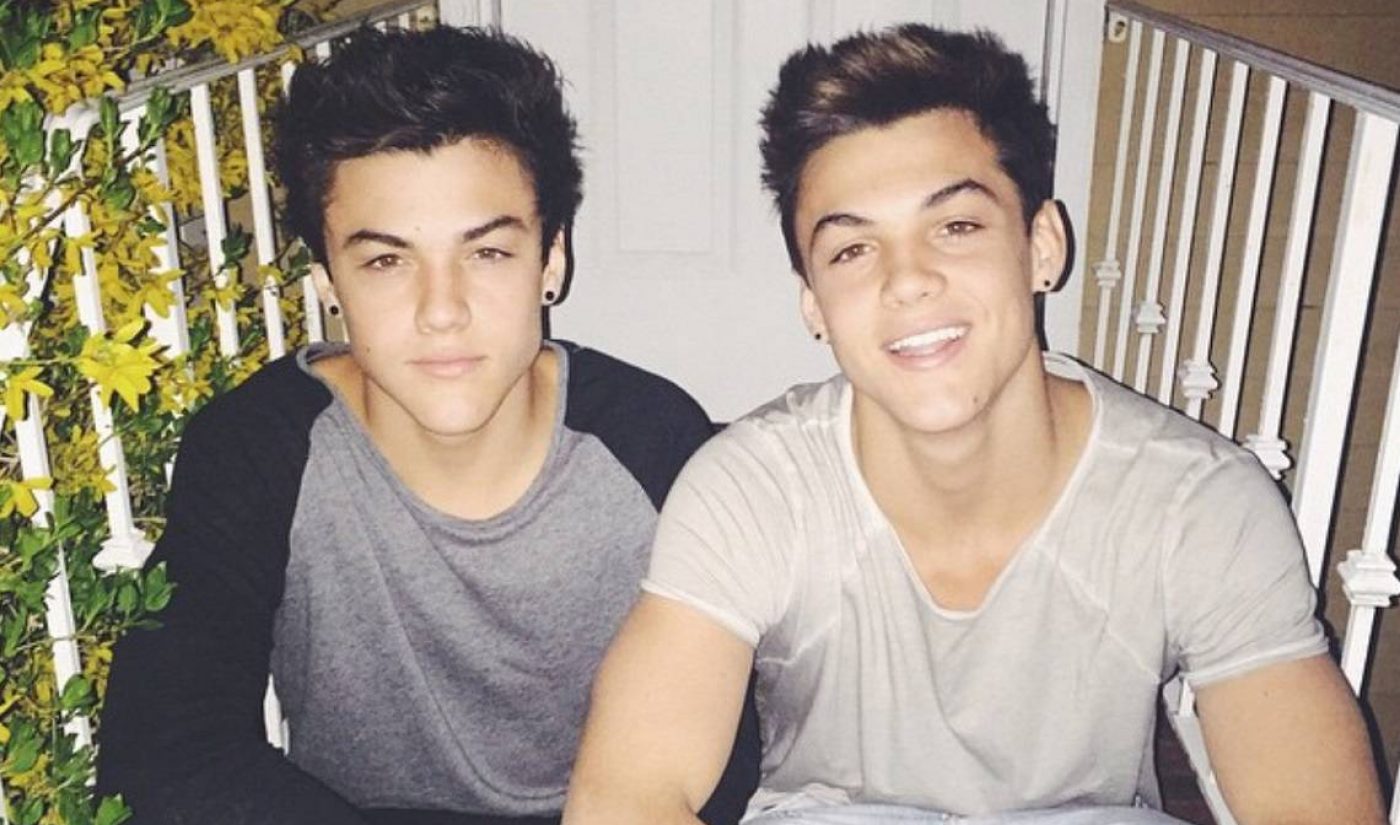 AwesomenessTV just gained a new pair of digital celebrities. The YouTube multi-channel network founded by Brian Robbins in 2012 has signed Ethan and Grayson Dolan (aka The Dolan Twins).

The Dolans got started with their digital careers on Vine in May 2013. After posting consistently and collaborating with other creators such as Amanda Cerny and Jack Dail, the 15-year-old siblings found themselves quickly rising to Vine fame. Ethan and Grayson now boast over 5.6 million combined followers across both their accounts. The Dolan twins decided to create a YouTube channel on March 9, 2014. Once Ethan and Grayson started posting regular comedy and sketch pieces in January 2015, the duo saw their subscriber count skyrocket. The Dolan brothers’ YouTube channel currently claims over 30 million collective video views and more than 790,000 subscribers in total.

In addition to signing the Dolans, AwesomenessTV has been working on a few other projects in the last few months. The YouTube network is bringing new programming to Canadian television, and partnered with actress Zoe Saldana for digital content for its upcoming moms-based network Awestruck. Awesomeness Films is also producing the feature-length film Dance Camp starring Meg DeAngelis, and announced the upcoming flick Before I Fall.