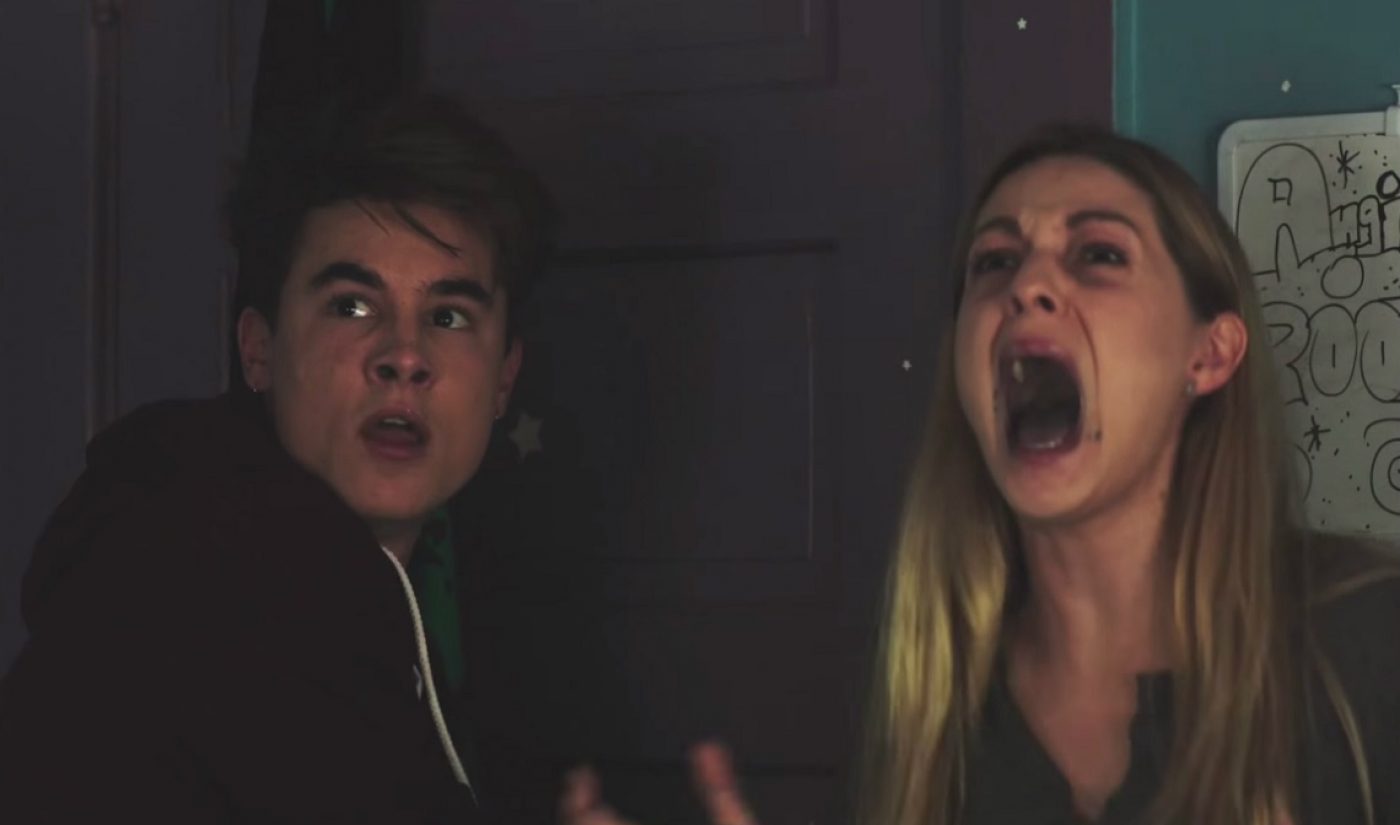 Kian Lawley is getting his fans excited for his first feature film. The former member of the now-disbanded YouTube supergroup O2L released the official trailer for the horror flick The Chosen on his YouTube channel on June 24, 2015.

In The Chosen, Lawley plays Cameron, a young man who must decide to end the lives of six family members to save his niece, who’s been possessed by a child-snatching demon. The Chosen co-stars Mykayla Sohn and Elizabeth Keener, is produced by Terror Films and SUPERGRAVITY Pictures, the film studio created by Max Benator and Marc Hustvedt for features starring YouTubers.

Lawley, who boasts over 2.7 million subscribers on his channel (and now has 1.3 million on his joint channel with Jc Caylen) originally released an exclusive teaser trailer for The Chosen at an event during Playlist Live back in February 2015. And this isn’t the first time Lawley has been involved with a feature film. The 19-year-old vlogger participated in a marketing stunt back in October 2014 for Universal Pictures’ Ouija, and Lawley is also starring in the AwesomenessTV film Shovel Buddies.

You can learn more about The Chosen and purchase tickets on the film’s official website. The Lawley star vehicle hits theaters and digital platforms worldwide on July 24, 2015.