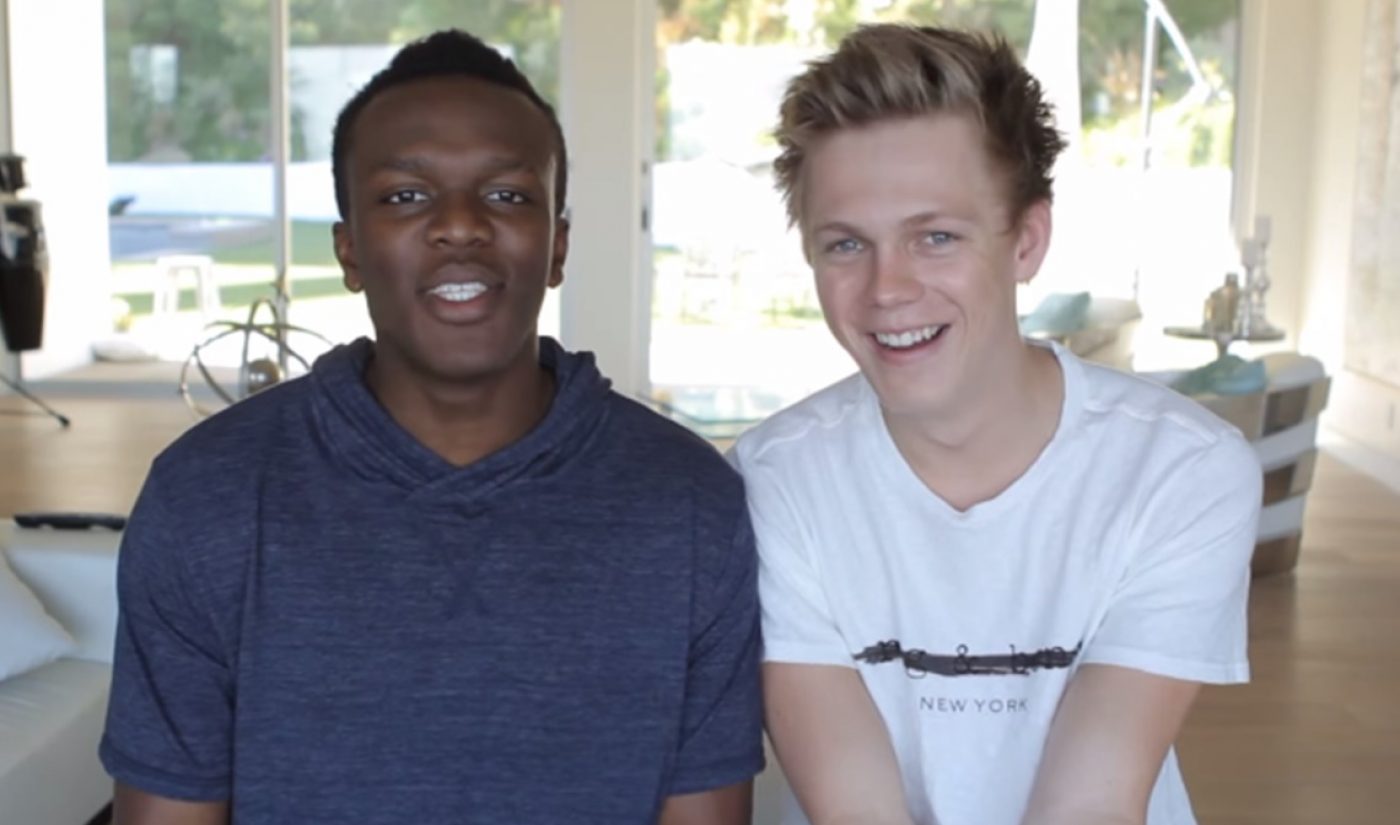 The trend of feature films led by YouTube stars is not strictly an American phenomenon. British YouTube star Olajide Olatunji, known online as KSI, and South African vlogger Caspar Lee will star in Laid In America, an upcoming feature film whose cast is filled with YouTube stars.

As TheVideoInk notes, Laid In America began filming last month and promises exactly what it says in the title. KSI and Lee will play a pair of friends who cross the pond in an attempt to score with Stateside women. The supporting cast is full of YouTube stars: Timothy DeLaGhetto, Josh Leyva, and Josh Golden will all make appearances.

Laid in America is helmed by a notable YouTube channel as well. Bad Weather Films, a sketch comedy hub, is directing the film and co-producing it alongside Max Gottlieb.

KSI and Lee are frequent collaborators who are also two of the biggest stars on YouTube. Together, they have nearly 14 million subscribers, so Laid In America has a good change to equal the success of similar films like Camp Takota and Expelled.

Up to date news about the film can be found its official Twitter feed.