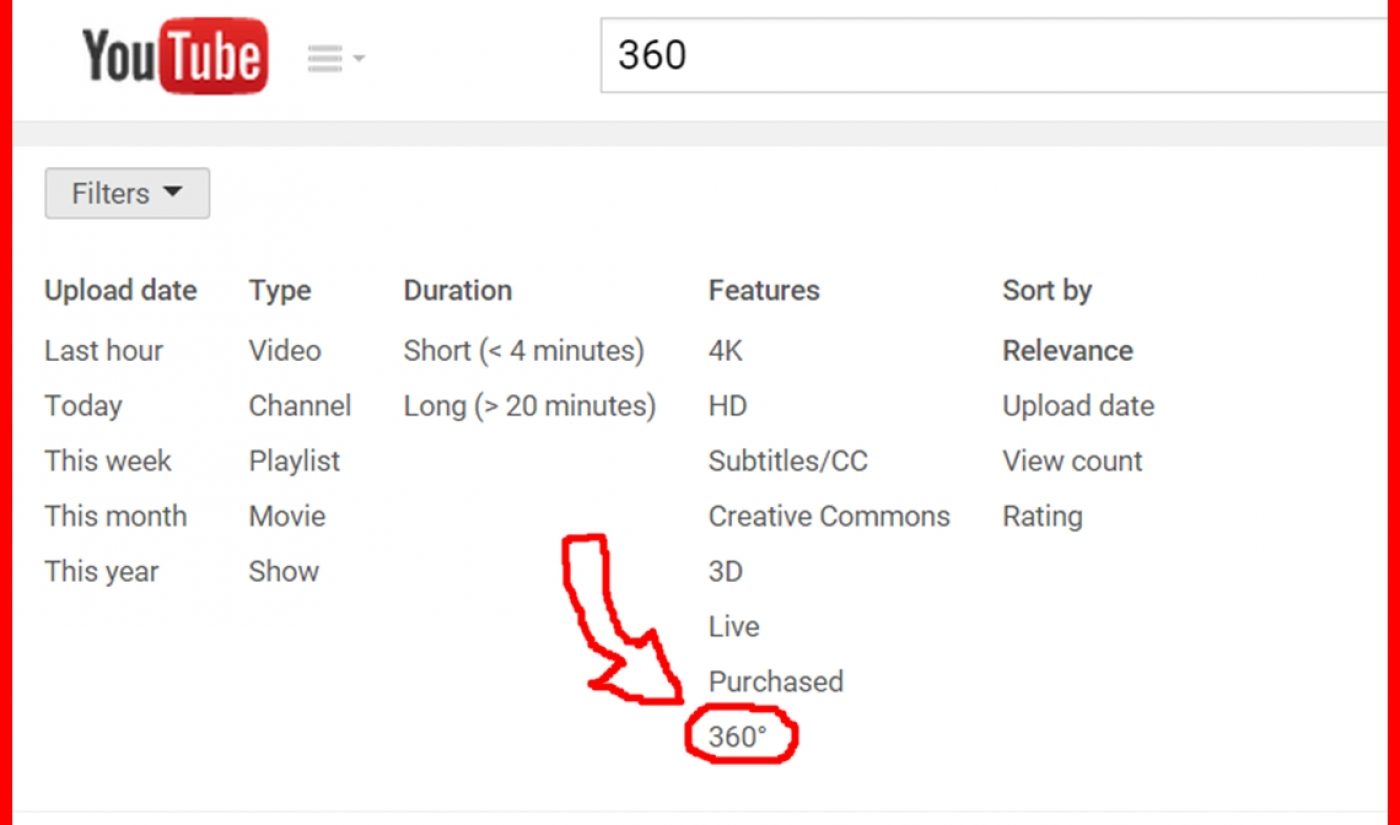 In March, YouTube announced support for 360-degree videos shot on cameras like the Kodak SP360 and the Ricoh Theta. Since then, the online video community has heeded YouTube’s call for panoramic footage by delivering thousands of videos shot with 360-degree cameras. In order to help viewers find these hi-tech offerings, YouTube has added a new filter to its search page that lets users filter out 360-degree results.

The 360-degree filter works just like any other filter on the site. From a drop-down menu, YouTube users can choose to limit their search results by clicking a button labeled “360.” By applying this filter to a basic search for “youtube,” we found a lot of fun 360-degree offerings, including this panoramic tour of the Rooster Teeth office, which was released on the gaming network’s Let’s Play channel:

If you’d like to add to YouTube’s collection of 360-degree videos, you can find detailed upload instructions on the video site’s official support page.