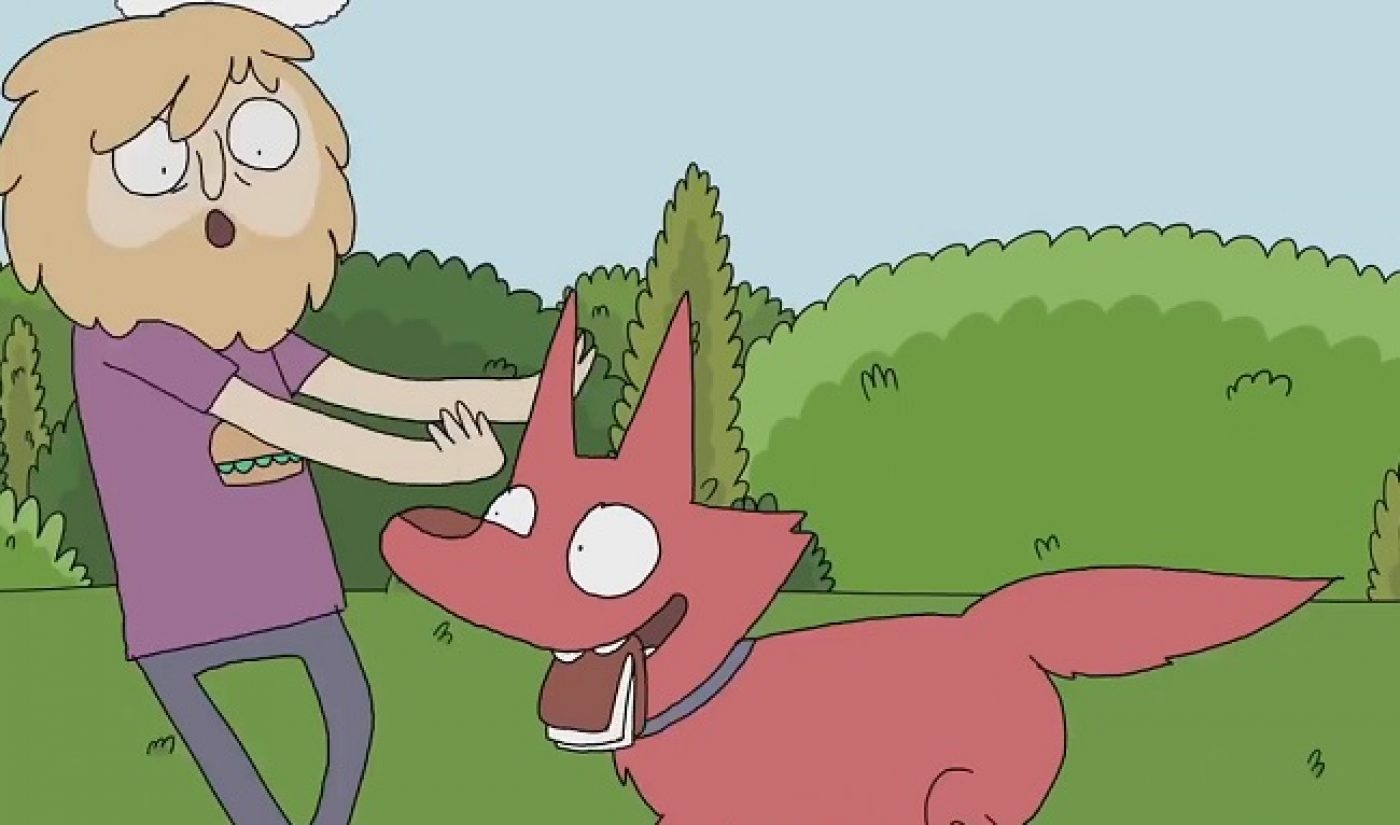 Frederator Studios is moving one of its digital properties to the television screen. The production house behind web series like Cartoon Hangover‘s Bravest Warriors, has joined forces with Australian animation company Studio Moshi to co-produce the series Rocket Dog for global TV broadcast.

Roach originally pitched Rocket Dog to Frederator as part of the studio’s Too Cool! Cartoons incubator project, after Frederator discovered her sketches and animations on Tumblr. The first major releases to come out of the incubator were two Bee and PuppyCat shorts, which debuted on the Cartoon Hangover channel in the summer of 2013. Frederator later raised over $800,000 via Kickstarter to develop a full season of Bee and PuppyCat. Rocket Dog, however, marks the first time Frederator Studios will develop an animated series specifically for linear television and international distribution.

“It’s a new golden age in animation, when Frederator can discover a world class creator like Mel Roach from an animated GIF, and produce a film with global appeal,” said Fred Seibert, founder of Frederator Studios, in a release. “And then, to collaborate with a world class partner like Studio Moshi to bring the series to television supports our expansion from TV to the online universe.”

“Frederator Studios is a powerhouse in the animation world and we truly see a lot of potential in Mel Roach and her new series Rocket Dog,” explained Andrew Davies, CEO of Studio Moshi. “We are sure that Rocket Dog will have global appeal and we look forward to working with Mel and Frederator to bring it to broadcast.”

Rocket Dog isn’t the first international cartoon Frederator has picked up for distribution. In an effort to expand its global offerings, it released an English version of the Chilean-based series Fin Punch!, which debuted on February 5. The series currently has five episodes live on the Cartoon Hangover YouTube channel.

No release date for Rocket Dog has been announced as of yet.