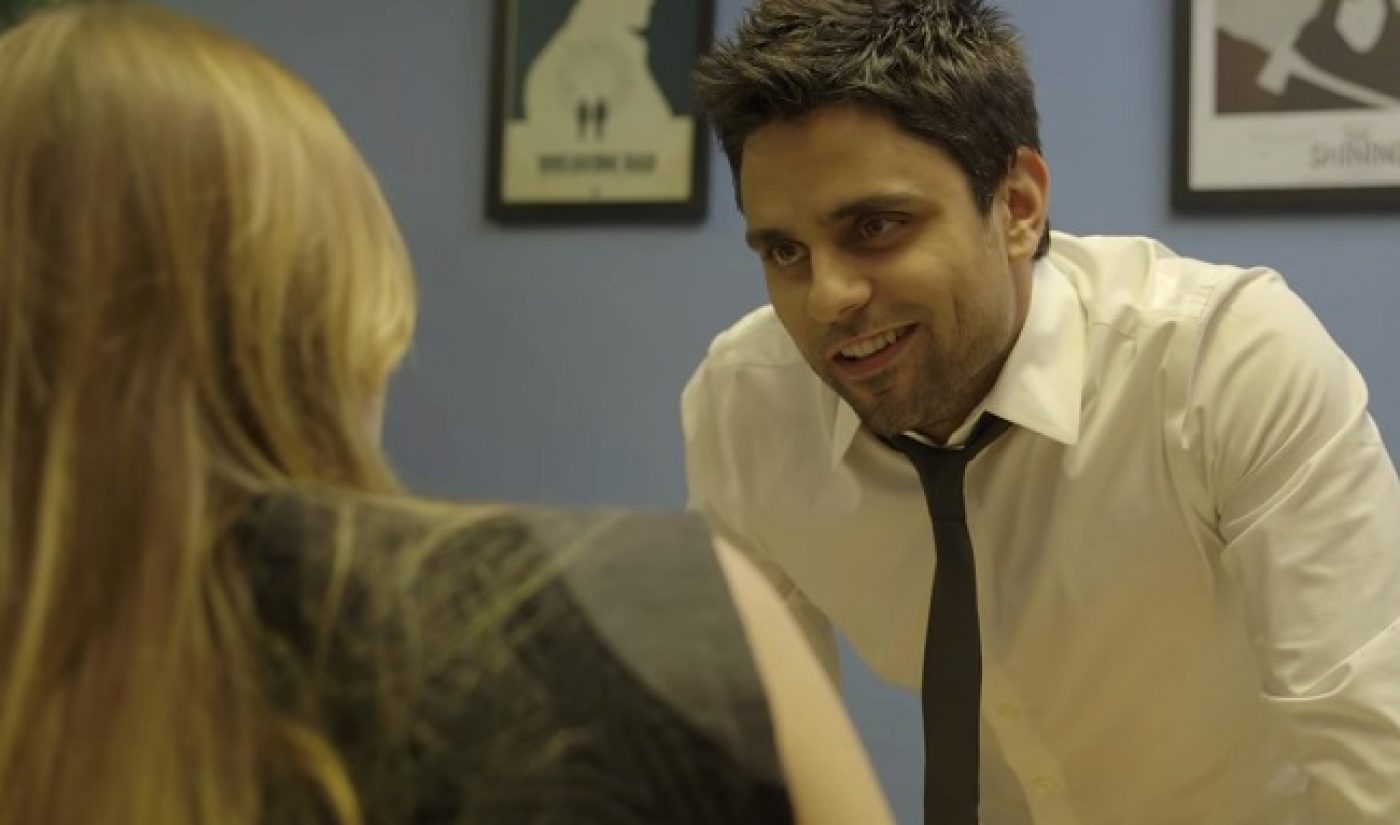 Ray William Johnson is back and ready to entertain on YouTube. After handing over hosting responsibilities of his popular =3 video commentary show to newcomer Robby Motz nearly eight months ago, Johnson uploaded a scripted short titled How to Get a Date to his YouTube channel.

How to Get a Date (also titled Booze Lightyear, according to the video description) is a well-paced sketch stuffed with some of the most cringe-worthy pick-up lines you have and haven’t heard. Viewers are introduced to a group of three women interested in a new male co-worker, and a group of three men (one of them being Johnson) eyeing a new female colleague. Members of each group believe they can get a date with the respective male or female co-worker before the other members do, and comical awkwardness ensues.

Johnson is certainly no new face to the realm of scripted entertainment. The ex-Maker Studios creator released a five-part web series called Riley Rewind in December 2013 through his new Runaway Machine studio. Riley Rewind stars Johnson’s then-girlfriend, collaborative partner, and fellow YouTuber Anna Akana, who plays a teenage time traveler who must go back in time to stop a bomb from destroying her school. The series did immensely well for itself. Johnson reported it got about 10 million views on Facebook alone.

While Johnson no longer has the most-subscribed YouTube channel (that honor now lies indefinitely with PewDiePie), he still has plenty of followers to enjoy his How to Get a Date short. The 33-year-old creator currently has 10.8 million subscribers on his channel.