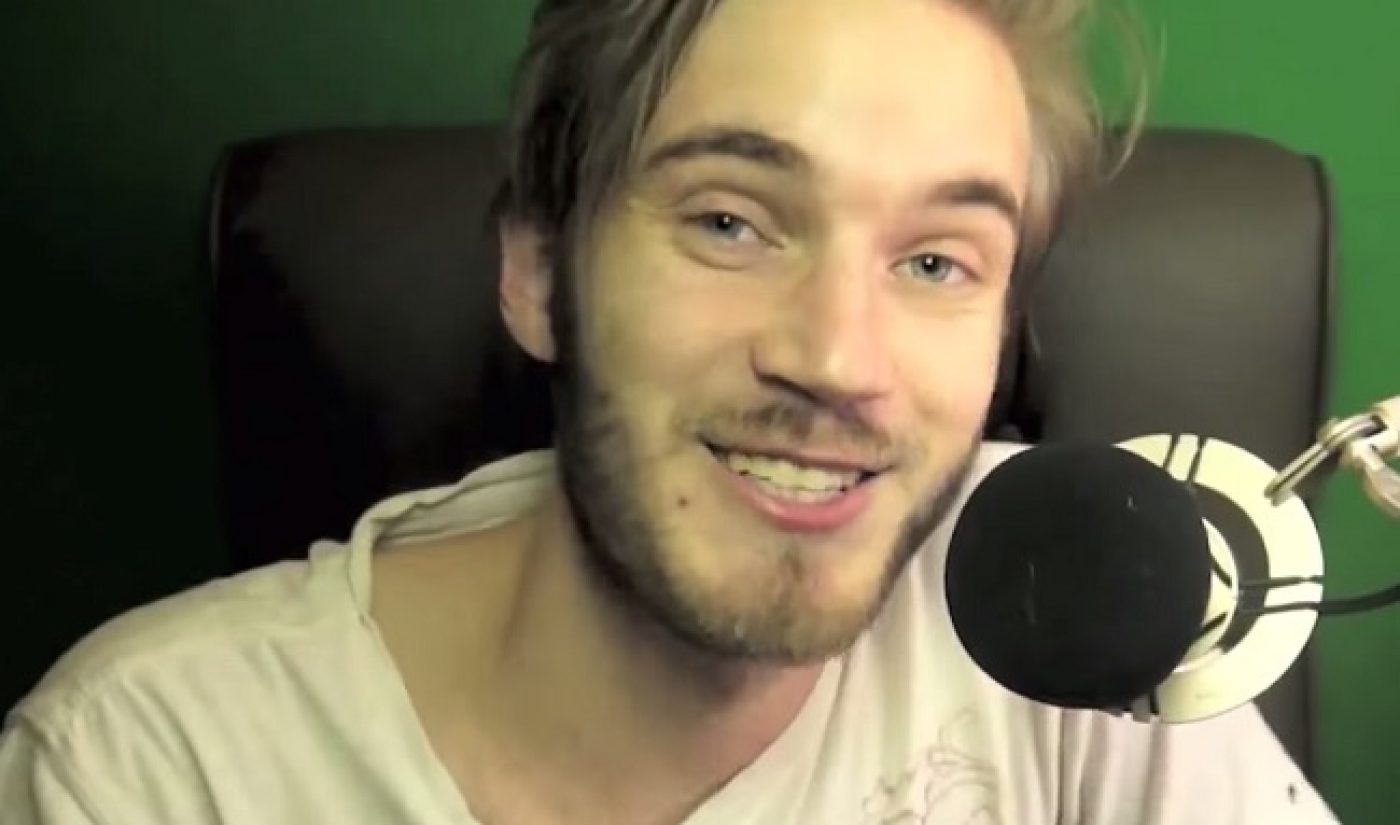 Felix Kjellberg (aka PewDiePie aka the Most Subscribed and Viewed YouTube Channel of All Time) would like you to “troll the hell” out of him by writing some questionable and no doubt ridiculous short stories with the 25-year-old Swede as the central character. The online video gamer with an unstoppable subscriber base (he now boasts 34 million subscribers on his YouTube channel) has teamed up with Mountain Dew to host a fan fiction contest.

Kjellberg made the contest announcement via a video on January 7, 2015, in which the YouTube gamer notes how fanfiction makes him feel kinda gross, so it makes perfect sense for him to host this kind of competition. Members of PewDiePie’s massive fan base (aka Bro Army) have always had fun writing stories about him in their free time  and now they can put those efforts towards the goal of winning a pretty sweet prize and, in the words of Kjellberg, “make more of the love happen in the joy of words.”

PewDiePie’s Mountain Dew-sponsored fan fiction contest runs until January 30, 2015. Submissions of a maximum 500 words are allowed from anyone in the world over the age of 18 or of legal adult age in their respective countries. Each writer is also only allowed to submit a total of five different stories for contention.

Fans must write either an action, comedy, or horror-genre story, and writers can choose from a list of guest stars, supporting characters, and props (including Mountain Dew products) provided on PewDiePie’s website. Three different winners will be selected, and their fan fiction will be masterfully turned into animated sketches to run on the Swedish gamer’s YouTube channel sometime in the not-so-distant future.

You can see all the rules and submit your PewDiePie fan fiction before January 30 on the YouTuber’s website at pewdiepie.com/fanfiction.