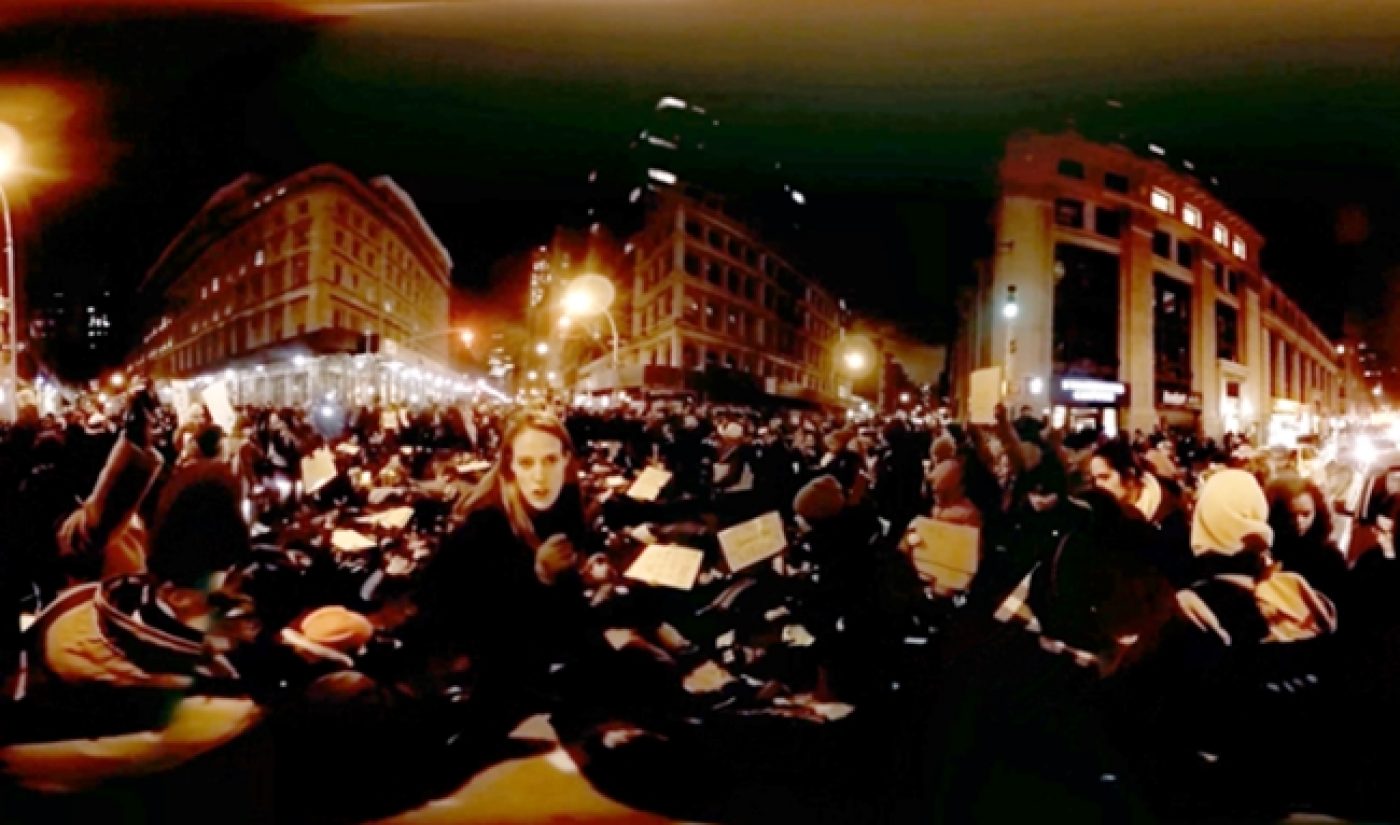 Vice News prides itself on its intimate, personal reporting style, and the publication’s latest venture brings that intimacy to a new level. Spike Jonze and Chris Milk are the filmmakers behind Vice News VR: Millions March, a news feature available on virtual reality (VR) devices.

Jonze and Milk premiered the VR film at Sundance. Millions March is hosted by Alice Speri, a Vice News correspondent who attended the large-scale protests in New York City that followed grand jury decisions in the cases of Michael Brown and Eric Garner. Speri captured footage with a 360-degree camera, and her completed feature was uploaded to an app designed by VRSE, a VR development company founded by Milk.

Viewers are able to download VRSE’s app via the iTunes Store and Google Play. The first VR device to support this app is Google’s own Cardboard, but viewers are also able to view Millions March on newer mobile devices–albeit without the incredible VR experience.

For many forward-thinking content creators, VR is the an exciting new platform for online video distribution. YouTube, for example, also plans to support videos uploaded from 360-degree cameras.

“My hope is that VR is the tool we need to stir more compassion for one another,” Milk said in a statement. “I think VR holds the potential to fundamentally change journalism.”

Jonze co-helmed the project thanks to his role as Vice’s creative director. The filmmaker best known for works like Being John Malkovich and Her previously collaborated with Vice on the YouTube Music Awards.

Beyond Millions March, Vice plans to develop other VR projects alongside VRSE.