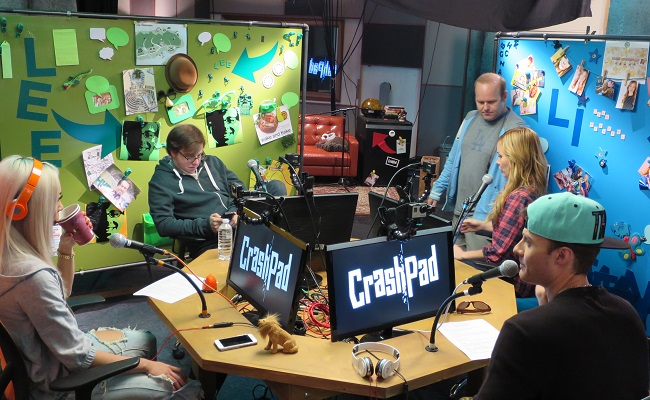 Maker Studios is bringing some comedy to the online video masses this holiday season by way of a shiny new original series. CrashPad, hosted by YouTube’s parody king Bart Baker, will debut its premiere episode on December 5, 2014.

CrashPad boasts an unusual format, concocted from the idea that the series should be accessible via different mediums. The 12-episode program will be part talk show, part game show, and part video clip show, with commentary on the most talked-about videos online that Maker will source from Jukin Media’s large collection of viral clips (which makes sense considering the two companies inked a deal in April and Maker is an investor in Jukin).

Maker will distribute CrashPad on its own site as well as on YouTube and Music Choice’s platforms. The multi-channel network has worked with Music Choice previously, as the two companies partnered earlier this year to distribute over 500 hours of Maker programming (some of which was from Bart Baker) across multiple Music Choice channels.

“Teaming up with both Music Choice and Jukin for a cross-platform program is hugely exciting,” said Bonnie Pan, Executive Vice President of Programming at Maker Studios, in the release. “We are thrilled to collaborate on an innovative new comedy format that features some of the biggest digital stars today—we can’t wait to see what audiences both new and old will think.”

“Securing the US TV distribution rights for CrashPad continues to demonstrate Music Choice’s commitment to bringing the best programming to our network for millennials,” added Damon Williams, Music Choice’s Vice President of Programming. “Maker has been a great partner for us this year and we are very excited to extend it with this deal.”

CrashPad will air each 11-minute episode on Fridays at 9 PM EST, starting December 5. You can watch the show on Maker.tv, Music Choice Play, or Music Choice On Demand. Alternatively, you can check out shortened versions of each episode on Baker’s YouTube channel along with his 4.5+ million subscribers.