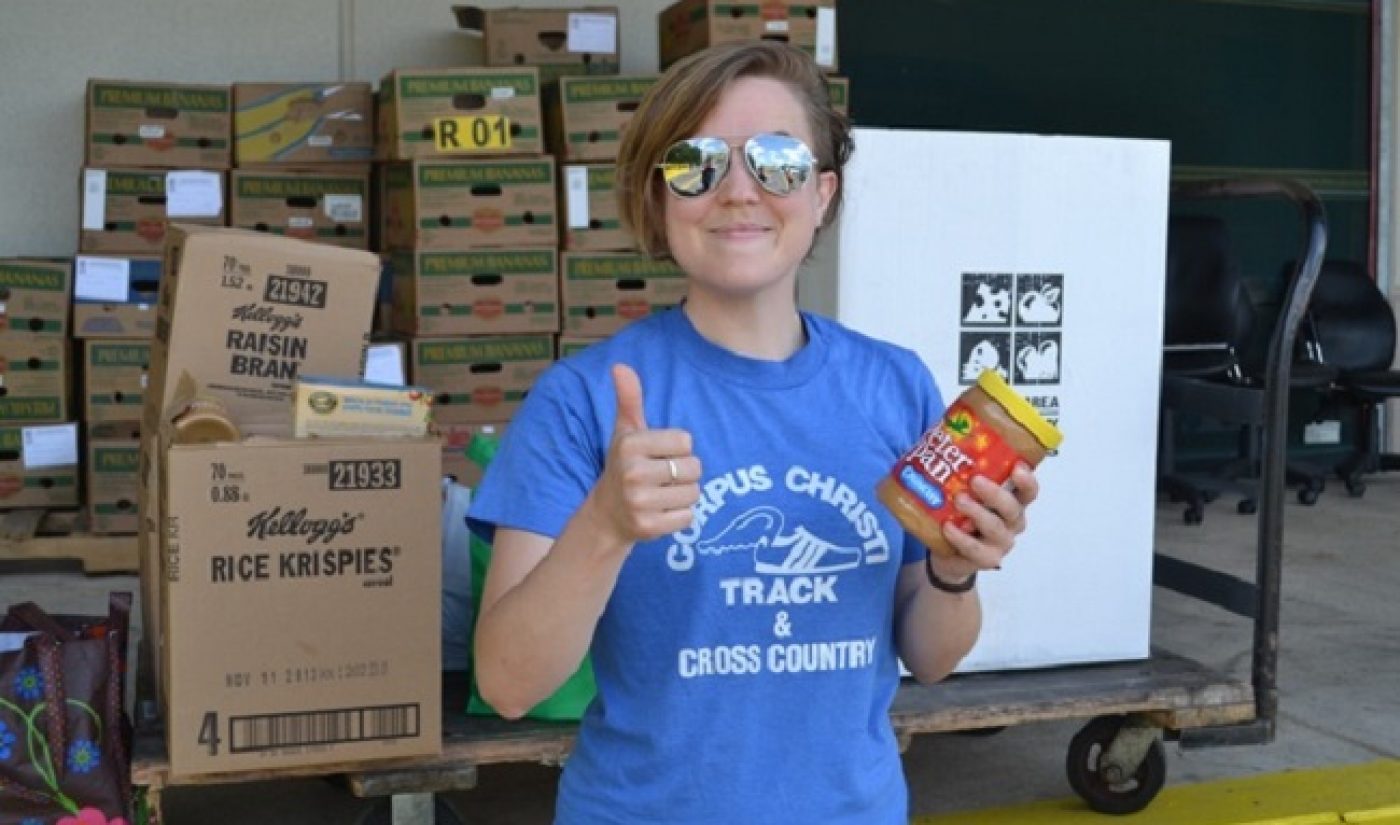 Hannah Hart is well-known for cooking and baking while drunk, but her volunteer movement is picking up steam, too. The monthly “Have a Hart Day” has spread to 11 different cities, starting this December and going through March of 2015.

“Have a Hart Day” is an event Hart or her fans set up in cities around the world where people can volunteer at their local food drives. Hart announced she’ll be attending the Los Angeles event, which will take place on December 13 at the LA Regional Food Bank. Hart’s fans organized five other events for the same day, spreading “Have a Hart Day” across the U.S. and even to New Zealand. These events will take place in Englewood, New Jersey; Wilkes Barre, Pennsylvania; Bronx, New York; San Francisco, California; and Auckland, New Zealand.

Besides these six volunteer gatherings, Hart and her followers (known as “Hartosexuals”) have planned out even more “Have a Hart” days, spanning across several different cities and running all the way through March of next year.

Here’s a full list of cities, dates, and (local) times for each “Have a Hart Day” currently scheduled:

Hart has frequently used her YouTube stardom to organize volunteer events. She coordinated a few of them at select stops on her U.S. and Canada Hello, Harto tour and also made a video with Mary Louise Parker where the two baked (and drank, of course) to raise awareness of and money for Hope North, a charity dedicated to educating children who were victims of Uganda’s civil war.

For a closer look at the event, check out the video below, posted by an attendee of a “Have a Hart Day” in Los Angeles this past June. If you’d like to participate in one of the “Have a Hart Day” events, you can sign up here. Otherwise, consider starting up an event in your own city to spread the charitable giving of Hartosexuals to even more needing communities.