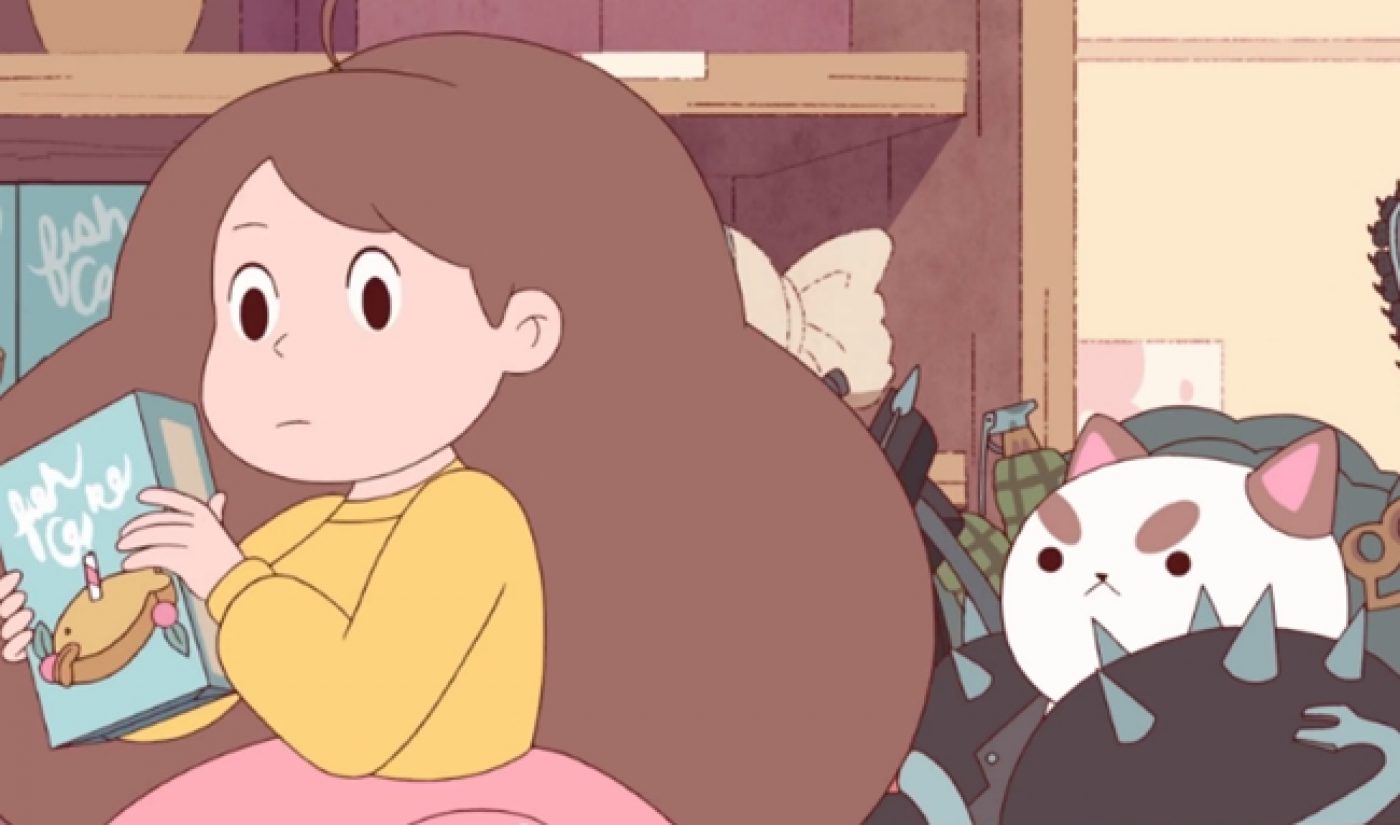 Nearly 17 months after it first debuted on the Cartoon Hangover channel, Bee and PuppyCat is back. Natasha Allegri‘s imaginative animated series, which follows a plucky heroine and her mysterious pet across space and time, has begun a ten-episode first season.

Bee and PuppyCat began as a two-part short, in which a girl named Bee finds an adorable creature named PuppyCat. A few trans-dimensional portals later, Bee and PuppyCat begin taking intergalactic temp jobs in order to pay the bills. The short was well-received, particularly by women and fans of Adventure Time, on which Allegri works as a character designer.

Bee and PuppyCat‘s success led to a Kickstarter campaign launched by Frederator Studios. That campaign proved to be wildly successful, raising $872,133 and setting into motion a ten-episode series chronicling the adventures of Bee and PuppyCat.

“Bee & PuppyCat is one of those series that comes along only once in a long while,” said Fred Seibert, head of Frederator Studios. “It’s such a singular vision and we couldn’t be more proud of the direction it’s taken. Natasha is a distinctive voice in animation and we can’t wait for fans to see what she’s done with this first season of episodes.  There is no doubt in my mind that Bee & PuppyCat will establish itself as a true defining moment in animation.”

Bee and PuppyCat‘s first two episodes have already drawn plenty of attention, drawing hundreds of thousands of views less than a day after their release. Keep an eye on Cartoon Hangover to view new installments as they arrive.